Jack Crow is the anti-hero in the 1990 novel Vampire$, by John Steakley. Set in the modern world, it centres on a company whose business is to hunt deadly vampires.

The novel inspired a movie of the same name, though there were significant differences.

He is also a man of great stamina and fortitude, both physically and mentally.

He has a strong commanding presence.

Crow is an expert on vampire hunting. Inasmuch as he is the longest surviving practitioner, going on three years.

His displays of strength are quite impressive at times. 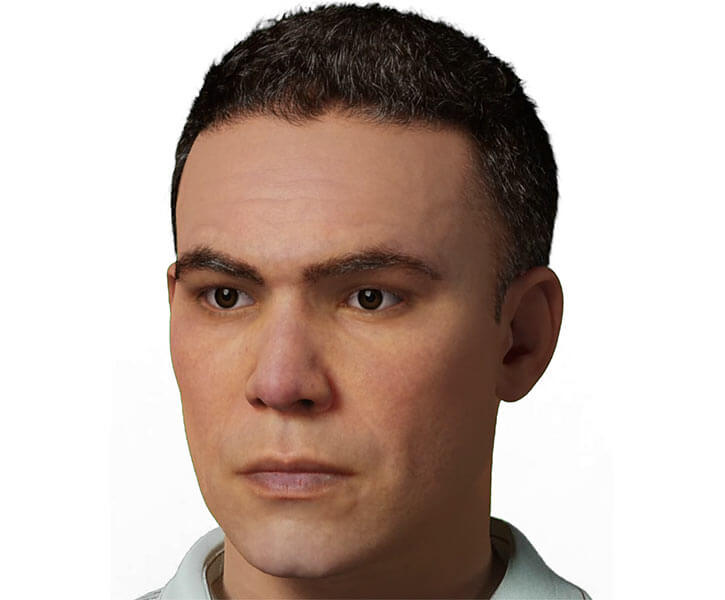 Jack Crow started his career in government service with the US Army in Việt Nam. Then he went straight from the military to the “initials” phase of his government work (CIA, NSA, DEA, etc.).

He was a highly successful agent, but also more than a bit of a cowboy. Crow was promoted, demoted, and fired from almost every law-enforcement agency in the Congressional Registry.

It was during this time that he met Felix. Both shared their life stories while hiding out from a mob due to a case of mistaken identity.

Felix later saved Crow from some fellow smugglers trying to make their mark by killing a DEA agent – namely Crow.

Crow later learned of or was recruited by Vampire$, Inc.. It was a vampire hunting company secretly backed by the Vatican.

The Vatican was afraid that if it publicly acknowledged the existence of vampires or other supernatural menaces that it could lead to a second Dark Age. Thus, it used shell companies such as Vampire$, Inc., which was the North American vampire hunting group.

The world at large dismissed Vampire$, Inc. as a con-job.

Crow joined as the leader of the field team, called Team Crow. He served for three years, a record career length in that field, during which time he cleared out 18 nests.

The 18th turned out to be a trap. After apparently killing all of the vampires, the team was ambushed during their celebratory party by a Master Vampire.

The Master killed everyone but Crow and Cat, the man who served as second-in-command. 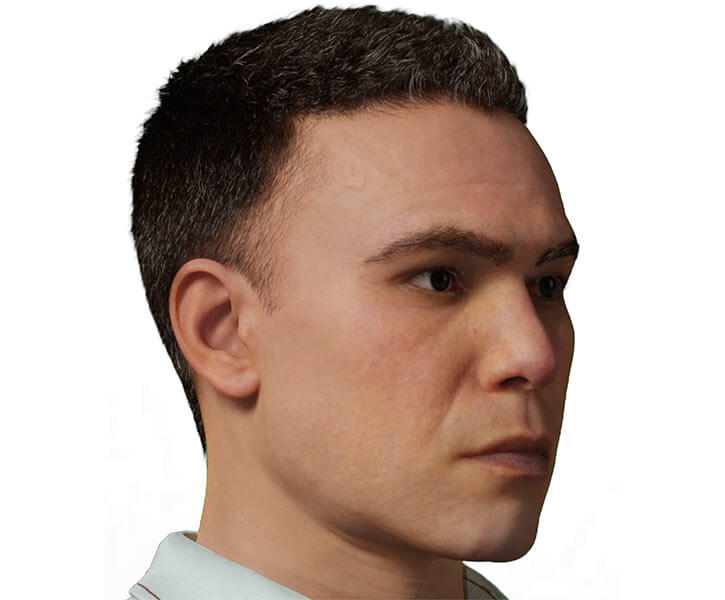 Crow recruited some new people, and moved some of the support team to a field position to compensate for his losses.

His best new recruit was William Felix, a gunman of extraordinary talent. Felix was brought in because Jack discovered (with some input from the Vatican) that silver bullets could — under certain conditions — do extra damage to vampires.

Felix refused at first. But he capitulated when Crow told him that the next job, in Cleburne, Texas, seemed to be a trap arranged by the vampires in league with the town officials.

True to Jack’s suspicions, Cleburne was a trap. Despite the attempts of the Cleburne officials to circumvent Crow’s efforts, Team Crow still managed to kill every vampire in the town. They did not lose anyone, and even recruited a new member in the process.

But in the wake of these events, Felix convinced Crow that his team was effectively done.

She had been a thrall of one of the masters at Cleburne and had contacted Team Crow to help him kill them. She had, however, used this opportunity to escape the master. But she hadn’t felt safe telling them the truth until they had killed him.

It was by then evident that the vampires simply knew too much about them. Team Crow needed to head to sanctuary at the Vatican and regroup.

Unfortunately, other master vampires were still tracking the team. These vampires killed most of Team Crow before they could leave Texas. Even Crow died, killed in a suicidal attempt to assassinate one of the masters.

As it turned out, Crow had been taken by the Master and turned into a vampire.

Crow’s incredible willpower allowed him to actually penetrate the grounds of the Vatican, something no other vampire could do.

He went in to assassinate Felix, but Felix had expected him. The Pope killed the Crow-vampire with his blessed touch.

Jack Crow is a huge man, “six-feet-two of muscle and resolve and mean,” weighing in at 200+ pounds.

He usually radiates a very intimidating aura, but can be invitingly charming when he feels like it.

He is a very open man, with whatever emotions he is feeling plainly evident upon his face. Though he can be a very convincing actor when need be. 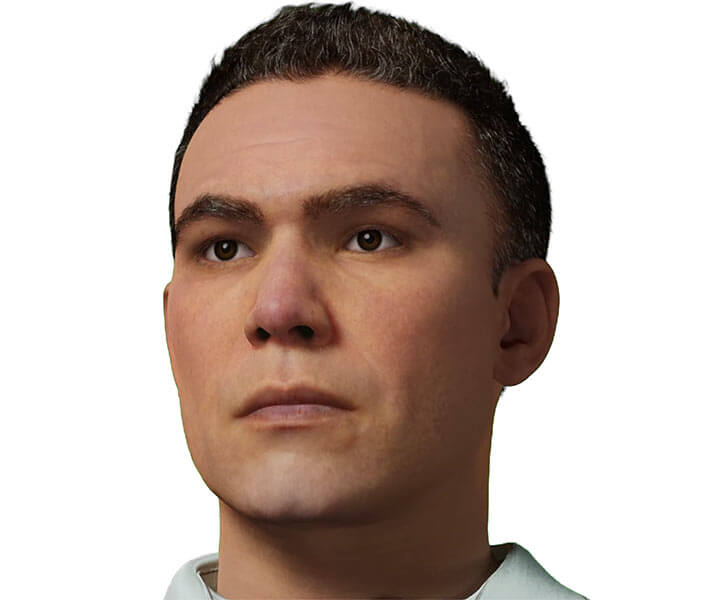 In a word, Jack is angry. He is outraged about all of the things that are wrong in life. He is even more outraged about the willingness of most people to avoid these injustices rather than confront them head on.

Consequently, he has found himself working in the field fighting to make a difference most of his life. He usually does that alone, because his fanaticism made him a demanding and often impolitic person with which to work.

He would confide in close friends that the most important thing in life, in his opinion, was Style. No one can get rid of all the evil in the world and no one lives forever, there’s no final score or tally. Thus, all there is is what you did while you were alive.

Like the rest of the team, Crow partied heartily during his off time. They did so in the same manner that most men do when they work in a highly stressful and extremely dangerous occupation.

Jack’s fanatical resolve had its disadvantages. He could not hide his disgust for people he considered weak or cowardly. He would often get enraged when someone interfered with him or was hesitant to deal with the uglier realities of life.

He also had what even he referred to as “John Wayne Fever”, when he often would not back down or retreat even when it might be the prudent thing to do.

He took great pride in working with his fellow vampire hunters, because they had the same level of resolve and dedication as he. However, he also felt great pain when each of them died. He carried the deaths of each one of these, the finest men he had ever known, as a personal burden.

This guilt led to Jack’s suicide in the form of a hopeless attack upon a master vampire. 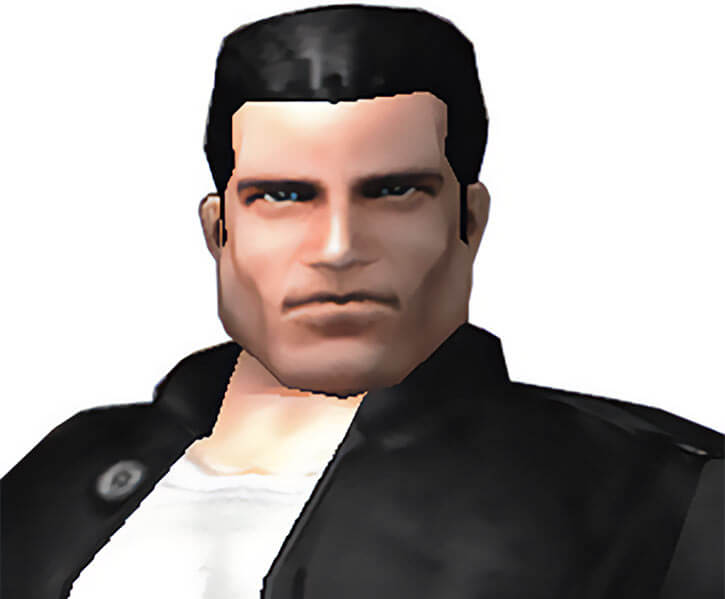 The vintage character art Roy did back when he wrote this profile. Back then, City of Heroes was our go-to character portrayal solution.

“I kill vampires for money. A lot of it. So don’t tell me there ain’t no God. I know fucking well there’s a God. I just don’t understand Him.”

“Fuck your buildings and fuck your town and fuck your mayor and if you aren’t gonna help us — *knowing* we’re right — just because you’re afraid of a little risk… Well, then, fuck… you… too !”

Jack Crow could have crossed paths with any number of heroes during his law-enforcement days, most of which focused around the US/Mexico border. He might have served as field leader of some version of the Suicide Squad à la Rick Flagg.

Team Crow might be encountered by anyone battling a supernatural menace. It was strongly implied that the Vatican had other specialist monster hunting teams, and Team Crow could just as easily have been tasked with werewolves, demons, or any other mystic threat.

Note that while the team works for the Vatican, they’re by and large not particularly religious men nor dogmatically loyal. They would act on their own instincts of what was right whether the church agreed or not. So they could work comfortably with men like John Constantine.

Crow might also be working security for any number of government complexes. Given his drive to be actively involved in events, he would have to have a special reason to take such a relatively reactive assignment.

Perhaps the facility could be involved in research of extraterrestrial or even extra dimensional invaders à la Phobos Base in Doom or the Black Mesa Research Facility in Half-Life.

Crow might also be investigating rumors revolving around such a place when all hell breaks loose (perhaps literally). He could be the one that calls for a PC group’s help in a crisis (over the administrator’s protests) and act as a guide for the PCs when they arrive on the scene. 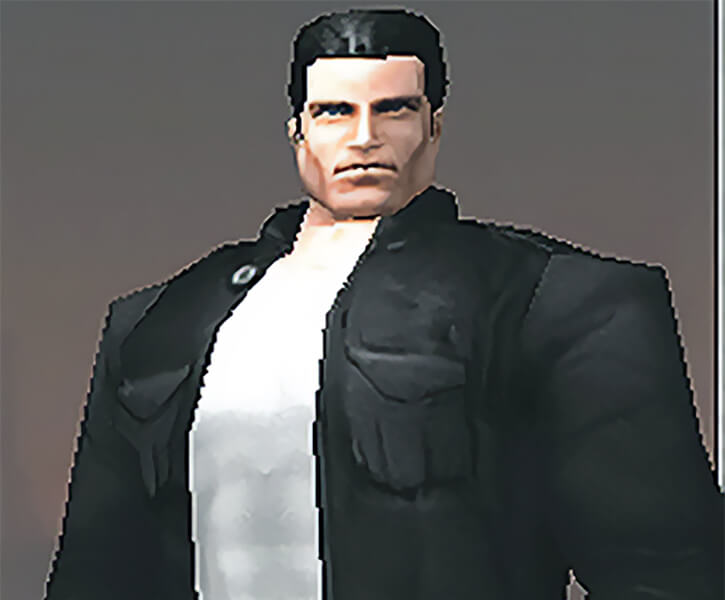 Crow’s Expertise in Psychology does not represent formal training, but rather his uncanny knack for reading people’s true feelings.

At least one Great Master (High).