Jack Frost (Dane McGowan) is a young man of unlimited potential and great power. his Sorcery takes the form of unexpected and usually synchronistic effects.

Examples include inexplicably knowing Boy’s location, or using the power word TOTEP to mentally attack Mr. Six and the police.

Dane is said to be a Buddha, possessing a perfect soul.

Dane was brought into the Invisibles by King Mob and Tom-O-Bedlam, who recognized his potential. At first he was reluctant to join in the war. He also questioned what side the Invisibles were actually on and how anyone would know.

After being transported back several centuries in time, losing part of his finger to Orlando, and killing a man in self defense, Dane ran away from the group. He only returned after being convinced that he could never return to a “normal” life.

Since coming to terms with his identity as Jack Frost, Dane has matured greatly, both emotionally and in his power. He was able to hold off a direct psychic assault by the King-of-all-Tears single handedly. He also could encounter such entities as the Chessman (Lucifer ?) and the Harlequin without being flustered.

In the year 2012 he seems to be the leader of his cell. It includes Takashi, a younger Ragged Robin, Lord Fanny, and an unidentified woman. In that time he has a great deal more controlled power, and it may be the detonation of his “perfected human soul” that sets off Armageddon.

Some time before that, he learns what “Manichean” means.

Jack is an 18 year old punk. He currently has short cropped blond hair, although he has worn it long in the past. He usually wears a t-shirt bearing some sort of rock band logo and jeans, sometimes with a jacket

Jack is a brash, occasionally annoying, brat. His dialogue is liberally sprinkled with profanity. At first he was resistant to what anyone told him from any position of authority.

Now he is much more at peace with himself and self-confident. For instance he entered the Roswell liquid UFO with the Chessman without hesitation. 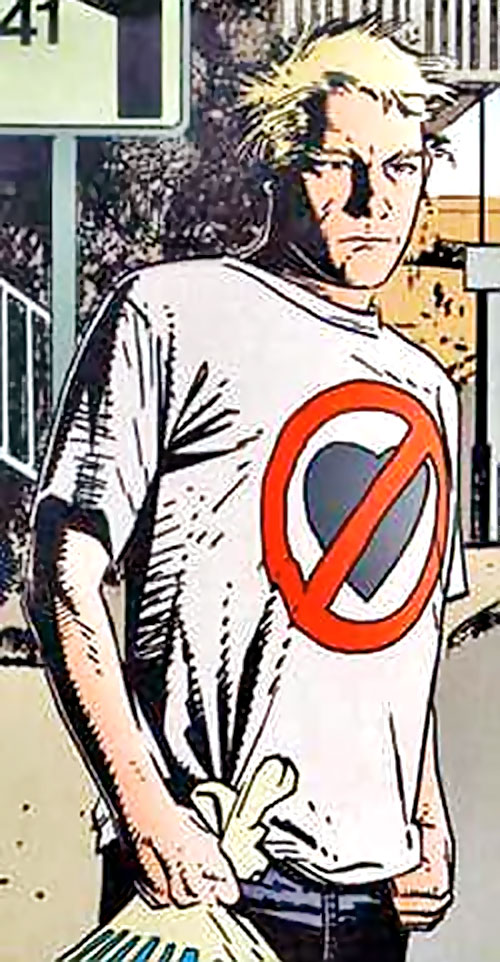 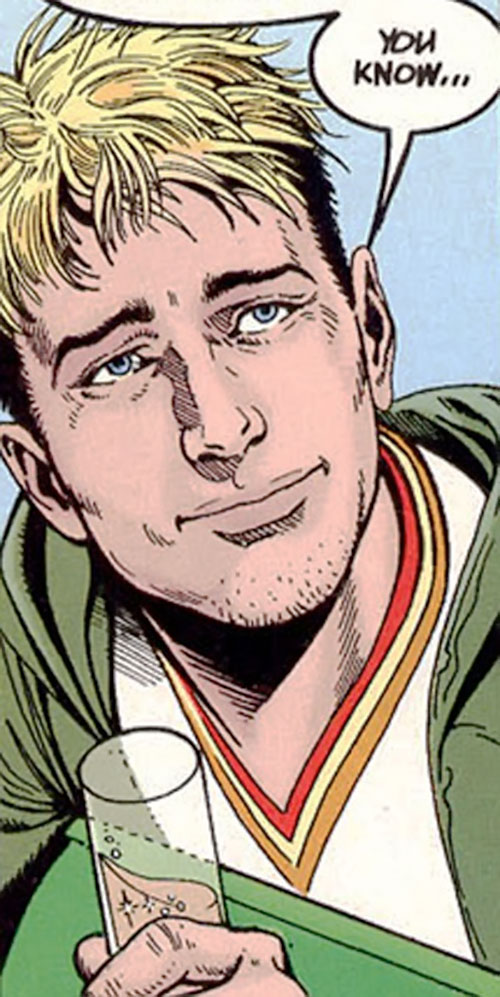