Jack-in-the-box is a witty bantering street hero, a bit like Spider-Man. He’s also one of the few people who can protect Astro City’s beleaguered Black ghetto.

The main Jack-in-the-Box story is about establishing an heroic legacy that can protect an area for decades, without sacrificing one’s humanity. Also, fatherhood. In a way.

Jack-in-the-box is a gifted acrobat, fighter and street-level vigilante.

He also has various detection, stealth and engineering skills. The latter can often surprise opponents used to his normal modus operandi, as Johnson excels at kitbashing gear using haphazard resources – usually to face foes more powerful than he is.

His signature arsenal is :

With his skills, speed, strength and usual equipment, Jack-in-the-Box can easily overcome a half-dozen armed and ready men.

The first and second Jack-in-the-Box apparently had very similar skills and capabilities, and used the same equipment.

Jack-in-the-Box (Roscoe James), the third man to wear the costume, doesn’t have the education, financial resources or technical skills of his forerunners. By super-hero logic, it is possible that his mentor, the second Jack-in-the-Box, upgraded the equipment used by James to compensate.

Jack-in-the-box is one of the signature Astro City heroes. He traditionally protects the lower income areas of the city. 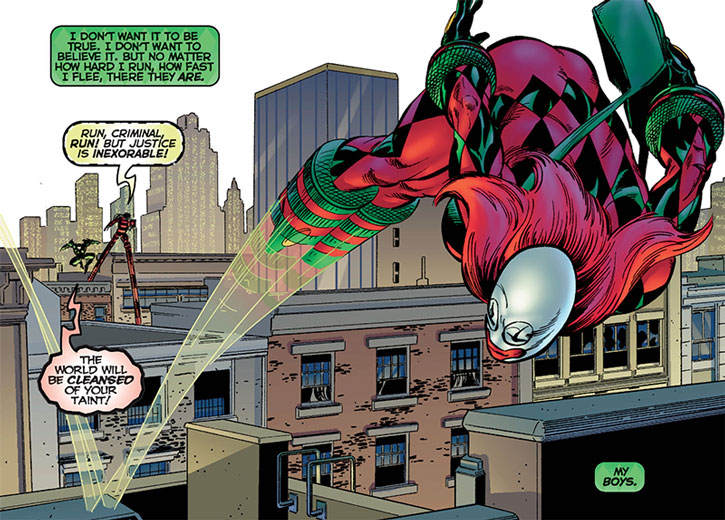 Jack-in-the-Box chased by The Box and The Jackson

Jack has been active since the early 1960s, and the identity has been used by 3 men so far.

The original was Jack Johnson, a toymaker from the Bakerville ghetto. He was brilliant enough to be hired as an engineer and designer by the Whamco toy company despite being African-American. After discovering that some of his designs were used by criminals, he was fired by Whamco and his father was kidnapped to keep him silent.

In 1964 Jack Johnson designed the Jack-in-the-Box identity around several of his inventions. He then freed his dad, took on the mob and exposed Whamco”s criminal activities.

Albeit Jack-in-the-Box primarily dealt with street-level problems and organised crime, he also fought during some major crises. For instance, he was among the many heroes who battled the invaders from Monstro City when Madame Majestrix attacked the USA in 1973.

Jack-in-the-Box was also an ally of such super-heroes as Hellhound. Like many other street-level vigilantes, he became harsher and more violent as the Silver Age gave way to the Bronze Age.

In 1983, Jack Johnson was killed by the crime boss Underlord. 6 years later, his wife died – and his son Zack discovered his parents” secret.

Though he continued with his engineering studies, Zack became the Jack-in-the-Box to avenge his father. He read his journals to inherit his knowledge. Later on Zack wed Tamra Dixon (the popular morning anchorwoman on Astro City’s Channel 3) and founded Z.J. Toys, a small company with a rapid growth. 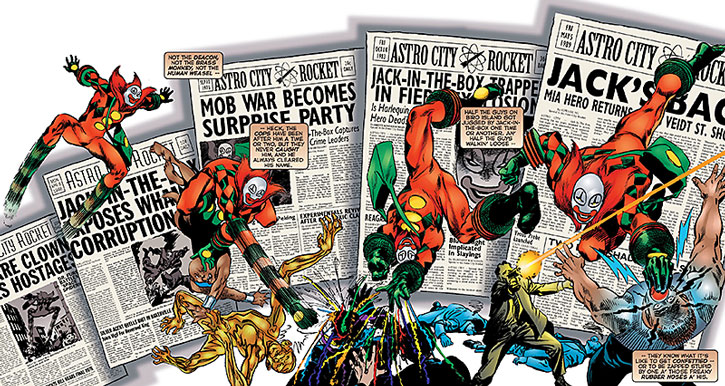 Albeit he chiefly did street-level stuff, he was also involved in more super adventures. For instance he travelled, through time on multiple occasions. This Jack-in-the-Box also was an ally of the Irregulars, a band of young superhuman misfits.

Jack-in-the-Box was among those heroes hunted by the authorities when space aliens secretly took over Astro City. After a E.A.G.L.E. helicopter gunship opened fire on him over the Gaines River, he was feared dead – but soon returned to defeat some of his enemies such as the Junkmaster or the Brass Monkey.

In 1997, after a peculiar incident involving a trio of adult sons hailing from alternate futures, Zack reconsidered the risks of his superheroic career. He had grown up without a father, and did not want to inflict that to his and Ms. Dixon’s child. But Astro City needed a Jack-in-the-Box.

Johnson approached Roscoe James, the founder of the Trouble Boys street gang of Bakerville. The Trouble Boys were a benign gang with a passion for urban acrobatics, often racing Jack-in-the-Box across rooftops and occasionally fighting at his side.

Zack recruited Roscoe to become the new Jack-in-the-Box. He trained him and guided him through his first missions using a radio link and a flying miniaturised video camera.

James was still serving as Jack-in-the-Box in 2003. He apparently teamed up with the Honor Guard (and particularly Cleopatra (Sarah Brandes)) several times. By that point, most were suspecting that Jack-in-the-Box couldn’t be the same person after almost 40 years.

All three Jacks have been athletic, handsome Black men with a dark skin tone. The Jack-in-the-Box costume never was modified – red and decorated with green diamond patterns and yellow circles down the chest, as well as a white “clown face” mask (complete with red smile and “bozo” hair), and a green satchel. 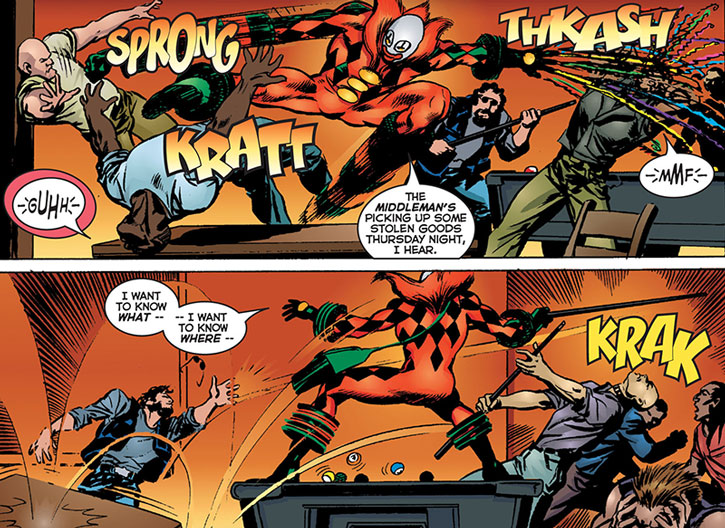 His fistapults and footapults are alternating red and green striped layers which expand out into striped tubes (if you’ve seen one of those “bendy” straws before it’s pulled open, that’s rather what they look like). They never stand still.

Zack is an easy-going, casual personality. As befits a maker of toys, he has a strong sense of humour and a fun-loving demeanour. Beneath this, however, lies a serious sense of duty to others, a desire to protect the innocent and see justice done.

By the time he began as Jack-in-the-Box, the “dark ages” of Astro City were gone, and the coming of the Samaritan had already taken place.

Jack-in-the-Box often maintains a Spider-Man-style banter, having to do with children’s parties, clowns and toys. This is clearly meant to distract and anger, and he’ll drop it whenever needed – for instance if he needs to interrogate somebody or if it’s clearly not working.

(Accosting men carrying a stolen TV) “Call it a hunch, I don’t know, but something tells me you’re not taking that to have it repaired !”

(Disarming a thug) “How many times have your mother and I told you — if you and your little friends can’t play nice, your toys are going to be taken away from you !”

Jack-in-the-Box occupies a niche halfway between Daredevil and Spider-Man, though many of the elements he uses are usually part of villainous identities (such as the Joker or the Jester). He can thus be a good character for a Gamemaster wanting to fill that niche in their campaign. 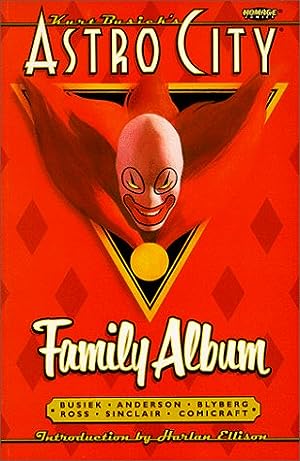 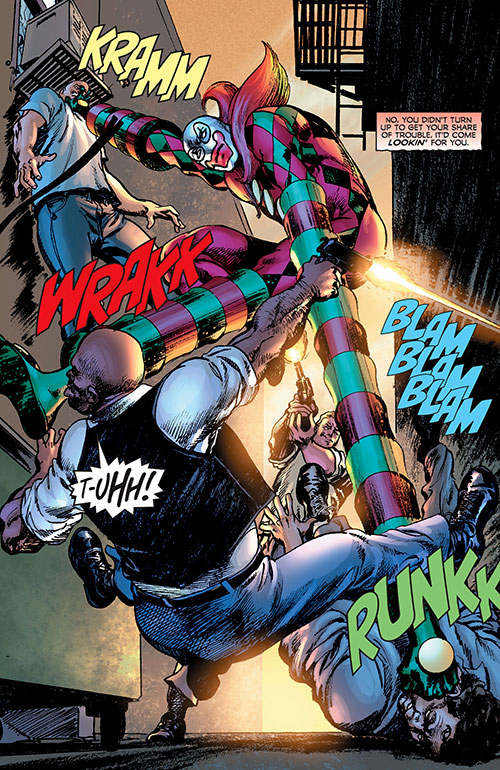 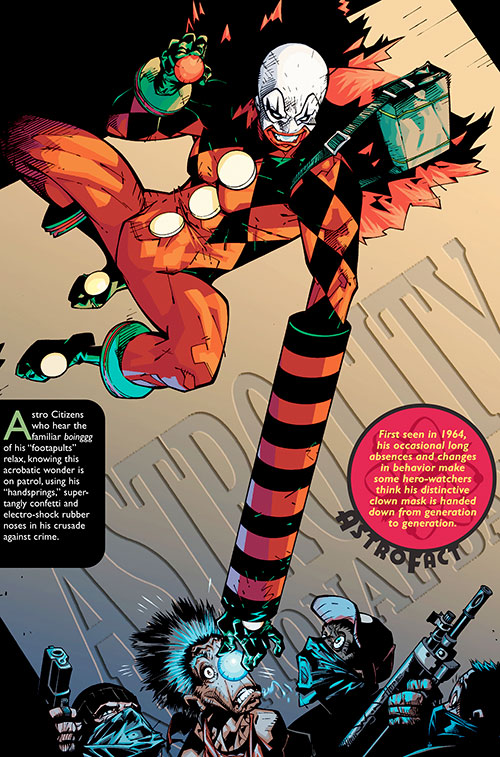 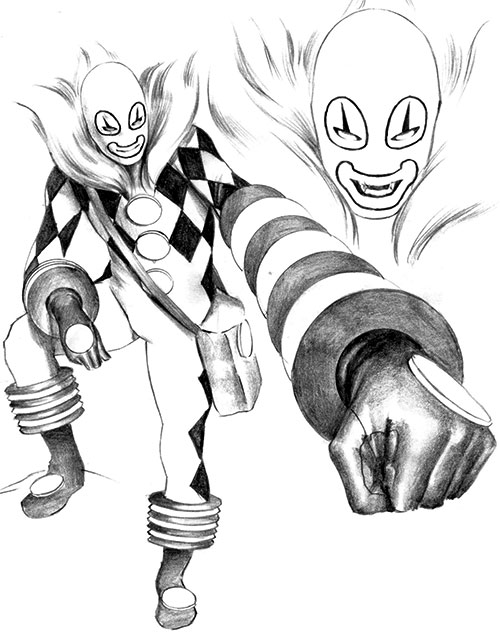 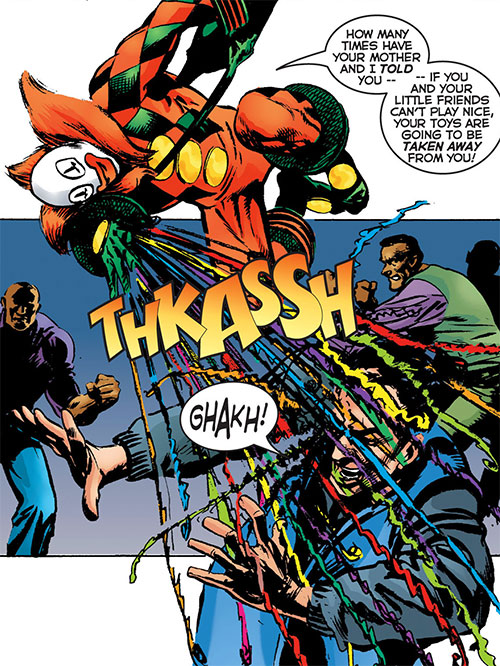 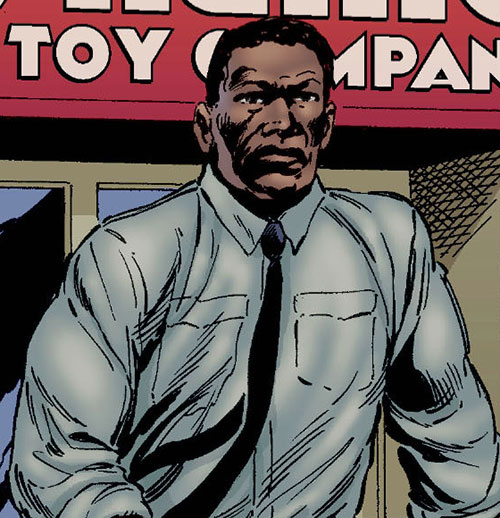 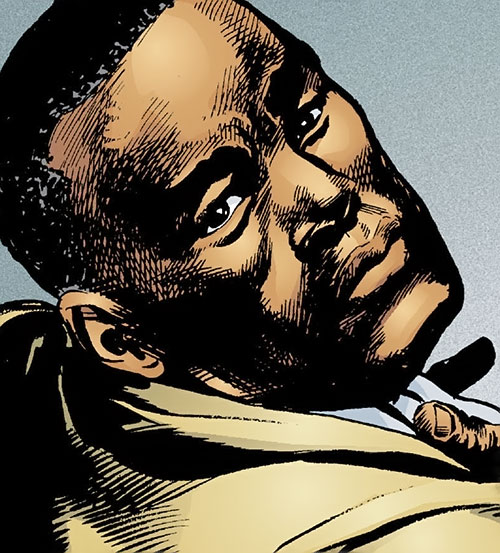 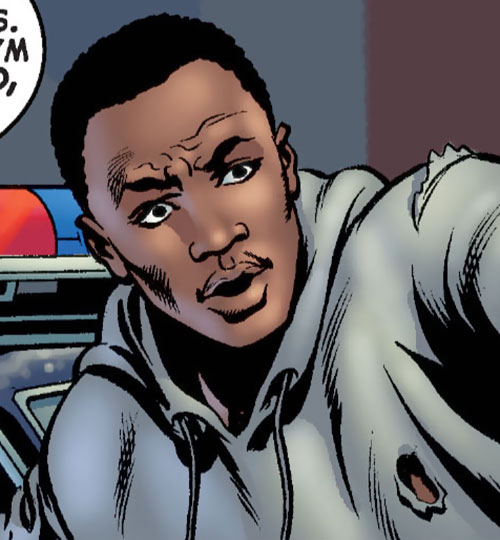