Jack-Jack is a baby with superpowers. Scary.

Jack-Jack’s wide diversity of powers (from the movie, the Jack-Jack Attack short, and a poster included with the toys) resemble many other superhero powers from comic books and other sources, including:

Jack-Jack Parr is the baby child of the superheroes Mr. Incredible and Elastigirl. He is the youngest of three siblings; the brother of Dash and Violet.

At the beginning of the movie, his family believes that he doesn’t have any powers. It is only at the ending of the movie when they’re displayed. Distraught at being forcibly taken away from his mother, an infant Jack-Jack lashes out at a surprised Syndrome, who had kidnapped him.

Jack-Jack’s mother then rescues him through a fastball special and parachutes him to the ground. Meanwhile his father apparently kills Syndrome by using his own very expensive gull-winged sports car, Syndrome’s cape, and the engine of Syndrome’s private jet.

Pixar also created the short film, Jack-Jack Attack that shows Jack-Jack discovering his powers while unleashing horror on his babysitter, Kari McKean, with whom Jack-Jack was at home during both the “Battle of Nomanisan” and Operation Kronos.

Typical baby with an atypical “spike” hairdo. Jack-Jack wears a red blanket sleeper with the “Incredibles” logo plastered on the chest.

Jack-Jack speaks in baby gibberish, but manages to communicate a lot with facial expressions and babble. As is typical for a baby, he is either happy or angry. Most of the time it is not difficult to tell which. Considering his powers, Jack-Jack’s being angry can count as an Intimidation attempt.

The “Public backlash against supers” motif belongs more in a Marvel setting than DC. But the overall feel of the book is more Silver Age  than modern, so placing them in the Post-WWII era is probably the right thing to do.

In which case, Mr Incredible and Elastigirl were supers during the final years of the McCarthy trials, and were the first to re-emerge in the new Heroic Age as the Incredibles.

Equipment:
INCREDISUIT [/BODY/ 08, Radio Communication (Homing Signal Only): 13), HP Cost: 87]. A special design by Edna Mode, The Incredisuit is resistant to damage from a variety of sources, and, unlike the other Incredisuits, is specifically designed to protect Jack-Jack from harm.

Jack-Jack is, according to Director Brad Bird, a representation of the limitless potential of youth. Hence because Jack-Jack doesn’t know *what* he can do, he can do almost anything, heedless of his own limitations, whether or not it is practical, or even makes sense.

So far, Jack-Jack has used only a few, relatively low-level Powers. Since Mutation allows for nearly any superpower at the GM’s discretion, It would seem the best fit for Jack-Jack’s idiom. However, Jack-Jack does seem to have some favored powers that he uses more than others. Hence, the GM can use the following chart, based on the one from the BoH:SE version of Mutation.

Further, on a roll for Mutation Powers, if the player rolls a 21 or over on the check (due to doubles, which for this purpose are taken into account), the Player has the option of choosing a Power from the list rather than taking the random power (example: the PC running Jack-Jack rolls two 8’s, for a roll of 16.

Normally this would give Jack-Jack Heat Vision, but the Power is inappropriate for the situation he finds himself in. The player rolls again and adds his new roll of 7 to the original roll, for a total of 23. The player then chooses Dispersal, a power more applicable to the situation. 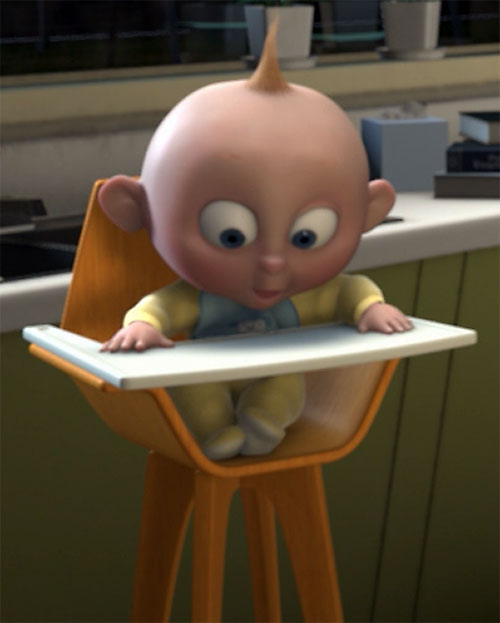 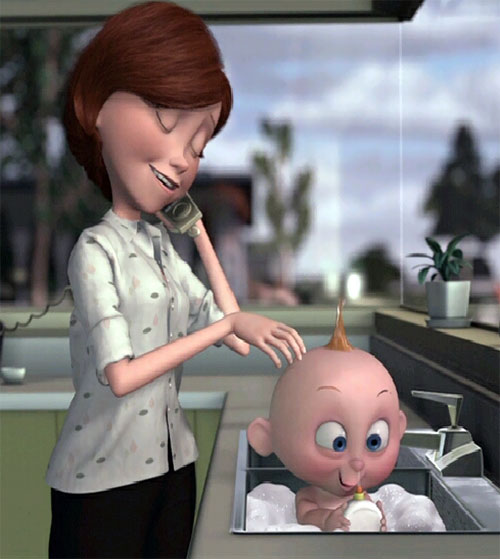 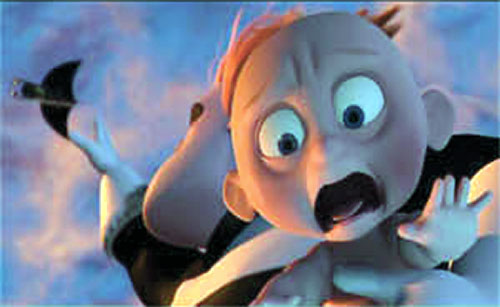 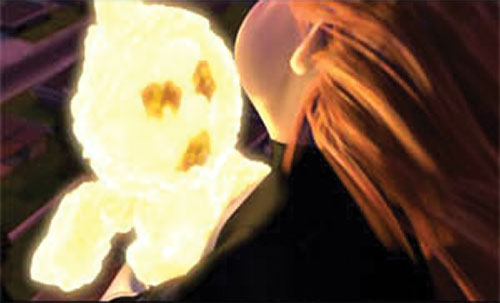 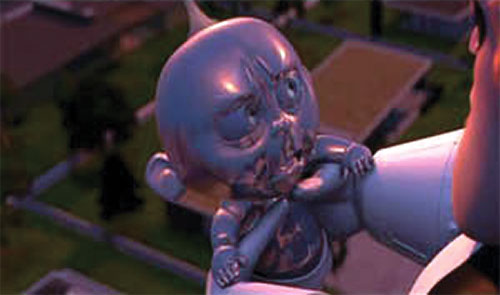 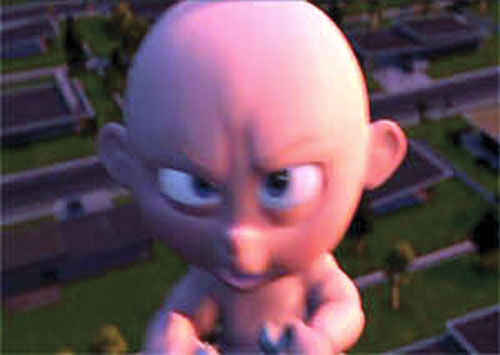 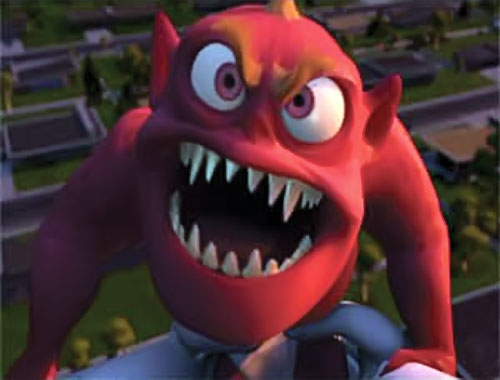 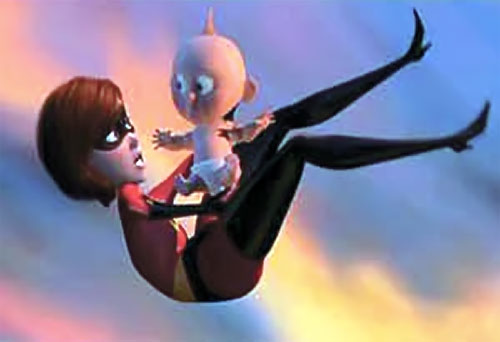 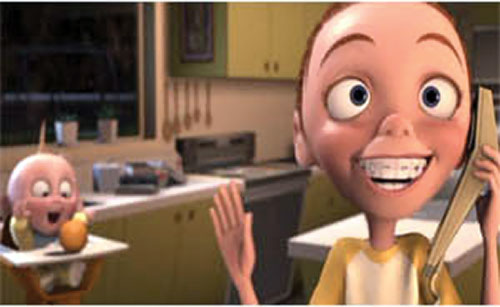 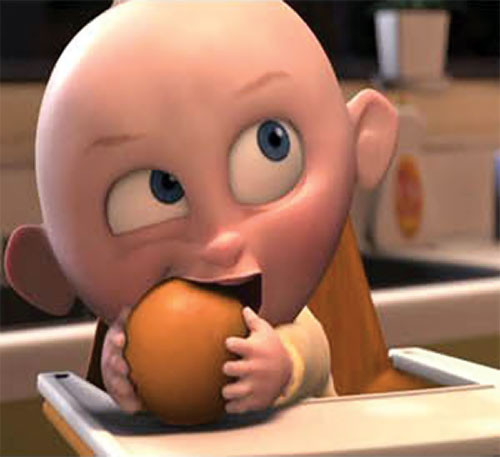 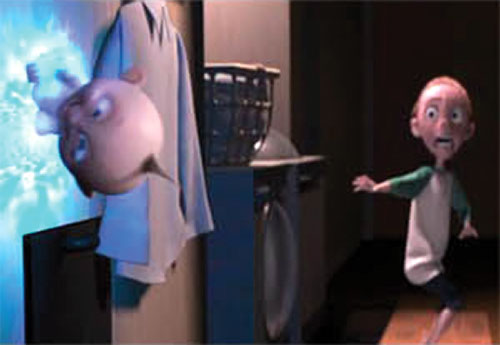 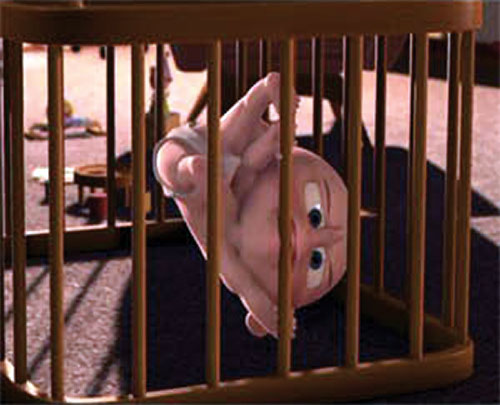 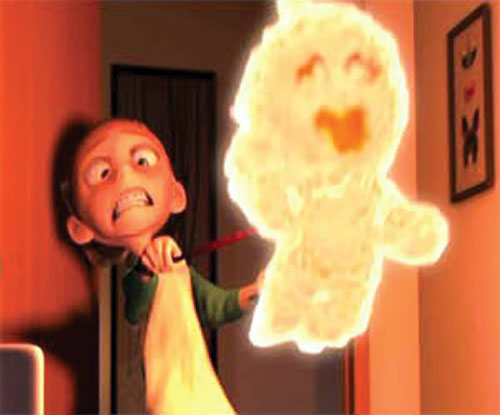 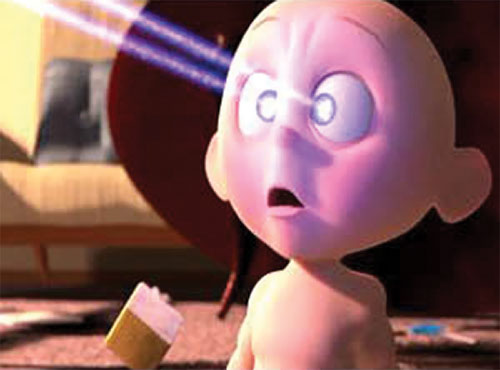 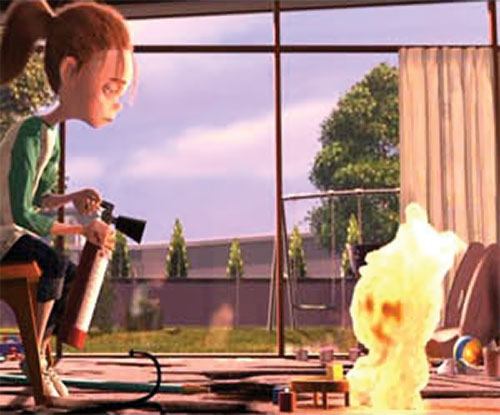 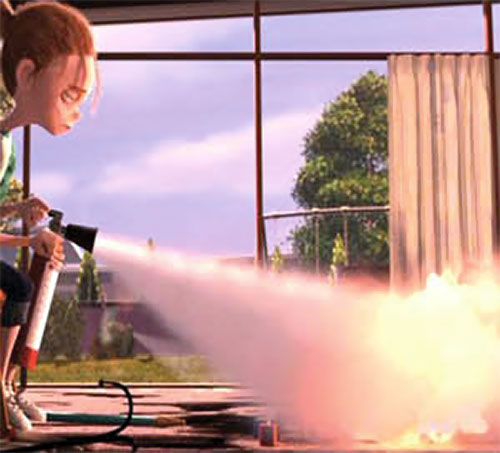 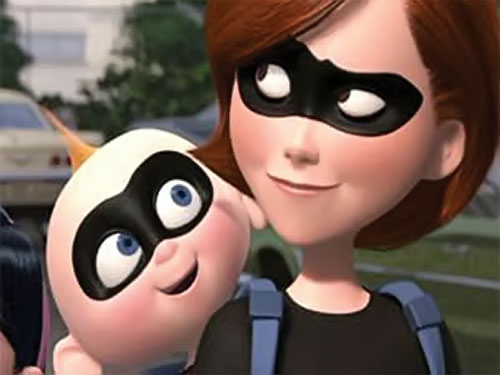