The unnamed wearer of the armor is a good agent, trained in combat and intelligence work. Most of his efficiency, however, came from his equipment.

The upgraded Jack O’ Lantern body armour is made of metal mesh, covered in multi-segmented Kevlar panel. The rigid, articulated shell worn on the chest can withstand bazooka fire. The padded helmet incorporates an excellent optics suite, and is constantly burning with low-temperature stage-fire.

Jason Macendale, the original Jack O’ Lantern, is better known for his subsequent career as the second Hobgoblin. Very few things were known about his successor, except that he was an agent of the Red Skull’s Skeleton Crew who fought Captain America and his friends on several occasions. 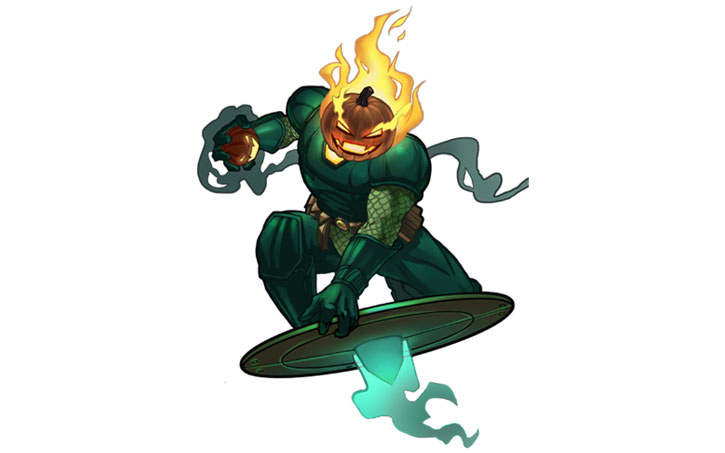 The second Jack o’ Lantern was a typical agent.

Sure. He’d make a great, if thoroughly minor, bat-villain. 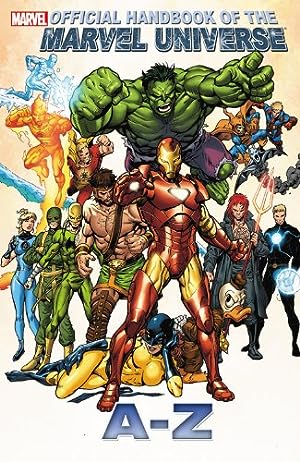 Official Handbook to the Marvel Universe A to Z 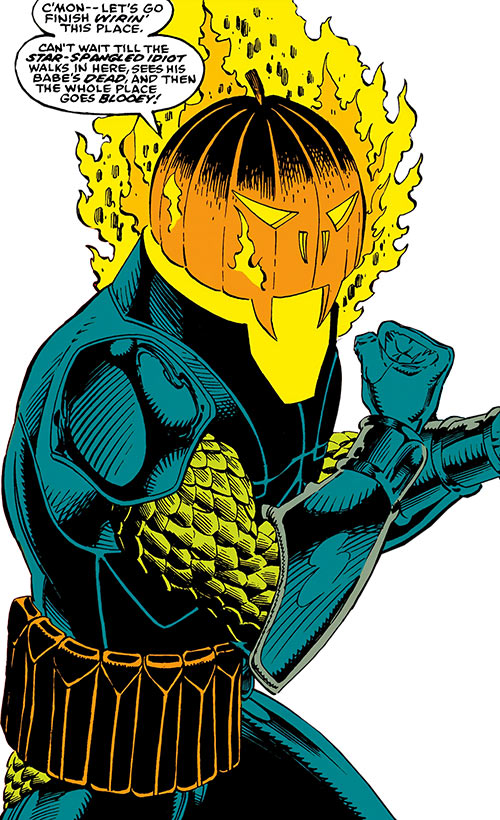