He seems to have a knack for wrecking the right things to inflict widespread damage when the DTs are on a rampage. While he’s arguably the least skilled of the bunch, he contributes to more than his share of destruction.

Jackhammer actually has a tiny bit of individual backstory. He’s the brother of Jackson Hammersmith, an obscure supervillain who also bore the name Jackhammer.

There is no known relationship, however, with super-obscure villain Jackhammer III, a member of Metropolis supervillain team the Toolbox.

Jackhammer was seen again more recently. He appeared to have retired and grown dependent on narcotics manufactured by one Doctor Grass.

While his jackhammer is on his speech “shakes” from the vibration, as in the quote.

A guy with a quasi-Texan accent and quasi-Texan phrases. Like the others he has a bit of a temper.

This is the second take on the DTs. This time around I’ve decided not to use the material in Mayfair’s Green Lantern sourcebook, since first edition standards and statting conventions were just too different from current practice – especially for very low-end thugs like the DTs. 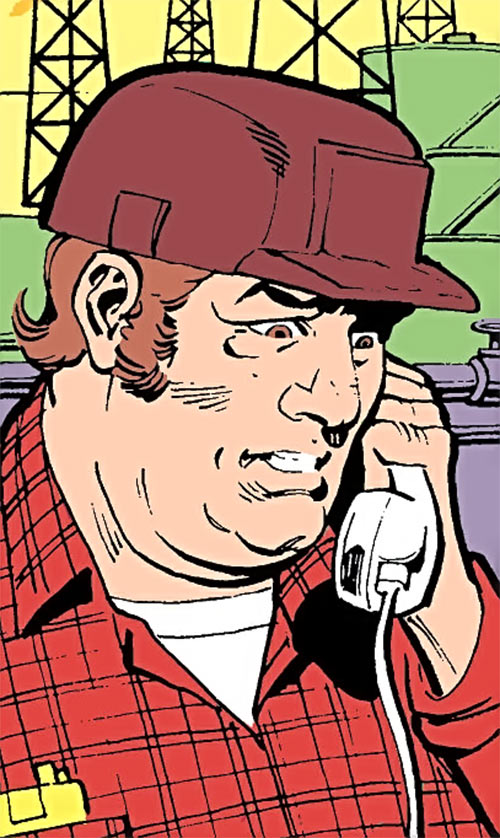