Jackson Hammersmith had enough skill with metalworking and hydraulics to design and assemble the Jackhammer suit. However, many of the key parts were apparently stolen as he lacked the resources and/or skill to produce them himself.

The Jackhammer suit is a straightforward affair. It is a bulletproof full plate armour powered by hydraulics. The punches can be prolonged by steel plates in front of the fist. These are mounted on a rod that can be forcefully pumped forward to hit things like a jackhammer.

Jackson Hammersmith worked on the loading docks of the Metropolis Electronics company. Apparently, he had mostly applied to the position in order to gradually steal specific components for his real project. He was building in his apartment a suit of power armour . With it, he could become a supervillain and steal tons of money.

Hammersmith knew that Superman would assuredly stop him. But soon after he completed his armour he got a lucky break. The Mole, a villain interviewed by the Eagle newspaper, stated that Superman now lacked much of his power. Soon, Jackhammer challenged Superman (who had been split into half-Supermen by Satanis – long story) and wrecked an elevated train line.

When Superman intervened, one punch from Jackhammer knocked the wind out of him. Thus, the Man of Steel barely managed to save an incoming passengers train. As Superman collapsed from exhaustion atop the departing train, Jackhammer claimed victory.

The man who beat Superman

Heady with power after this achievement, Jackhammer I offered protection to Metropolis mobs. He would beat Superman away if he tried to interfere with their crimes. This offer was a success ; Jackhammer and his ’customers’ launched a one-week crime wave in Metropolis. Superman was too diminished to do much. 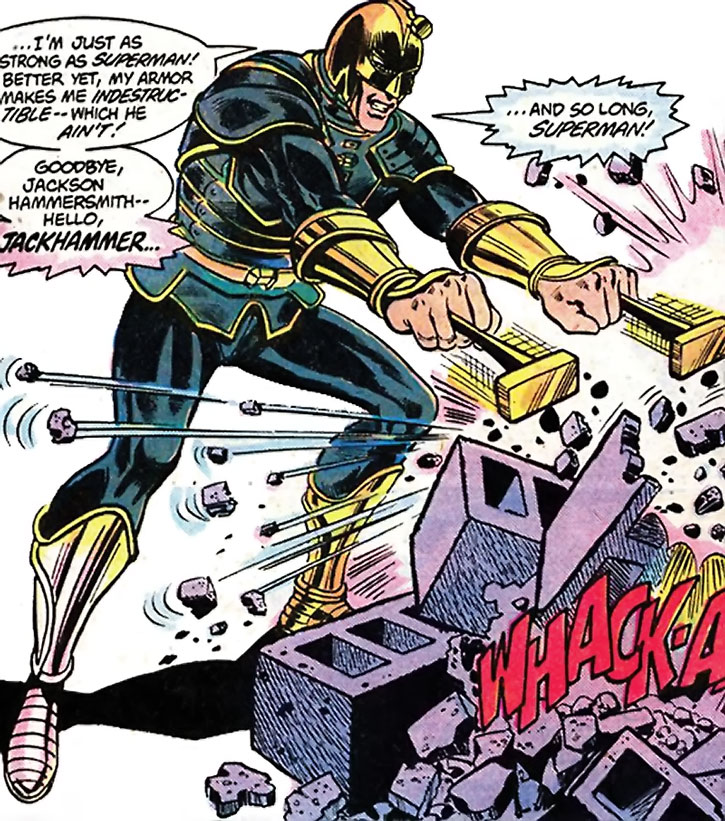 Eventually he decided to intervene anyway. Kal hoped to find a way to defeat the more powerful Jackhammer.

The fight went very poorly for the Man of Steel. But the crowd intervened, hurling insults and random objects at Jackhammer. The villain, who was closing in on a stunned Superman to finish him, angrily replied to the crowd. At his feet, Superman seized the moment. He punched him hard in his unprotected jaw, knocking Jackhammer out and ending his reign of terror.

His 15 minutes are over

I don’t think Jackhammer was ever seen again. His brother become the second Jackhammer. But he used very different technology and was part of a team of demolitionists for hire, the Demolition Team.

A third Jackhammer, Ford Coronado, was a member of never-actually-seen-on-panel villain team the Toolbox.

The Toolbox was defeated by Superman. Jackhammer III was later fused within the Enginehead, emerging as its leading consciousness.

“He ain’t invulnerable anymore ! Accordin’ to the Eagle [newspaper], he bleeds just like everybody else !”

(As the police opens fire) “Fire away ! I got a few itches under here that needed scrathin’ anyway ! Ha ha hahah ha !”

Advantages:
HQ (Confined – his flat, which does not seem to quite count as a Lab), Stroke of Genius (Jackhammer suit).

We have no way to gauge how weak Superman was at this point, the stats for the armour are by necessity quite arbitrary. 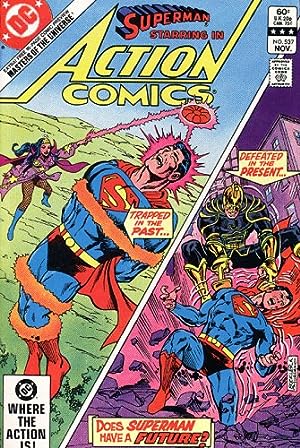 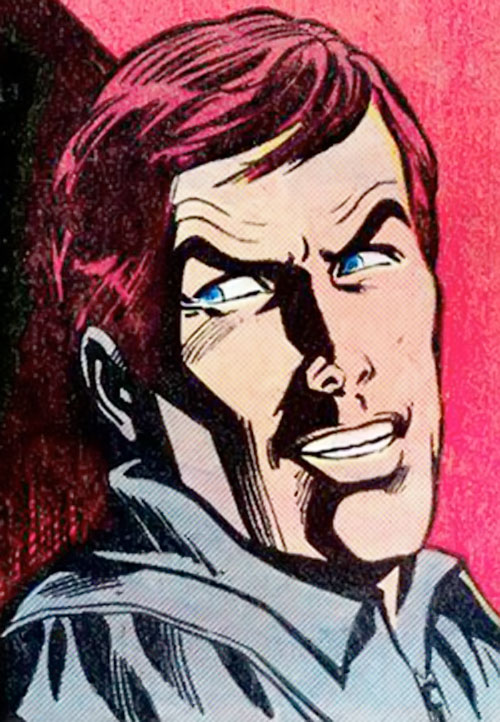