Jackie has no supernatural powers. Even his Jumping and Mind Over Matter simply reflects his astonishing training and amazing endurance for abuse.

Trained in the old-school of Chinese Drama and Acrobatics, Jackie is capable of astounding feats of agility and coordination. He also is a master at using whatever common objects may be in his general vicinity as weapons.

Jackie is also nearly without fear, as he performs his own stunts. Sometimes with fewer safety precautions than would be advisable.

His use of the martial arts is generally rather realistic, and he’ll often have difficulties in a normal bar brawl situation. In DC Heroes RPG terms, he almost never use his Martial Artist for EV, but it is very common for him to sub for RV – giving him a remarkable ability to take many punches during a battle.

If he doesn’t sub for RV then he’s probably subbing for OV. That means rolling or diving over obstacles, using nearby objects and furniture to block blows, and so on. He also often use Planned Knockback maneuvers to get rid of enemies, often knocking them in a place where they’ll fall or hurt themselves.

Mr. Chan’s characters during his classic career usually fall into one of two archetypes:

This write-up focuses on the latter.

Usually, he stumbles into a case or a friend of his gets into trouble, and he is forced to set things right. He is a highly decorated member of the Hong Kong Police Force, and has been sent overseas many times to assist in cases of interest to the Honk Kong Government.

Two more recent characters are also interesting. There is the 30 something young man (named Ah Keung) from Hong Kong in order to help his uncle and aunt, who are the proprietor of a successful general store.

Of course, the store has problems with the local underworld and his uncle refuse to pay protection money, embroiling the young nephew in lots of trouble with a local street gang on dirt bikes, the syndicate, his pretty neighbour and a handicapped but cute kid.

Another character is Sang, a brilliant Honk Kong cop in his 40s, well known for his successes against the nearby triads. When an important Hong Kong official working in the United States has his child kidnapped, he insists on having the renowned cop fly from Hong Kong in order to help the US police.

Not wanting the interference and somewhat racist, the Special Agent in Charge has a local cop babysit the HK cop, and keep him away from the main investigation – the babysitter being an extremely extroverted and animated (some might say near-hysterical) Black maverick detective.

Of course, the unlikely duo end up succeeding in the investigation and saving the day, although the Hong Kong cop does many social gaffes and faux pas due to his lack of experience with the United States (which he more than compensate for with his other skills).

The cop roles from the 1980s often have street clothes in light colours (stone washed jean, beige light jacket, a white T-shirt and white sneakers, for instance). The Rumble in the Bronx-type character has a beige, working fabric pant and a sleeveless black T-shirt, as well as white sneakers.

A Rush Hour-type cop has a nice black two-piece suits with nice black shoes, a black shirt and a deep red tie.

Jackie has a truly good soul. He is very loyal to his friends and always sticks up for the innocent, which usually gets him into trouble. He is not necessarily quick, but he is clever, and very dedicated.

Jackie does not engage in witty banter during combat or drop cute one-liners after defeating his foes – he’s silent and concentrates on his moves and staying alive. His faces often expresses surprise and stress in the vagaries of combat, though.

Hmm… Man without fear ? Possibly Jackie was offered a Power Ring at some point as a reserve Green Lantern, but turned it down, not thinking himself worthy. Could be interesting.

But more likely, he’s just a cop on the Special Crimes Unit of the Hong Kong Police. Maybe he would get transferred to Metropolis as part of an exchange program.

Most likely though, he just keeps Hong Kong safe from whatever threat may come at it. Word is, during the Invasion !  he single handedly fought off an entire squadron of Khunds. He was rumored to have once taken down Amazo using only a tennis racket, a bamboo steamer, and an airport baggage retrieval system. But that is of course unconfirmed.

By Kristoff and Sébastien Andrivet.

Source of Character: Movies such as Police Story 1-4 (including Supercop), Rumble in the Bronx, Rush Hour, Half a Loaf of Kung Fu, and Armor of God 1 & 2 – in short, those where he plays a martial arts expert who tends to be a cop. 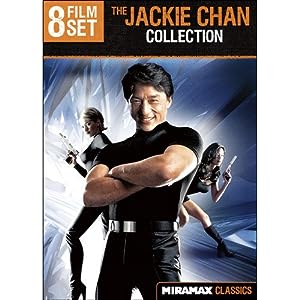 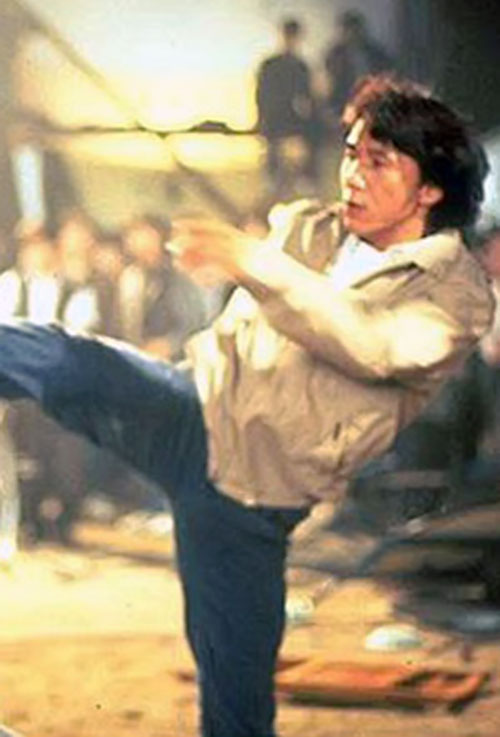 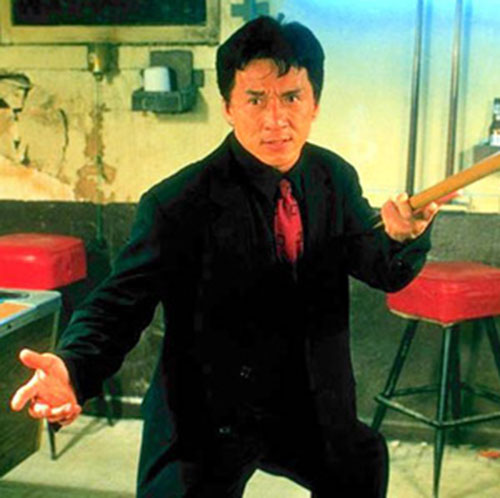 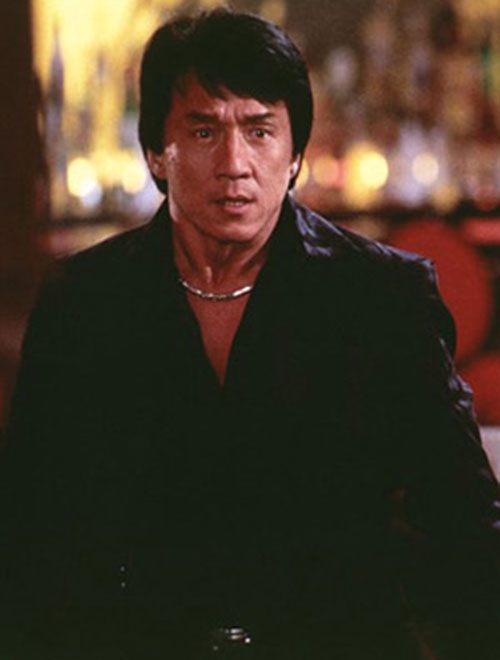