This character was barely seen. But he was part of the original, 1987 Suicide Squad story arc. And he had official Mayfair stats, though they are First Edition ones and difficult to convert.

So let’s have this obscure mercenary terrorist have his profile.

Jaculi is a proficient hand-to-hand combatant, who can easily kill with his bare hands.

He’s also well-trained with javelin-like weapons, both as melee weapons and as missiles. The javelins he carries have an explosive charge built-in.

As a comic book Bedouin he presumably has desert survival skills.

Jaculi can produce three-seconds bursts of superhuman speed, accelerating instantly. This can be used for a dash during which he’ll move at several hundred miles per hour. However, it’ll take 20 to 30 seconds before he can do it again.

It is also used for micro-bursts of speed making him able to dodge projectiles, attack and defend much faster in hand-to-hand combat, react faster, etc.. If these are short enough, he doesn’t need to rest between uses.

Still this has its limits, as he still needs to mentally process the situation. He thus can be caught flat-footed.

Jaculi (real name unrevealed) was a young man from an unspecified Bedouin desert tribe. He joined the Jihad, a mercenary terrorist firm specialising in retaliation against the United States. This organisation was targeted by the Suicide Squad in 1987, during the first known deployment of this version of the Squad.

Jaculi was attacked by Captain Boomerang (George Harkness) during the night. Though he dodged the first volley of boomerangs, he was surprised by their return flight. Presumably, he had never seen a boomerang before. Harkness killed him as Jaculi was still stunned by the impacts.

The Jaculi enhancements were later used to give powers to a new Jihad operative.

Jaculi’s code name was a reference to both a Classical mythological snake hurling itself at its prey like a spear. It is also the name of various species of desert jerboas throughout Northern Africa and the Middle East.

Jaculi appeared to be a wild kid who enjoyed violence. He liked nomad life in the desert, and was uncomfortable with various aspects of sedentary life. He didn’t know much about the world.

Bonuses and Limitations:
Evasion is Contingent Upon Running.

Advantages
Language (Unspecified Arabic). As a comic book Bedouin he presumably has Familiarity (Desert Survival) or even an Expertise.

Drawbacks:
Power Loss (DEX is lowered by one AP for every AP of Enhanced Initiative that is Drained, Neutralised, etc.), Misc.: Jaculi doesn’t know much about expensive technology or foreign customs. 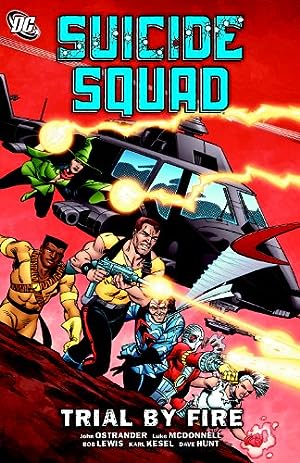 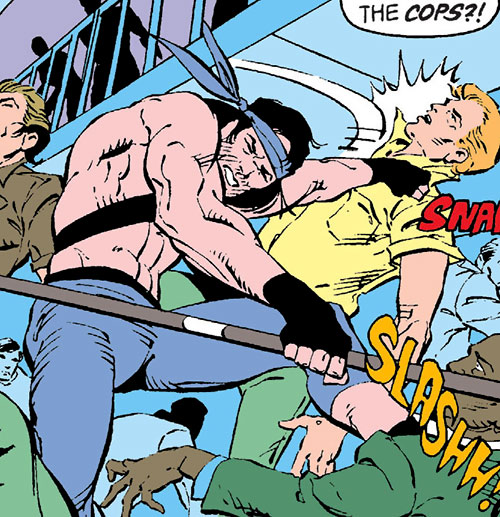 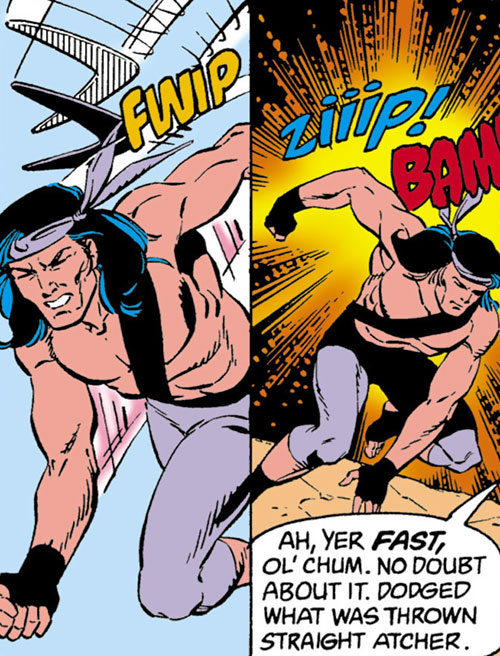