His exact skills and equipment specifications are unrevealed.

He also has surveillance units. Those are small balloons (about a feet in diameter) with video cameras, silent motors and radio transmission equipment. Since they are small, silent and in the air, most people never notice them. Surveillance units are also used to record the hunts, to provide more camera angles.

Jaeger is the owner, or main agent, of an outfit that sells movies documenting the hunting and killing of strange-looking creatures. He hunts them himself, taking footage as he does. His business appears to be very successful, as he has solid sums of money to invest in his hunts.

Robin’s interference prevented Jaeger from snatching his prize. The hunter also was unprepared for Man-Bat’s formidable speed and strength. Jaeger was knocked down into the water, where his heavy harness almost resulted in him drowning.

Some months later, Jaeger learned that Robin and Nightwing had captured the monstrous Charaxes. 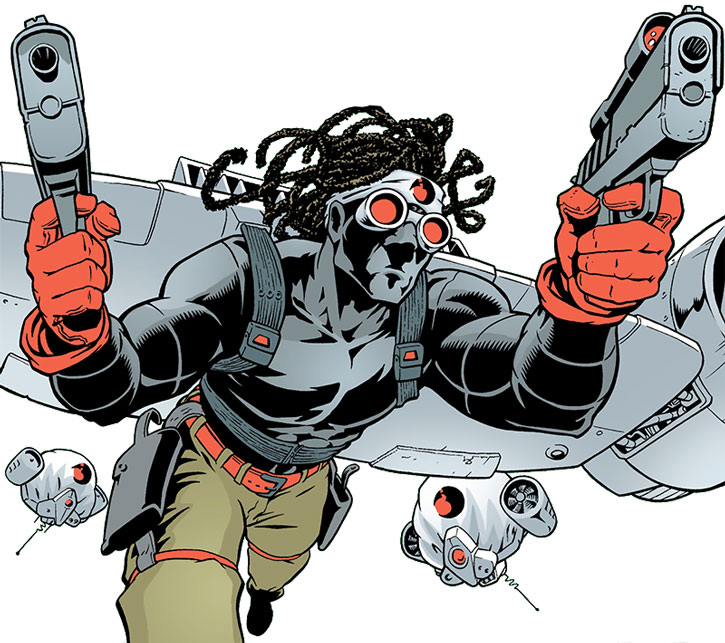 As both heroes were ferrying the bound moth creature, Jaeger’s employees faked a radio message from the Wayne Industries facility they were heading for. It told them to land on a nearby island. Robin and Nightwing left the landed plane to avoid compromising Nightwing’s identity.

A few minutes later, a small paramilitary team rushed from a helicopter, cutting most of Charaxes’ restraints. Then they ran before the highly dangerous monster could finish extricating himself from the bonds. Robin III and Nightwing lost sight of him as Jaeger engaged him.

Surge (from the Wildstorm universe) with jet wings.

Apparently a professional hunter, methodical and experienced. He completely dehumanises his targets, seeing them as but heads to be mounted on his wall. This was shocking in the case of the Langstroms.

Being a furriner, Jaeger follows the comic book convention of lacing his speech with words in his native language. In his case, German. No, I never understood that either.

Jaeger’s men didn’t hesitate before destroyed an empty Wayne Tech plane. They also seriously considered killing the crew if they showed up. This might indicate that Jaeger’s stuff is illegal blood sport material. And that as a criminal he has no problem committing further crimes to produce movies.

There is very little hard data available about Jaeger and the stats are thus highly speculative. 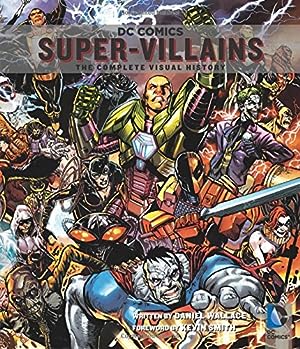 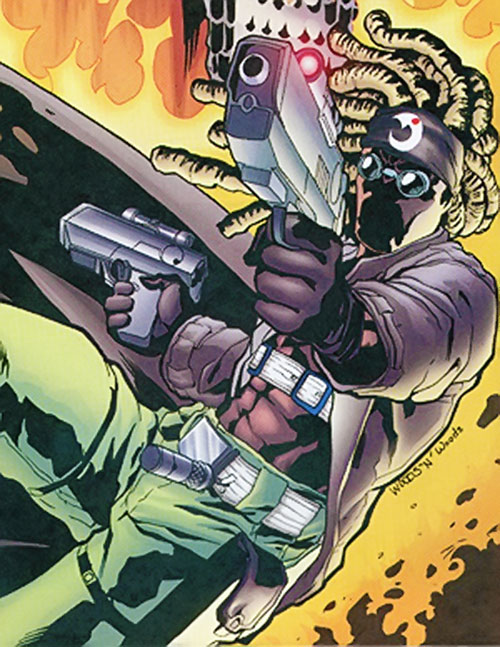