Weiss is a formidable soldier from one of the world’s most proficient special anti-terrorist operations unit.

He’s a small arms and close-quarter battle (CQB) specialist. Weiss is fast, very accurate and highly disciplined and trained. He seems to be the best shot on the team with non-sniping weapons.

His tactical experience and training make him able to engage some superhumans, or multiple heavily armed personnel with confidence – and devastating results.

Jaeger Weiss comes from Bavaria, in Germany. He joined the Federal Border Police, presumably after some years in the military, and from there Grenzschutzgruppe 9 – Germany’s crack anti-terrorist unit.

A close-quarter combat specialist, not only did he survive an amazing five encounters with super-powered terrorists – but his opponents didn’t walk away.

Jaeger’s life, though, was marred by the tragedy of Kaizen Gamorra’s hit on Moscow. His parents happened to be in Moscow at that point, where they were killed by Gamorra’s SPBs .

A few months after Moscow, Germany agreed to send Weiss to join the UN’s new special StormWatch team, under the command of Benito Santini. Weiss has been a StormWatch : Team Achilles member since then.

Like all Team Achilles members, Weiss has some stereotypical traits from his nationality. He is a rational, matter-of-fact, collected man with a dry sense of humor. He practically never loses his cool, he is quietly confident, and he’s extremely professional and disciplined. He follows orders without questions.

His square demeanour makes him terrible at acting, however. Not that he would even consider it.

He is often quietly amused by his team-mates idiosyncrasies, and never hesitates to gently and dryly mock them. He also excels with scathing verbal slams on his opponents, made even more biting by his accent.

Weiss fears injuries to his face – hence that mask of his. When he was very lightly wounded in the face, he was somewhat distraught. It is not clear why. He never indicated that he considered himself particularly handsome. It might be a mild phobia, or a promise to his mother, or the result of a previous incident. Who knows.

Jaegger Weiss is also uncomfortable with superhumans. He apparently loved his parents very much, and their death at the hands of Gamorra’s SPBs hordes in Moscow filled him with anger. Except for one incident, he doesn’t appear to distrust his superhuman team-mates in the least. But he is obviously concerned with the rising number of supers in Team Achilles.

Weiss is on friendly terms with Hämäläinen, and they often operate together. Weiss’ resentment of superhumans can override his friendship, though. The one time he lost his cool was to order Hämäläinen to get away from him after the Finn used his power to brutally bring down another SPB.

(Meeting Jukko for the first time) “You think you’re ugly ? No. This furniture, now this is ugly. Did you make it all by yourself or did the local beavers also help ?”

“Bravo team two to Charlie team one and two. Dhul Fiqar is terminated.”

(Having singlehandedly shot down half-a-dozen heavily armed bodyguards in a brutal firefight) “You were correct about the hired help, sir. They were all SPBs. Techno-enhanced, mostly.”

Weiss : “You Americans are all insane.”
Santini : “Damn right.”

Superhuman soldier : “More humans ? And here I was, hoping for the Midnighter or Jack Hawksmoor.”
Weiss : “They were too busy pleasuring your mother. I would have been there also, but I can’t abide sloppy seconds.” (headshots his target)

In an amused tone, looking at Jukko kill a superhuman opponent in hand-to-hand combat : “Why do you always play with them ?”

Note:
StormWatch personnel are placed outside their normal chain of command. While on StormWatch duty their Rank Advantage becomes a 0-pts flavour advantage. Rank more or less applies *within* Team Achilles rank, but this is quite looser than in most military units. 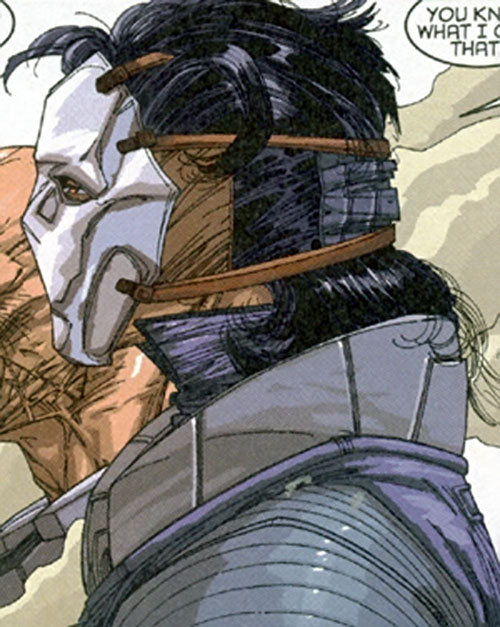 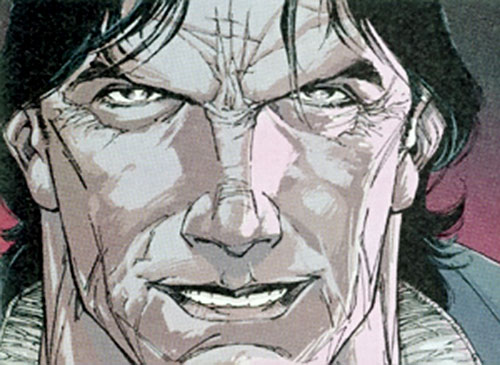