Ms. Wagner is one of the series’ core character, and part of a team of “mystery archaeologists”. These investigators reconstitute what should have been and fight against the suppression.

&Her strength also gives her considerable speed, and she seems able to run at 100mph or more.

She is remarkably agile and athletic. Jakita is a highly trained warrior capable of fighting some versions of Batman (Bruce Wayne) and of wielding all sorts of weapons with great accuracy.

She’s strong enough to kill most people with but one blow, inflicting massive damage if need be. However she’s not tough enough to go toe to toe against the mightiest metahumans.

Jakita is exceptionally smart. And though she isn’t subtle she has decades of experience in adventuring, combat, exploration and the strange and unusual. This gives her a significant edge against less savvy superhumans.

She barely ages. It seems likely that her ageing dramatically slowed down circa age 28 or 30.

Though she was unaware of it until the XXIst century, Jakita Wagner is the daughter of Kevin Sack.

Mr. Sack is one of the Century Babies born on the 1st of January, 1900. How many Century Babies exist is unclear – seven have been clearly identified. 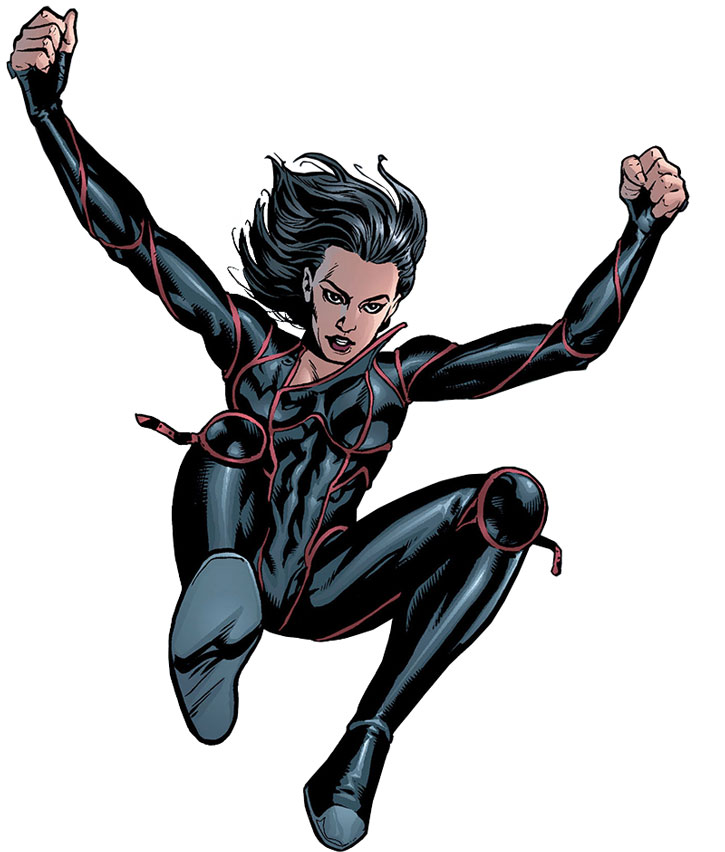 They are theorised not to be human beings, but instead constructs secreted by reality as a sort of immune system against specific future threats.

Kevin Sack, Lord Blackstock is very much an analogue of Tarzan (John Clayton, Lord Greystoke) and lived as a jungle lord in “darkest Africa”. However, he also seemed to have superhuman strength and perhaps superhuman speed.

Jakita inherited these. For the children of Century Babies to have super-powers is apparently normal.

During the late 1920s or early 1930s, Lord Blackstock discovered the hidden African city of Opak-Re.

This people had reached an harmonious form of society more than a thousand years before. They had been perpetuating their unique, highly advanced ways ever since. Though Opak-Re was isolationist, Blackstock became an ally and learned their language.

Miscegenation  was taboo for the people of Opak-Re. The reason was their genetics were distinctive but most such traits were recessive. Having children with others peoples would thus result in the extinction of their ethnicity.

However, an architectural engineer named Anaykah was interested in men from the outside. These included Blackstock – and later on an American adventurer and Century Baby Elijah Snow, who had come to investigate the rumours about Opak-Re. 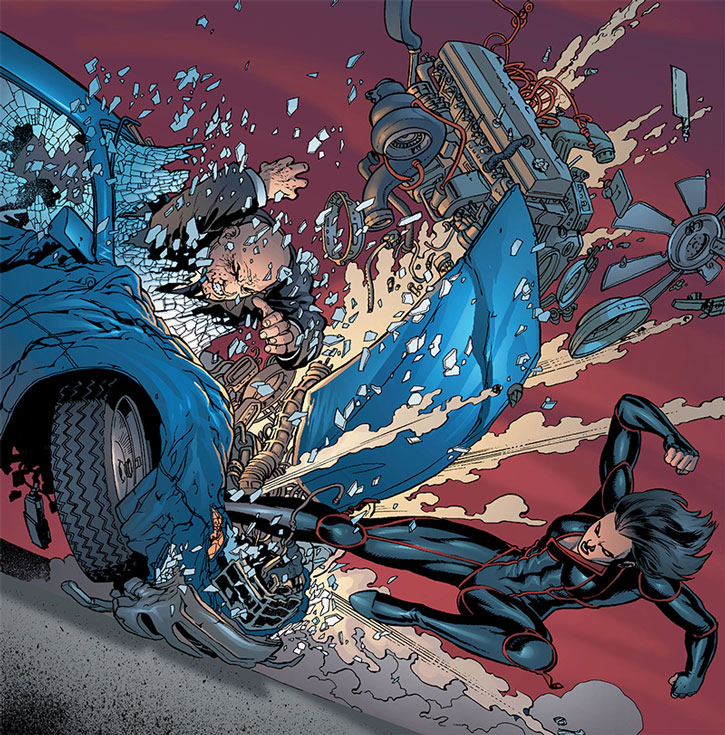 Anaykah defied tradition by having sex with both men. Though it was Snow who really interested her (Blackstock being an unreconstructed racist, hypocrite and conceited imperialist), she unexpectedly became pregnant with Blackstock’s child.

The people of Opak-Re were furious. They opted to have their sophisticated city close up and disappear underground, as it had been designed to do centuries prior. Anaykah convinced them to wait for the return of John Snow 18 months later, in 1935.

She barely had time to hand over the baby and reaffirm her love before she had to leave with the city. Still, Anaykah was confident that her people would eventually forgive her transgressions.

Snow took the baby to Germany. He handed the girl over to a couple he had met in 1933, when a huge alien spaceship crashed on their farmland. They named her Jakita and raised her ; Snow apparently regularly visited. In time, the super-strong and super-fast Jakita came to work with Snow, who had established the Planetary institute.

(Jakita once stated that she joined Planetary in 1995, but that was a deception. When she actually joined is unclear, but one gets the sense that it was after the 1960s.)

As a member of the elite Planetary field team, Jakita went through many adventures and fights.

She also enjoyed romances with exciting and dangerous men, including London mage Jack Carter (a close equivalent of John Constantine) and her teammate Ambrose Chase before he met his wife.

In 1995, Snow was captured by Planetary’s sworn enemies, the Four. They put blocks in his memory, and said they would kill Jakita and the third member of the Planetary field team, The Drummer, if they attempted to restore Snow’s memory.

The Planetary Institute was checkmated and had to let the amnesiac Snow go, losing much of their strength and direction.

The Snow of yesteryear

Wagner and The Drummer soon decided to work around the Four’s blackmail. They approached their amnesiac ex-leader and recruited him as a third member of their field team. They deceived him as to the exact nature of the Planetary Institute.

They also told him that the Institute was headed by the mysterious “Fourth Man”, about whom they knew nothing. In truth, the position was vacant in Snow’s absence.

Their scheme to slowly and subtly awaken Snow’s suppressed memories, without alerting the Four, did not quite work as intended.

Jakita seems to be about 25, and is unusually athletic.

She is of mixed heritage but the genes on her mother’s side are mostly recessive. So they manifest as a but slightly duskier skin, slightly flatter nose and slight epicanthic folds . So, nothing remarkable, especially in the US.

Ms. Wagner favours a black leather catsuit with red trim with a black leather choker her only adornment. The knuckles on her fingerless leather gloves are reinforced with visible steel studs, accentuating her dangerous appearance.

She takes vigorous control of most situations, and is not accustomed to backing down in any case. In fact, she thrives on danger, conflict and adventures.

Despite her generally smug and cynical outlook, she has a strong sense of wonder. Ms. Wagner seems to live for those pieces of discovery, strangeness, beauty and/or weirdness Planetary is looking for.

“I get bored easily. Planetary stops me getting bored.”

“The three of us are an investigative team. We’re private, and everything we find is confidential.”

“I swear to you, you screw this up and I’ll stamp on you until you’re faxable”

(As the Batman silently produces a pair of wicked bat-sabres to meet her in a swordfight) “Are you single ?”

The concept behind Planetary has three important points : 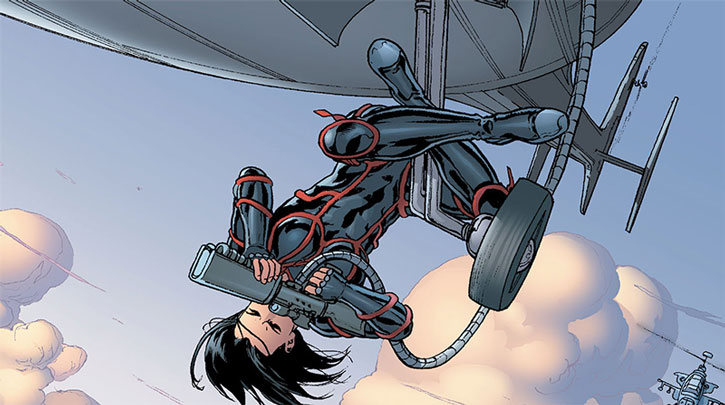 Thus, introducing Planetary and its field team in your campaign (DCU or otherwise) means you have decided there is a “secret history” and hidden wonders and dangers in the world. These can be relatively minor, or you could go for the “everything you know is a lie” approach.

An adventure involving Planetary could thus cast a strong doubt on an aspect of the universe your players took for granted.

For instance, a strange, alien sanctum where the character find the embalmed corpses of the JLA, as of 1968. Or a slightly odd villa in the Rockies where Bruce Wayne’s parents are enjoying their retirement. Or photographs of Kennedy in Dallas, shaking hands with an impressive-looking hero group in front of a cheering crowd and numerous press photographs – all of the group’s members being complete unknowns to the characters.

Basically,twist the campaign world away from what it was supposed to be, and suddenly make it unknown.

By Mark A. Ayen and Sébastien Andrivet. 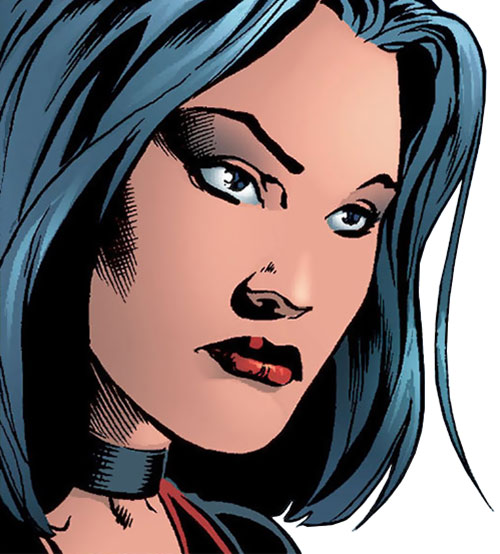 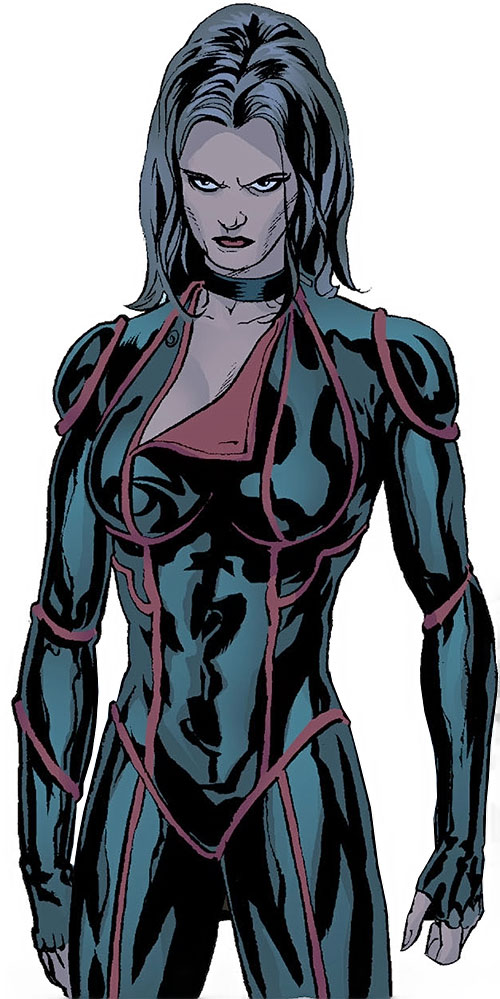 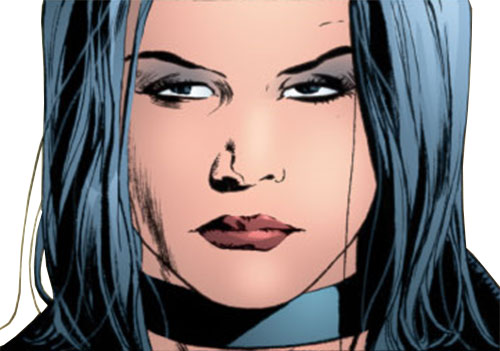