Japandroid appeared in 2011. She’s part of the Guardians of the Globe, a somewhat goofy group of international super-heroes.

The Guardians exist in the same universe as Invincible, one of the main indie super-hero series of the 2010s.

In her normal configuration, Japandroid has far greater than normal human strength for a child her general height and weight would allow. Though it’s limits are unknown, she was capable of battling opponents with limited superhuman strength.

Japandroid can augment her strength by re-configuring her artificial body into an alternate form.

Japandroid’s synthetic bone, skin and “tissue” are several times more resilient to harm than that of a normal human.

Moreover, she can reconfigure her artificial form and metallic objects around her. This allows her to gain new and useful abilities that she can use to combat her foes. In the past she has:

Japandroid’s artificial brain recalls any and all information that she processes instantly and with 100% accuracy. Moreover, she is able to apply this information in novel ways and most often applies this ability when upgrading the technology around her.

Though the process by which she upgrades technology is presumably manual, Japandroid performs the upgrade with such rapidity that it appears instantaneous to the naked eye.

Japandroid had been one of Japan’s premier “superheroes” for quite some time. From there, she was first offered membership to the Guardians of the Globe.

Seeing the logic in joining the team, Japandroid agreed to become a member of the multi-national team. It would combat menaces that threatened not only Japan, but the world at large. She quickly distinguished herself amongst her peers with her innovative solutions to their problems.

She often provided them with alternatives to simply punching their enemies in the face. In one specific case, she managed to negotiate an ending to the hostilities between the surface world and the subterannean Magmanites when she recognized their need for raw metal.

In the end though, her stint with the team was short lived. She was forced to sacrifice her life while in combat with a spider-like alien in order to save the team. When the alien had taken control of her artificial body, she used her nuclear core to destroy the alien and herself.

Whether Japandroid can be repaired and returned to duty, remains to be seen.

At first glance, Japandroid appears to be a short pre-teen girl of Japanese descent. She has dark inquisitive eyes, a small nose and a virtually expressionless mouth. Japandroid’s hair is cut in a relatively unfashionable blunt cut. 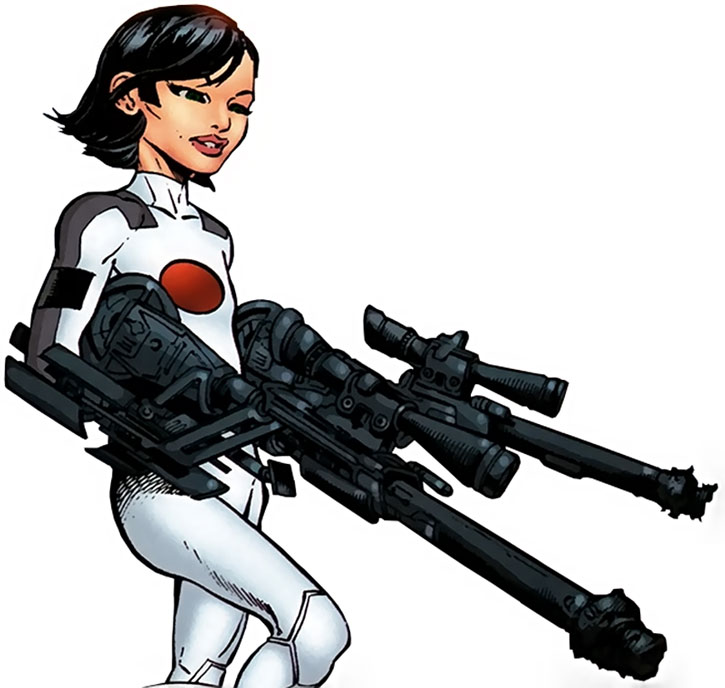 Japandroid’s costume (technically, it is her skin) is a white body suit that covers her from her neck to her feet. The shoulders and arms are the suit are covered with a long grey swathe of material and her hands are covered by light grey/blue gloves.

Four black ridged stripes sit prominently on the sides of her torso in addition to the two black strips that encircle her biceps. Finally, positioned prominently in the centre of the suit torso is Japan’s Rising Sun icon.

In stark contrast to her appearance, Japandroid does not behave in a child-like manner at all. She is uncannily composed at all times, and looks at every situation with cold, dispassionate eye.

She can often be seen standing on the edge of the battle, observing the villains and her allies. That lasts until she has worked out the best possible solution for defeating the enemy or preserving human life.

She will go to any lengths to accomplish those goals, even if it means that the only choice is her own destruction.

Outside of combat, she is unusually quiet and eerily still. But not to the point of being off-putting.

“If you had read my manual, you would know that upgrading existing technology is my primary function.”

“I will be able to assist you in roughly 13 seconds, Shapesmith. I must first dispatch this armored… jerk.”

“This is deeply uncharacteristic behavior for all past Mauler clones encountered to date. Further investigation is required. Mrs. Popper, please follow me.” 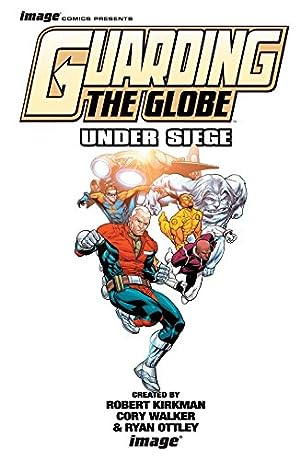 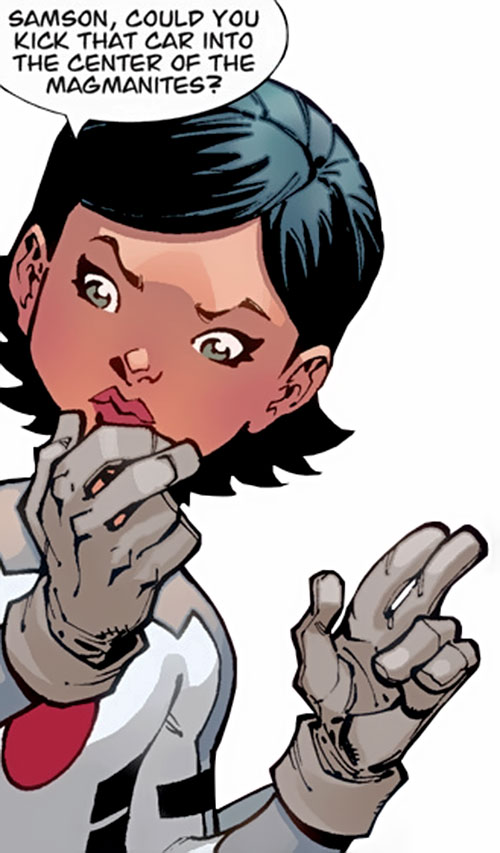 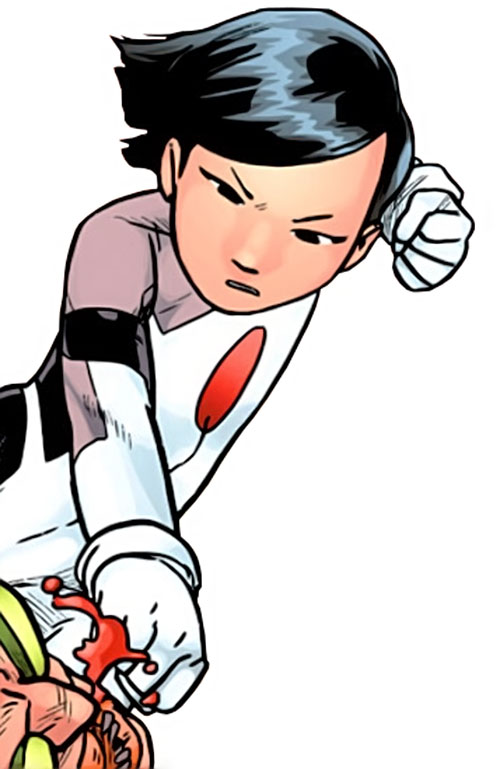 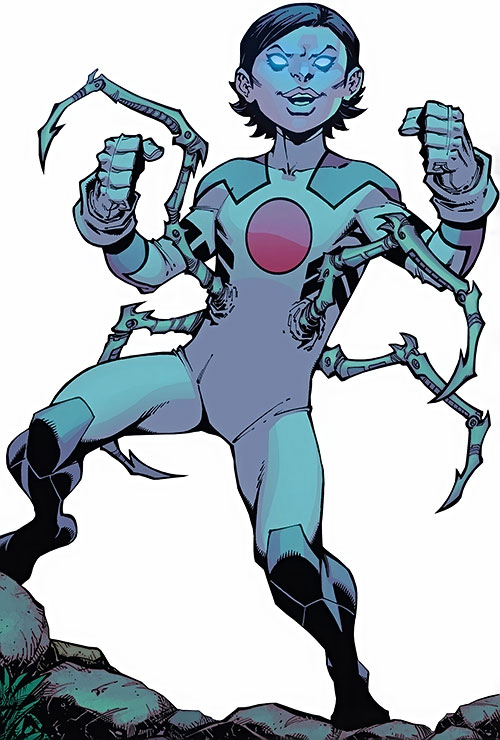 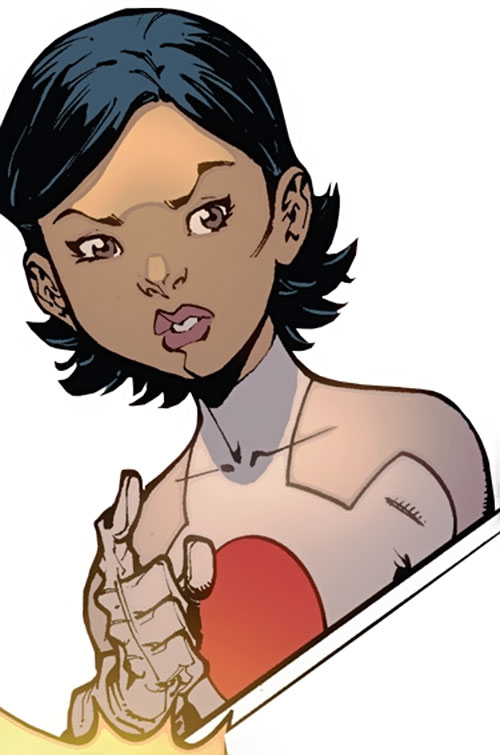 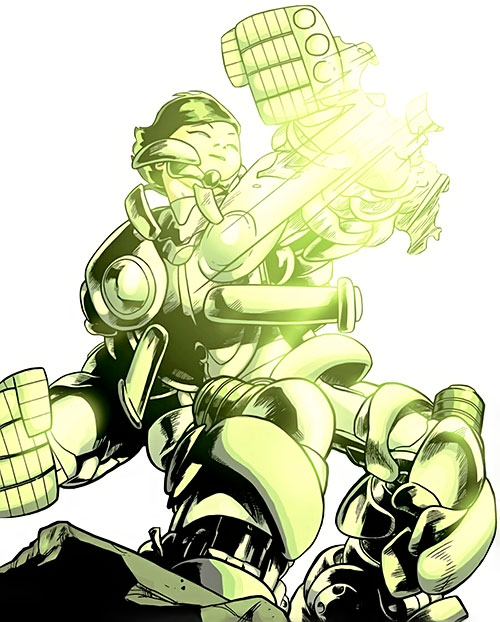