“Jaws” is an inhuman giant enforcer with metallic teeth.

He has appeared in two James Bond movies during the late 1970s, and is probably the most memorable Bond villain.

Jaws is an exceptionally strong and tough man. For being such a large man he is very quite and stealthy, capable of surprising or evading the most perceptive of opponents. His famous bite attack, using his titanium teeth, is strong enough to easily cut through metal chains or men’s jugulars.

He has something of a knack for finding his targets in very big cities without trouble, probably by using his criminal colleagues.

He is strong enough to slowly dismantle a car using his bare arms and hands and apparently holds more horsepower than the engine since he can keep it from moving too. Likewise, he can stop an aerial cableway simply by stopping the powerful engine wheel from rotating with his bare hands. Clearly, most men are rather helpless in his paws (James Bond included).

He usually takes care of his opponents by intimidating them, grabbing them and then killing them with his metal teeth.

His greatest assets are his physical might and his perseverance. Jaws can survive superhuman amounts of punishment. He easily shrugs off the strongest of blows, can take a building falling on him, be thrown of a speeding train or drive down a ravine and still move on.

He has even survived falling down from the atmosphere (although the fall was dampened by the circus tent). Being overrun by a car will temporarily stun him. He seems to have no weak points at all. Hitting him anywhere will produce a metallic sound. Perhaps he is actually a cyborg.

Jaws was oddly wary of being shot, particularly used by superb marksmen such as James Bond. This likely is psychological – an irrational reflex of his – since it is difficult to imagine how a handgun-calibre bullet could hurt him.

Or perhaps there is some sort of potential vulnerability (such as having his eyes put out ?) toward a well-placed bullet, though nothing has been demonstrated. His jaw, cheek and teeth are definitely bullet-proof.

If the GM wishes to highlight the near-unstoppability of Jaws, he should also be given the Stabilization (against everything except gunfire wounds) Advantage.

Here’s a fan supercut of Jaws’ appearances. At 12 minutes it’s longer than our usual selections but then, it’s Jaws. He’s big.

Jaws first encountered James Bond while serving as an assassin for the megalomaniac Karl Stromberg. Stromberg planned to start World War III, causing the surface world to be destroyed, after which he would repopulate the planet from his undersea base.

He had captured several British and Soviet ballistic missile submarines for this purpose and sent Jaws to kill those investigating the hijackings.

Bond and KGB agent Anya Amasova narrowly survived several encounters with the relentless killer. Bond finally leaving Jaws for dead in a shark tank whilst destroying Stromberg’s headquarters. Jaws survived, fatally biting the shark that tried to kill him before swimming away from the ruins of Stromberg’s base.

Later Jaws was hired by Hugo Drax. Drax was another madman dedicated to eradicating the human race and repopulating the world with his chosen people. However, he was headquartered in an orbital base rather than an undersea one. Bond again survived numerous encounters with Jaws by the slimmest of margins.

Captured after infiltrating Drax’s space station, Bond convinced Jaws to turn on Drax by emphasizing Drax’s obsession with human perfection. Jaws realized that this might exclude himself or his near-sighted new girlfriend Dolly. Jaws and Dolly fled the station in an escape pod shortly before the station’s destruction, presumably starting a new peaceful life together.

Jaws is often seen in a suit. He is known for his large jaw and lethal metal teeth. His other common clothes are a pair of leather shoes, brown trousers, a white shirt and a pair of red suspenders. He often smiles at his targets, before tearing out their jugular with the teeth, which instils them with great fear.

Jaws regularly doesn’t use firearms, unless attacking from a distance. He prefers to use his physical strength and his metal teeth as his weapons. He seems to enjoy tearing out the jugulars of his victims after scaring them half to death.

He effectively uses fear as a tactic to make his foes do mistakes. But he also attacks in haste at times thus striking down objects that he shouldn’t have struck.

He speaks very rarely although he is fully capable of doing so. Trying to get a bantering dialogue going with him in combat situations is useless. Plus, the likes of Bond will be too busy spending Hero Points  just to survive to try banter.

When taking order from his employer he usually just nods and gets going. His intents are usually apparent from his body language.

While not too intelligent, he is actually somewhat smarter than people usually give him credit for, and will perform some trickery. There is, at times, a certain slyness about him and his methods – he does use covers and disguises. Underestimating would be a severe mistake. At the same time he exhibits some of the behavior of a child. He has an odd personality and mentality, indeed.

While he mostly does missions solo, he is not above teaming up with other henchmen or even opponents if justified. The death of such temporary compadres doesn’t become him the least, always being mission-oriented. He seems to find it amusing that Bond has survived him so many times, and usually greets him with a grin upon meeting him again.

He always does what his employers tell him to do (unless they try to have him killed). If that happens he will look after his own interests and ally with former enemies. As a professional he bears no ill will towards them. Neither will he be part of anything that could lead to the destruction of mankind or the Earth.

Dr. Holly Goodhead: “You know him ?”
James Bond: “Not socially. His name’s Jaws, he kills people.”

Hugo Drax: “Jaws, Mr. Bond must be cold after his swim. Place him where he can be assured of warmth.”
Jaws: “…”

Assassins are always needed. Jaws would likely have worked with The 1000, Intergang, perhaps even the League of Assassins, and could be seen in the employ as a ruthless henchman for some supervillain.

Advantages:
Misc. Advantage (Jaws’ teeth, jaw and cheek are so hard that by punching or kicking him there an opponent damages himself as if he’d hit a solid wall ; by having this opposite of a glass jaw, the area has an approximate BODY of 10 APs, 2 pts.), No Vital Areas.

Drawbacks:
Distinct Appearance (giant of a man with steel teeth), Partial Attack Vulnerability (-2CS RV vs. electrical attacks ; a +2CS Trick Shot to his jaw will do the trick, and affects his base RV rather than his jaws’ RV). 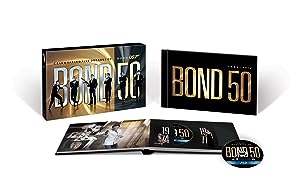