Jaws is a 25 foot, three ton, killing machine. It has three-inch long serrated teeth that turns victims into hamburger in seconds.

Jaws is a rogue shark and is very territorial.

Yet, the beast is purposefully inconsistent in its attacks. Hooper, the oceanographer, said it was a nighttime hunter. But its second attack was in the day, as was its third. When a group of amateur fishermen tried chumming the waters to catch it, Jaws steered clear of them. Only killing two men out to sea, but it didn’t sink their boat or eat them.

Jaws loves to take advantage of blindsiding its prey. Attacking from their backs or coming up from underneath. When coming from below the victim has no chance to see the dorsal fin above the water. This is Jaws’ normal first attack, if it fails it will pursue its victim relentlessly.

Jaws will batter a boat in an attempt to sink it. Even thrusting its body weight onto the vessel.

It switches its tactics all the time. If something isn’t working it tries something else.

This unusually large great white shark was responsible for several deaths around Amity Island. Attempts to dissuade locals and tourists from swimming in those waters repeatedly failed due to lack of evidence that a shark was responsible for the deaths. There also was the mistaken belief that a tiger shark caught in a shark hunt was the lethal predator they were looking for.

The weight of evidence in numerous deaths finally convinced the authorities to take the shark seriously. Amity Police Chief Martin Brody and oceanographer Matt Hooper accompanied professional shark hunter Captain Quint on his vessel, the Orca, to hunt down the beast once and for all.

After several dangerous encounters they finally killed the shark, but not before Quint and the Orca were both lost.

The territorial Jaws, staked its claim to the hunting grounds off the coasts of Amity island. This is a rare place to find a Great White. Its territory reaches from Cape Scott to South Beach.

When on the hunt, this shark moves near its targets before choosing one. Jaws normally only kills one victim before moving back out to sea.

Jaws’ personality changes when attacked or wounded itself. At that time it turns on its attackers with a vengeance. Jaws will attack without care of how much it is being injured itself. The beast won’t stop until all its enemies are dead.

It trailed the Orca for hours waiting for an opportunity for a sneak attack. Jaws got a chance when Brody began chumming the waters again.

Aquaman could easily control it and have him for an ally on some adventure. Jaws could also have been one of Carcharo’s pet megalodons. In fact, it would then be much bigger than even in the movie.

Another option is to pit street level characters in similar situations as the film protagonists were placed. Of course, this would be a life and death situation for the heroes, but heroes face that everyday.

A third alternative is the third DCU Shark, the mutated one who fought Green Lantern. Shark was a tiger shark but changing him to a great white shouldn’t pose any issues.

In this version, Jaws was not killed in the final battle but was instead severely wounded. Driven away from Amity Island, the shark encountered toxic radioactive waste that entered its wounds and triggered his mutation in the supervillainous Shark. Jaws’s unusual intelligence and aggression made it an even deadlier foe as the Shark than any other normal member of the species would have.

One might even have the subsequent movies (assuming one wants to consider them as part of this amalgamated  history) taking place during the periods that the Shark had been returned to his mutated form, albeit with a heightened degree of intelligence retained from his altered state.

In this scenario the subsequent sharks in the series were in fact rejuvenated versions of the original shark, with its continued survival and increasingly complex behavior being side effects derived from its various transformations.

Source of Character: Jaws the 1975 movie. 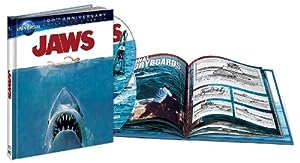 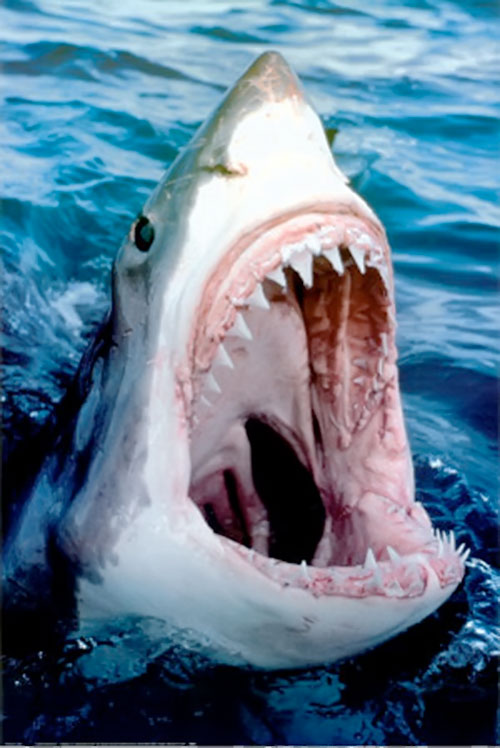 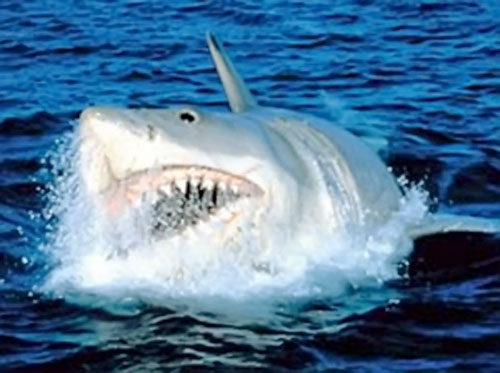