This is an old, old experiment to model a generic character played by Jean-Claude van Damme at the height of his career as an action movie martial artist. They tended to be interchangeable, y’see.

Nowadays we’d focus on specific characters from specific films, with more of a focus on what little makes them distinctive. But for now we got this, and that’s useful.

Van Damme’s basic character is (or was) a kickboxing and karate expert, with a highly cinematic and spectacular style. Many of his moves are high or flying kicks, with acrobatic dodges. He will often kick several times without moving his other leg, or rely on his ability to perform a front split.

Three or four thugs can still cause him problems. His characters do not usually hit as hard as other cinematic martial artists – he often needs quite a few blows to take one opponent down. Thugs in van Damme flick thus tend to have 15 Hero Points  or so, usually used to withstand blows and keep fighting.

In most movies, he also has background military skills – sometimes police skills.

Since the best film in van Damme’s early career is generally agreed upon as being Lionheart, here is a plot summary of that movie (taken from the long since defunct desnews.com):

The film opens with Van Damme’s brother being set on fire by drug dealers. Whether he was a dealer himself or merely a user — or, for that matter, why he was attacked by this gang — is never explained.

Van Damme is in North Africa serving the last six months of a hitch in the French Foreign Legion . But when he gets word of the incident, so he goes AWOL — we aren’t supposed to care since the Legion seems to be full of nothing but sadistic boneheads, anyway — and stows away on a steamer headed for America.

Once he gets near New York harbor, he jumps ship and tries to come up with some way to get enough money to head for California. Fortuitously, he comes into contact with a jive-talking illicit-street-fight promoter (Harrison Page).

Eventually, he links Van Damme up with a beautiful, sadistic organizer (Deborah Rennard) of no-holds-barred, no-rules, bare-knuckle fights that secretly entertain the decadent rich across the country.

The minute he makes it to Los Angeles, Van Damme looks up his brother – but he’s too late. And since the brother’s murderers are in police custody, a revenge plot is out.

So Van Damme is soon kicking the teeth out of various contenders — ranging from a Scotsman in a kilt to a long-haired surfer — earning money to help keep bill collectors away from the door of his widowed sister-in-law (Lisa Pelikan) and her young daughter.

Meanwhile, the Foreign Legion has sent two lunkheads to bring him in. It isn’t long before they link up with Rennard. Worse, Van Damme is suffering silently from broken ribs when he’s booked to fight a giant, named, of course, Attila.

Will van Damme win, or will he be splattered all over the pavement ?

Not much. He’s the tough silent type, but he’s much less purposefully violent than Steven Seagal. Van Damme’s characters are often simple, good guys caught in violent situations and doing what has to be done.

He doesn’t speak much, and always seems a bit reserved and awkward, even slightly naïve. While it is obvious he would be a swell, helpful neighbor and that his heart is in the right place, his IQ does not go very far in the triple digits – if that. Let’s say he favours simple, straightforward solutions to problems.

“OK, let’s do this” (shifts to fighting stance).

Can be used as an amusing reference, mostly. Of course, if your game is street-level enough, your heroes might get embroiled in Lyon Gauthier’s revenge and help him avenge his brother. Or they may meet him as a good-meaning pit fighter trapped by cruel managers.

The best way to introduce him may be his Sudden Death character. In that one, JCVD was an heroic fire fighter and bomb disarming expert (add Military science (demolition): 07 and Gadgetry (improvised weapons): 05 to the usual skills). After a mishap, he becomes a lowly hired fire security agent at the local stadium. Of course, shit happens.

He could be used as a trump card if PCs fail at a bomb disarming scenario. Nothing says “we screwed up” like being rescued by Jean-Claude van Damme.

Drawbacks:
Often a Dependent and a MIA to honor. 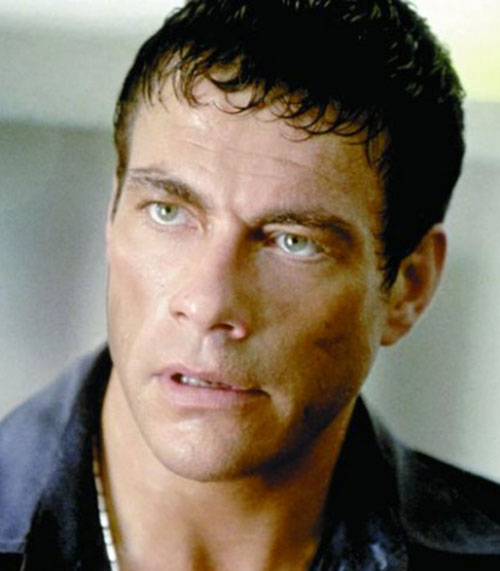 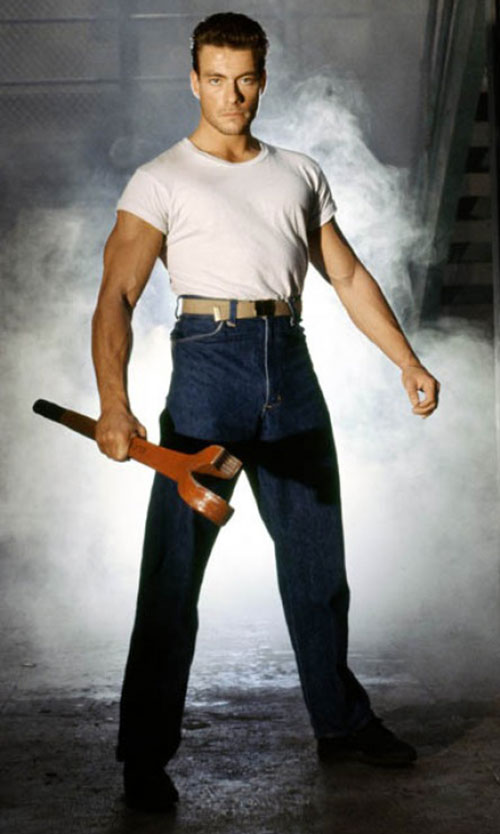 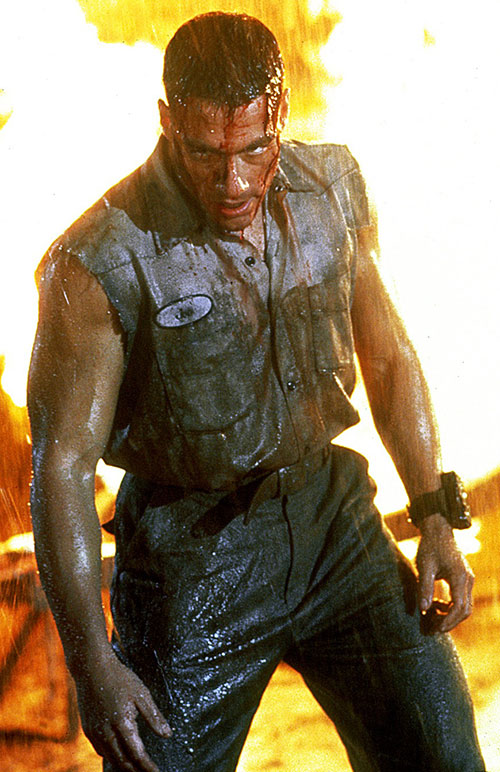