Mission of Justice is a 1992 fighty movie, starring Jeff Wincott.

It’s not a masterwork for the ages, but as martial arts flicks from this era go it’s better than most.

Kurt Harris is an ex-cop specializing in the martial arts. He’s fast, nimble, strong and very good at hand-to-hand combat. With a bo, jo, nunchaku or nightstick he’s extremely good, capable of defeating several black belts at once.

From his police days he retains knowledge of detective work, security systems, stealth and the use of handguns.

He’s also pretty perceptive and clever, but makes mistakes. Unfortunately for his opponents he’s not only good at dealing out punishment, but he can also take it like nobody’s business. In fact, he can take inhuman amounts of pain and damage, and still go on strong and remain conscious.

Harris used to be a police officer in an unidentified American city. It had trouble with high crime rates, and a vigilante group calling itself ’the Mission of Justice‘ had formed. The Mission took up anyone capable enough (i.e. extremely good fighters) as a member. They endeavoured to scourge crime from the entire city using vigilante tactics and methods.

Now, this wasn’t, of course, very popular with the police. But they allowed the Mission since they had actually decreased the crime rates in the city. The mission itself was led by the well-known Dr. Rachel K. Larkin, an ambitious woman who also applied to the voted to become the city mayor.

Unknown to the public and the police, Dr. Larkin was leading the Mission with an iron hand. She often used murder, extortion etc. to reach her goals for reaching further power.

This Mission had had several prominent members including the former boxing heavy-weight champion Cedric Williams. Williams had broken with the Mission since he no longer approved with their methods.

Police officer Harris was working, as usual, with his partner Lynn Steele. They stopped a robbery using hand-to-hand combat only. They then apprehended a man beating his wife. However, this suspect was almost immediately released by one Sgt. Duncan, since he was an informer.

Steele and Harris realised that he would kill his wife, and rushed in when they heard he was free. But they were too late. Once back at the station, Harris beat down Sgt. Duncan, and resigned from the force. He had simply had enough, and decided to join the Mission. The depressed Harris then went to his old friend Cedric Williams for full-contact sparring, lightening his morale.

That night Williams got a visit from the Mission leader. Dr. Larkin gave Williams the ultimatum to return a member of face the consequences. Williams refused and was challenged by Larkin’s brother (and bodyguard), Titus Larkin, into a match in the ring. Williams confidently agreed. At first it appeared as if he would win. But then, Titus became angered and quickly broke the champ.

Williams still refused to rejoin the Mission. Thus, he was shot to death by Dr. Larkin herself. However one of Williams’ students, Jimmy Parker, saw the murder. He was also a Mission member, but this broke his loyalty toward the organization.

The next day, when Harris came to meet with Willams again, he was met by the police, including his former partner Lynn, and learned of the murder. In an unusual manner for Harris, he didn’t beat the officers there in his grief, but decided to later return to look for clues to the murder.

That night he went there and found not only a clue to the murderers, a pin belonging to the Mission of Justice, but Lynn – whom knew he would show up later. She told him that she would give him any help possibly in solving the case.

The next day Harris went to the Mission of Justice HQ to join the group and avenge his friends murder. Since he did not tell them he was a former cop, Harris had trouble getting approval. However, three robbers barged in to show their contempt for the Mission’s work, and Harris beat them to a pulp. That earned him a probationary membership.

Harris went through combat training real fast. This attracted the attention of Mission leader Dr. Larkin. Harris told her that he was a former cop who wanted to deal more roughly with the criminals. Thus, he soon got permission to apply for full membership, and thus becoming one of the street vigilantes.

Like the other applicants, he had to fight a gauntlet through many martial artists, to reach Dr. Larkin at the end of the room. After the other applicants had been severely beaten (and probably killed) he was given a pair of fighting sticks. He surprised his opponents by throwing his weapons all the way to the feet of Dr. Larkin and walking away.

Suddenly he began tumbling, jumping and dodging his way through them all to the sticks. He picked them up and gave them all a severe beating (this is the video excerpt above)). Dr. Larkin immediately approved him to become a full Mission member and he got to live in the main HQ.

The doctor’s brother, Titus Larkin, was suspicious of Harris since he was an ex-cop. He decided to watch him very carefully. Although watched through security cameras while asleep, Harris managed to sneak away and steal the file and a video tape of Cedric Williams. Before anyone could realize he was gone, he went back to bed, just in time to be checked up by Titus.

The next day, Harris checked the tape at home, but these wren’t conclusive evidence. He was sent on Mission missions, including beating up a gang of car mechanics with probable illegal activities. After a long and brutal fight, the Mission won. The mechanics were killed since that was apparently the only way to stop these improbably enduring guys.

Harris teamed up with Cedric’s pupil Jimmy Parker, who eventually revealed the truth about Williams’ detah. Harris contacted Lynn since he now had a witness, to arrest both Dr. Larkin and Titus Larkin. Meanwhile, Titus searched Harris’ apartment and found the stolen tape. He now knew that his suspicions were correct, and that Harris had to die.

While sneaking around the HQ, Parker was himself brutally intimidated by Dr. Larkin. But Harris and Steele could tape that as evidence. After Lynn left, Titus suddenly showed up in the recording room and attacked Kurt.

In that same house, Dr. Larkin was holding a Mayoral election victoy speech to the press. But Lynn managed to free Parker and went on to arrest Dr. Larkin. Meanwhile, Titus and Kurt were fighting near windows above the big press conference.

Kurt managed to defeat Titus (with three headbutts, and three roundhouse kicks, none the less). Mr. Larkin fell through the window down to meet his death. Titus almost landed on the photographers, and Harris jumped down after him.

At the same time, Lynn and Parker showed up and showed the new tape contents to the press. Dr. Larkin was arrested and Williams had been avenged. Kurt Harris got back his police work for having solved the case. He continued his work along Lynn Steele.

How sticks can do such whistling noises, is a mystery.

Kurt Harris is a man of average height and slender built. He has brown eyes and brown hair and usually is seen around in his blue police officer uniform.

During his Mission days, he wore the typical clothing of the vigilantes; black jeans and a white T-shirt. The shirt bore a black-framed box on the back with the yin-yang symbol in black and white and the text ’Mission of Justice‘ in red letters below it.

Kurt Harris is a no-shit, straight to the point kind of man. He’s got a terrible temper and often uses over-violence against apprehended criminals. If his superior officers have the guts to critizise him, he’ll beat them up too (!).

His main interests, besides seeing justice done (he did deal out some of his own justice while a Mission member), is perfecting his knowledge of the martial arts. Actually, working as a vigilante fits him very well, and if he ever quit the police or went outside his jurisdiction area, he would probably still beat the crap out of criminals.

He has a kind and friendly relationship with Lynn, almost as if they were a couple.

The idea of revenge appeals strongly to him and he will often enter hand-to-hand combat even against opponents who are armed with firearms since he, apparently, likes to beat criminals.

Although he has a love for violence, his heart is more or less in the right place. He will certainly not let down a friend, and will immediately risk his life to protect them.

Kurt is also a quite clever guy who often uses surprise tactics just to shake his opponents up.

H-ck, just throw him in as is; he probably won’t unbalance the game. He can be used as another super-cop in a game including metahumans in big, American cities.

Since he’s got a real streak for vigilante work he could be used either as a Mission member or working for himself outside the law and teaming up with other known vigilantes. 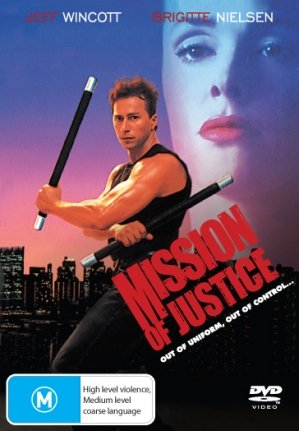 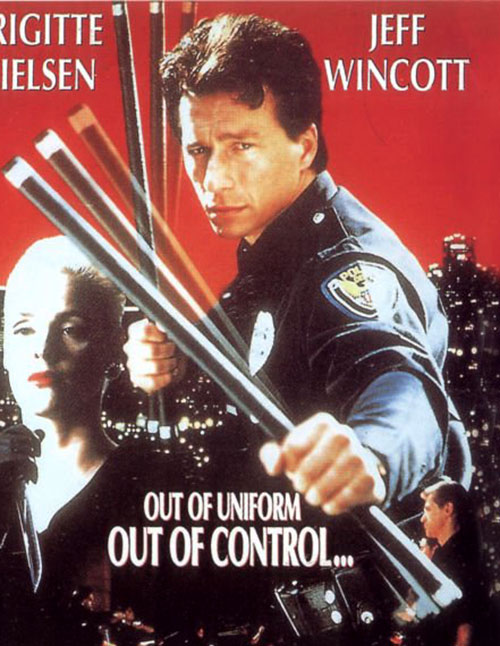