Jaxon is a former oil CEO. He also is a clever ploter and manipulator.

He can also use the Box robot, designed by Roger Bochs, through some sort of cyber helmet.

This first Box design is unable to fly. But it is strong enough to deal with Sasquatch (although the hero was pulling his punches, afraid of losing control of his rage). It also could severely beat Guardian, ripping off his armor. However, the damage suffered by the robot body can result in lethal damage done to the operator.

Jerry Jaxon was assisted by an android who usually went by “Delphine Courtney”.

He also had the ambush site in the WTC converted into a large empty room. Jaxon was able to control this room’s walls to open doors and windows, probably through the cyberhelmet.

Jerome K Jaxon was a Vice-President at Am-Can Petroleum Company. He worked 18 years for the company. One of his employees was James MacDonald Hudson, the future Canadian superhero Guardian and founder of Alpha Flight, the Canadian superheroes team.

That night, Hudson returned to his former Am-Can lab and destroyed the plans for the suit. He also stole the control helmet (without which the suit was useless).

Following Heather’s advice, Hudson went to the Canadian government with his knowledge and the cyberhelmet. He was quickly recruited into the secret services, avoiding likely Am-Can reprisal (legal or otherwise).

Jaxon’s bosses at Am-Can were upset with how he had dropped the ball with the Hudson situation, and fired him. As a result of losing his job, Jaxon’s wife (who was also the boss’ daughter) left him with his two sons.

This was only the beginning, because due to Am-Can long arm, Jaxon couldn’t find a job — any kind of job — anywhere. A year after, Jaxon was living in the street, and attempted suicide by hanging. However, the attempt failed, leaving him with brain damage and confined him to a wheelchair.

From that point forward, he blamed Hudson for destroying his life.

His life found meaning again when the original Guardian appeared as a Canadian superhero years later. He noticed the battle suit operated on the same principles as Hudson’s designs. He eventually found a link between the Ministry of Defense and Guardian.

He called the ministry and asked for Hudson. When Mac answered the call, Jaxon’s suspicions were confirmed, and he began to plan.

You don’t have to put on the red light

He contacted Roxxon Oil, whom he knew was interested in controlling unique energy sources and told them about Guardian. They agreed to fund him in his project. They even gave him an assistant, Delphine Courtney, in part to compensate for his reduced mobility.

She recruited former members of the disbanded Beta and Gamma Flights to form Omega Flight. Omega Flight had two purposes: the death of James MacDonald Hudson and the destruction of Alpha Flight.

Jaxon arranged for Hudson to be offered a job with Roxxon in New York. Once Mac and Heather moved to New York, Delphine Courtney kidnapped Heather and Jaxon sent Omega Flight against Hudson.

Jaxon himself played a role in this fight as he took control of the original Box robot (thus becoming Box II).

He beat Hudson badly, while promising he would kill Heather, but Hudson was finally able to prevail. He used his Guardian suit’s power supply to cause a feedback through the Box armour into Jaxon’s mind, thereby destroying it.

The damage to Hudson’s suit from the battle seemingly incinerated him.

After years of massive stress and despair, Jaxon’s hair is completely white.

Jaxon was once an egoistic, somewhat amoral CEO. He was entirely able to marry his boss’ daughter just to progress in his career, and to betray friends if necessary for the business.

After his personal ordeal, he became a broken man. The only thing keeping him alive was a bitter desire to kill Hudson and destroy his dream (Alpha Flight). Though he keeps a polite façade his eyes burns when he talks about vengeance. In a typical villain sense, Jaxon blames the Hudsons for his disgrace, but not the true culprit (Am-Can).

When Jaxon is piloting Box, the sensation of walking again and the raw power somewhat intoxicates him, and he gloats a lot.

(As an Am-Cam manager) “You’re far too kind, General. Dr. Hudson is clearly ignoring the fact that this *toy* of his would have never been built if I — and Am-Can — had not been prepared to take the financial gamble on his ideas.”

“Just as Jim Hudson has recruited super-powered individuals for his Alpha Flight, so I followed in his footsteps. Thus I created my own Omega Flight, and they have but one purpose… the death of James McDonald Hudson ! The destruction of Alpha Flight !”

Jaxon could be a former boss of Steel, back when he was a weapons designer, the one who sold his “toastmaster” laser gun to Third World dictators. He probably kidnapped his niece Natasha Irons at some point to lure Steel into a trap.

The hero defeated the madman, but apparently died in his armor final explosion. In reality, Steel was transported to Apokolips, where he found his Aegis armor. 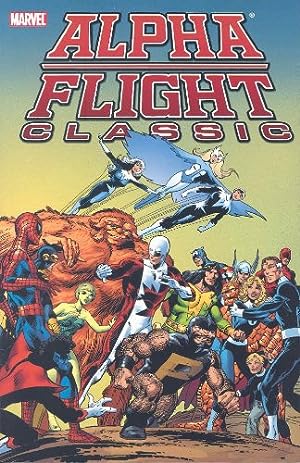 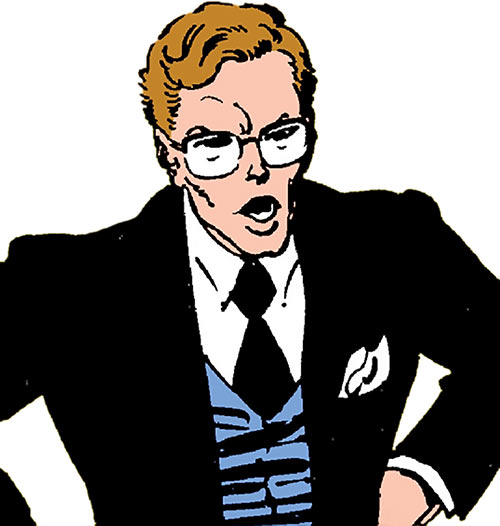 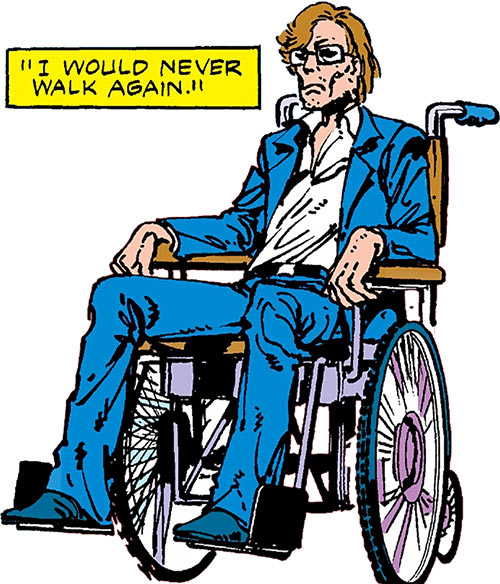 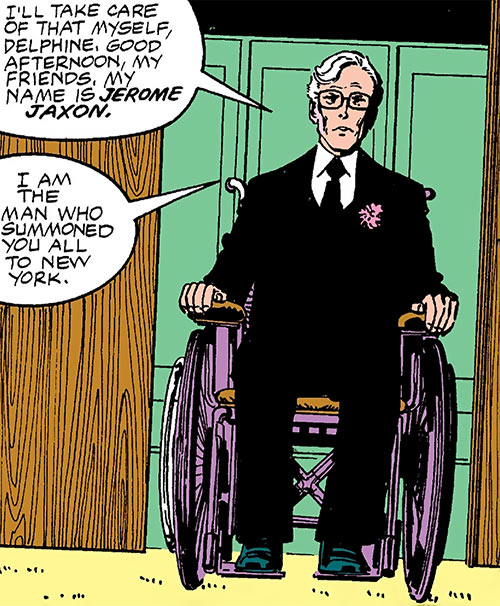 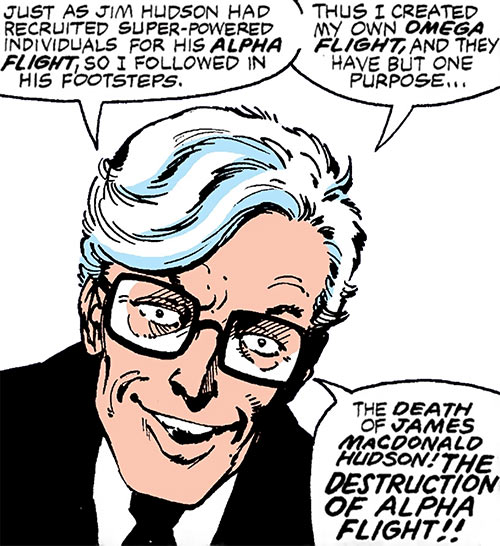 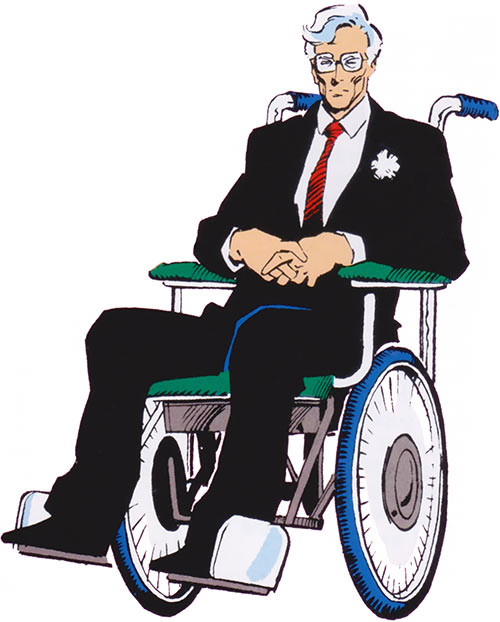