Jesse Quick has inherited the powers of both of her parents: strength surges from her mother and superspeed from her father. While her mother’s powers are innate (Jesse does not require the external trigger that her mother did), Jesse must still use her father’s formula to activate her superspeed.

The interaction of her parents’ powers also gives her some degree of flight independent of her superspeed unlike her father’s, which is totally dependent on his superspeed.

This may be related to the telekinetic blast her mother once exhibited, and it is possible she may eventually manifest other related abilities (Liberty Belle’s World at War  stats included Sonic Beam, but it has been pointed out that the power shown in the comics looked more like a telekinetic push).

In addition to her formidable powers, Jesse Quick is highly intelligent and a very quick learner. She is a skilled computer programmer (she was even able to reprogram a Manhunter sleeper agent on one occasion) and has developed excellent leadership skills during her time as a CEO and a member of several superteams.

Jesse has also extensively studied the historical exploits of superheroes. When Max Mercury revealed his history, Jesse correctly correlated a number of mythical appearances of speedsters she had come across in her studies with Max’s exploits.

Jesse Chambers is the daughter of Johnny Chambers and Libby Lawrence, who were better known as the famous All-Star Squadron members Johnny Quick and Liberty Belle. They divorced when she was a child, but the parting was amicable, and they shared the raising of their daughter.

However, her father was not around very often and this lead to feelings of abandonment on Jesse’s part.

Jesse grew up hearing stories of the superheroes that worked with and inspired her parents, and was so inspired herself. At some point during her childhood she discovered that she had inherited the powers of both of her parents. When she entered college, she majored in history with an emphasis on metahuman activity.

Her life took a turn when the original Justice Society of America returned from the battle of Ragnarok in limbo. She observed her childhood heroes from afar, and soon joined them in their battles, taking the name Jesse Quick in honor of her father.

Following the loss of several members during Zero Hour , the JSA disbanded. Jesse Quick joined her father afterward working with the Flashes and other fellow speedsters. Jesse Quick was even led to believe she was to replace Wally West as the Flash if something should happen to him.

This turned out to be a ruse he had undertaken to spur Bart Allen (Impulse) to take his responsibilities seriously. Jesse was very bitter toward Wally after the revelation, referring to him as “Puppeteer West.”

In the aftermath of these incidents, Jesse began having difficulty with her superspeed, which would only activate erratically. She realized that this was tied to her feelings of abandonment by her father (who had left her twice, once as a child and again by entering the Speed Force) and other father figures such as Wally West.

She worked her way through these feelings and has since experienced no power complications. Having cleared up these emotional issues, Jesse Quick was happy to concentrate on her superhero career, which was much more satisfying than it was before.

She also took over her father’s position as CEO of QuickStart Enterprises, a company that started as a provider of inspirational materials (such as self-help seminars). It has since diversified into other organizational areas such as computer software.

Jesse had a brief stint with the third Conglomerate (a group of superheroes linked to various corporations) and temporarily substituted for Wally West in the JLA during the Black Flash crisis. After that, Wally introduced her into the latest gathering of the Titans, where she has been a valuable addition to the team.

Jesse Chambers is an attractive young woman in a bookish way. In her civilian identity her glasses are usually perched upon the tip of her nose and she dresses in semi-formal attire.

Her costumes have changed frequently, but usually feature a red torso with yellow sleeves, stockings and trim as well as amber protective goggles.

Jesse Quick is proud to be continuing the heroic traditions laid down by her parents and their compatriots in the Justice Society.

She has struggled at times with feelings of betrayal by father figures due to: 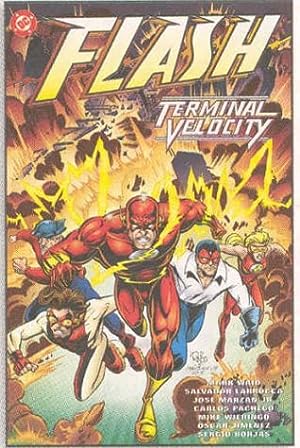 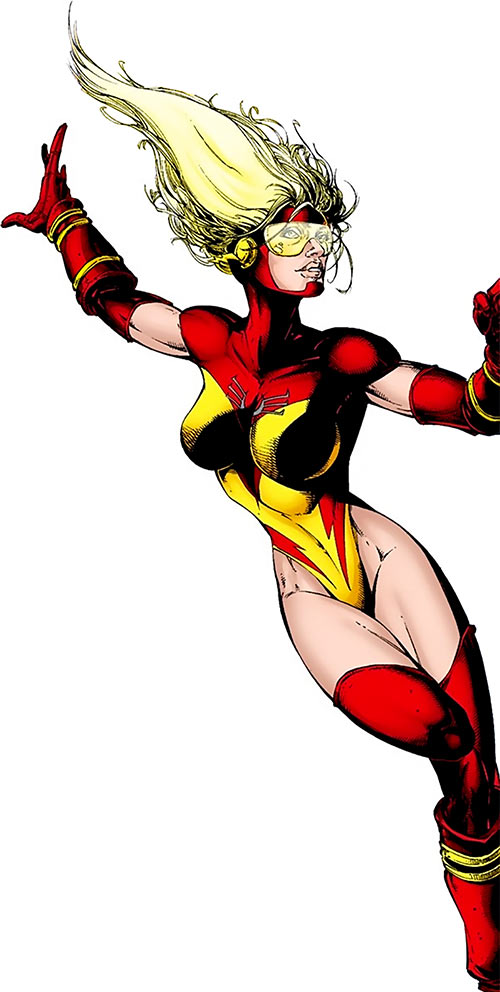 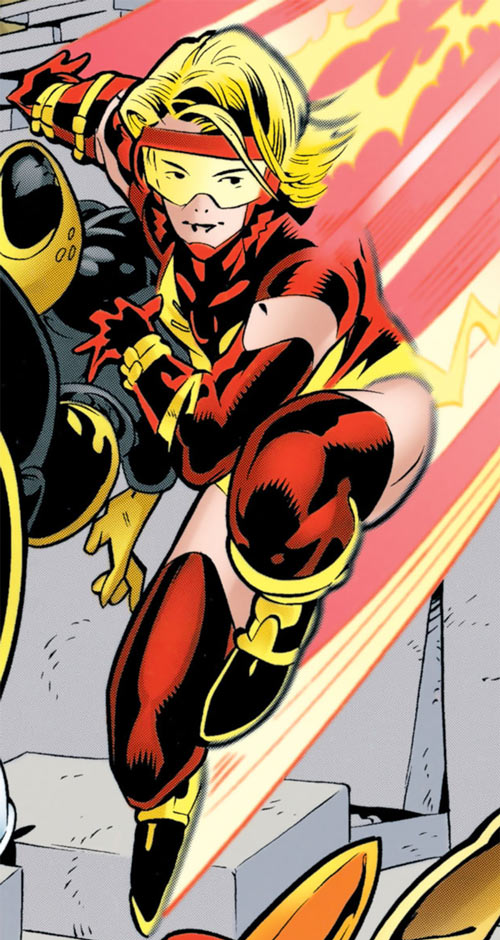