The Jester is trained in boxing, acrobatics, body building, swordsmanship and a host of other physical skills. These make him a somewhat effective and skilled hand to hand opponent.

Most of the danger he poses, however, comes from his arsenal of odd gadgets.

Jonathan Powers was certain that he was a great actor. But in reality was quite mediocre and too much of a glory hound. Although he once managed to get cast as his favourite role ever, Cyrano de Bergerac , in an off-Broadway company, the performance went very badly. He was fired.

Considering it a mortal insult to his nonexistent talent, Powers started training better for the part.But he concentrated on physical skills such as fencing and acrobatics rather than acting training, which he was certain he did not need. During those years, he only found a role as a stooge in a bad children show. Powers started to seriously snap.

Deciding the world had enough of a laugh at his expense, and that he would now laugh at it, he had an arsenal of gadgets built by the Tinkerer. Powers started wearing a strange harlequin-like costume while performing crimes. 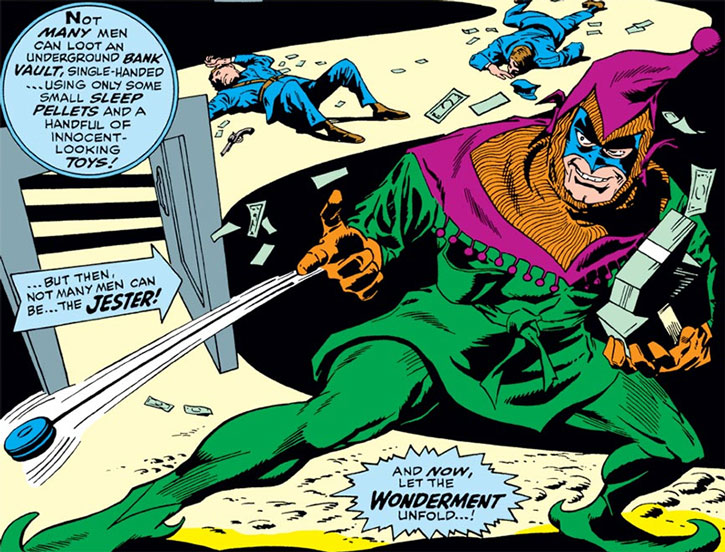 After many encounters with Daredevil, and working with such villains as Cobra and Mister Hyde, the Jester ultimately recovered his sanity. This occurred when, as Jonathan Powers, he could finally play Cyrano on TV – and performed admirably and to critical acclaim. His moving performance vindicated him, and he never wore the Jester togs again.

However a new Jester has since appeared, using Powers’ gadgets and style.

Like many costumed madmen, he likes to threaten his opponent’s sanity through clever manipulations and proving *his* demented point of view is right.

The killer clown/harlequin is of course already taken in the DCU. An interesting idea, given the charisma of the Joker and the dread he inspires, would be to have a cult-like network of copycat killers and psychos styling themselves after the Joker, and using the Jester costume and equipment. They are coordinated, given info and provided equipment to by an unknown party. 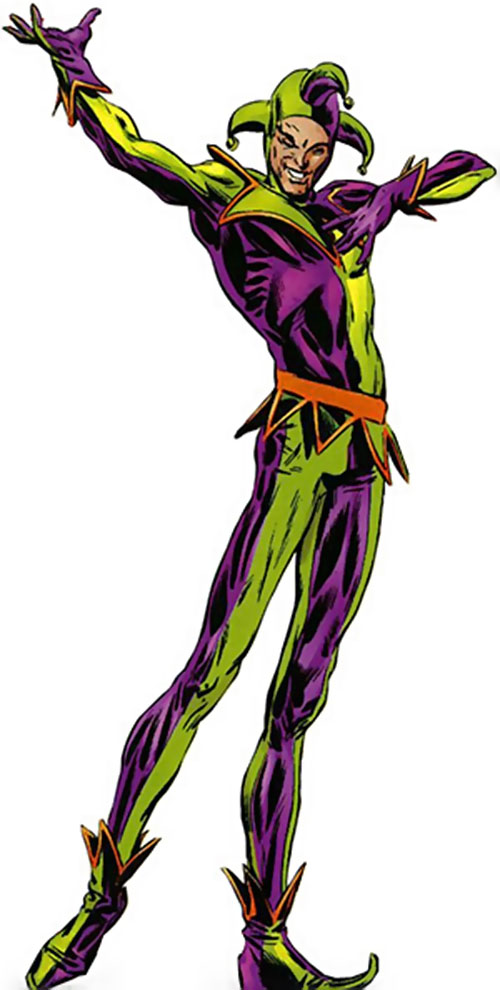 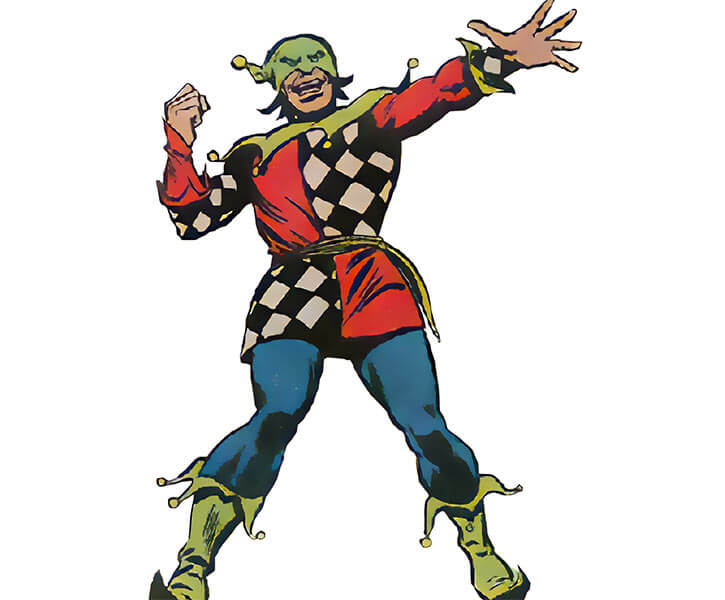