Jet Black’s body seems to be that of a robot or cyborg. He can transform into a variety of shapes. Documented forms are :

It is assumed here he can reshape his technological body into numerous other shapes. For instance, while maintaining the bike’s Running: 07, he quickly shifted from Radio communications: 07 to Projectile Weapons: 07 to Jumping: 07.

Jet Black might be a robot, a cyborg or a technovirus  infectee. But it is more probable he’s a mutant with unusual abilities.

Jet Black seems to have the tough-guy, young Yakuza attitude down well. And he certainly looks the part.

Like most of the Rising Sons, he’s quite confident.

Bonuses and Limitations:
Self-manipulation cannot duplicate anything above 7 APs (-1). 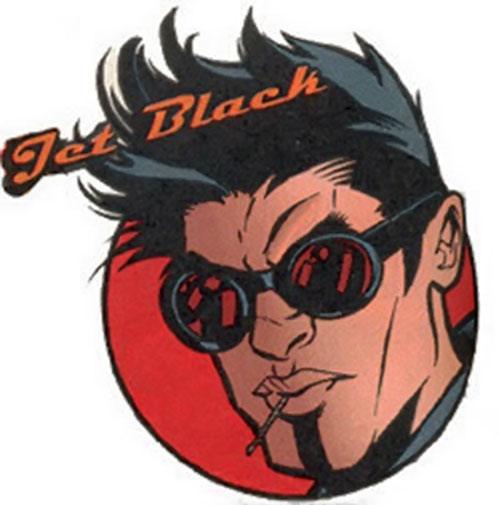 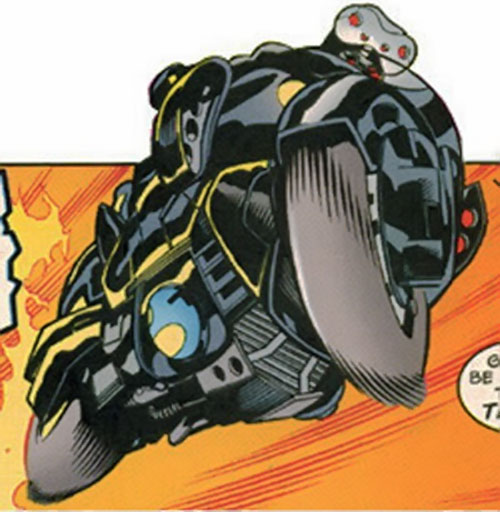