Note that this first profile does not uses additional information and retcons  from later appearances, with the exception of some data from Files of Nick Fury – Secret War. Each profile in the series only covers that version of Jimmy.

Agent Woo is the traditional two-fisted, heat-packing, hard-detecting G-man of the 1940s and 1950s. He’s sharp, very courageous, persuasive and an excellent fighter.

He has repeatedly demonstrated the ability to take on four or even five trained and experienced men unarmed. He also seems to have some form of military training – perhaps he served in Korea.

Jimmy always knows about the latest developments in scientific research. At the very least he’s an attentive reader of popular science magazines. In the 1950s, the hero is always knowledgeable about science.

Hail to the G

Woo supposedly works for the FBI. Yet he is routinely sent on missions that have very little to do with the Bureau’s responsibilities, such as investigating seismic disturbances on uncharted islands deep in the Pacific.

It is thus possible that he was transferred to an inter-agencies task force working on the Yellow Claw case, then transferred back when the Claw vanished. His Connection with US intelligence agencies in our game stats is based on this hypothesis. If it existed it probably only lasted from 1956 to 1958/59.

Jimmy Woo’s youth wasn’t depicted. It is possible that he was born in the US of Chinese parents, perhaps traditionalists who fled China during the overthrown of the Qing dynasty  and the warlords years that ensued. But this is just a guess.

As his adventures begin he’s a crack FBI agent. He graduated valedictorian at the Academy and seems to be 25 or so. Neither his youth nor his ethnicity seem to bother anyone – which is remarkable in the 1950s.

In 1956, the Director of the Bureau informs Agent Woo that the Red Chinese made a Fu Manchu-like figure, known as the Yellow Claw, their main agent. The Claw’s goal is to destabilise the US and thus facilitate an invasion of Taiwan. The Claw is thought to already be in the US, presumably in the San Francisco Chinatown.

(For a scholarly — but short — history of the “Yellow Peril” in genre stories, see Jess Nevins’ blog article ).

Woo having contacts in the area, he’s assigned to the case. The ace agent soon locates the Claw and his Nazi ally, former death camp commandant Fritz Voltzmann. 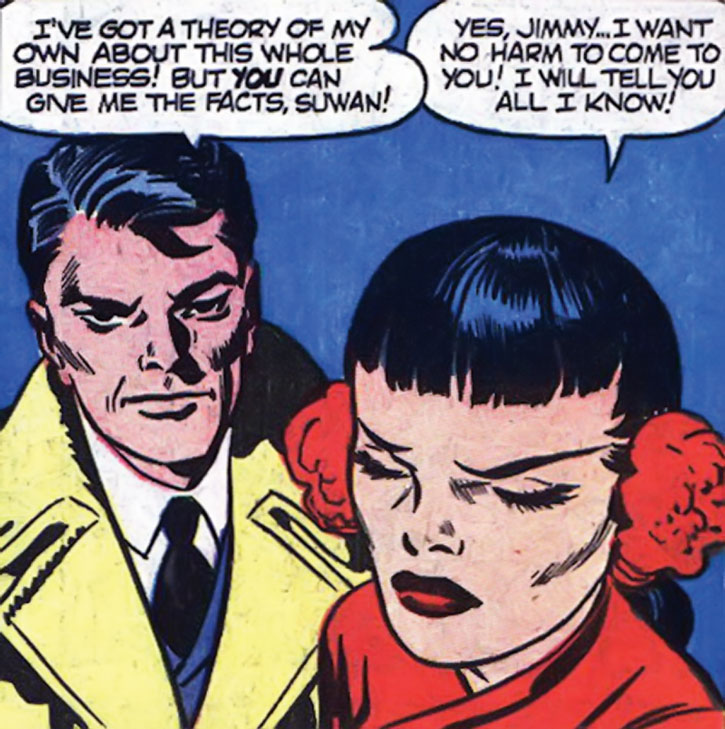 This investigation also leads Jimmy to encounter the Claw’s grand-niece, Su Wan. The lass openly objects to the mastermind’s horrible schemes. The two youths instantly develop a strong but unspoken attraction. During the following years Su Wan would often convey inside information to Jimmy, or even help him escape from death traps set by the Yellow Claw.

Being Su Wan’s guardian, the Yellow Claw never harmed her or even detained her over this. Her welfare was his responsibility. However decades later, Su Wan noted that he did use hypnosis against her when her opposition to his plans was too overt.

The Claw took his familial duties so seriously that he did not want to kill Agent Woo. He realised that his grand-niece was in love with him and did not want to break her heart. He thus preferred deathtraps in which the G-Man would have a fighting chance.

Further complicating the situation, Jimmy Woo’s patriotic duty sometimes forced him to abuse Su Wan’s trust to arrest the Claw. However she understood his obligations and seemingly never resented Jimmy for long over these incidents.

The stories about the Yellow Claw were short and formulaic, as was the style of the day. They included little plot or character development. Woo’s exploits against his fiendish nemesis include: 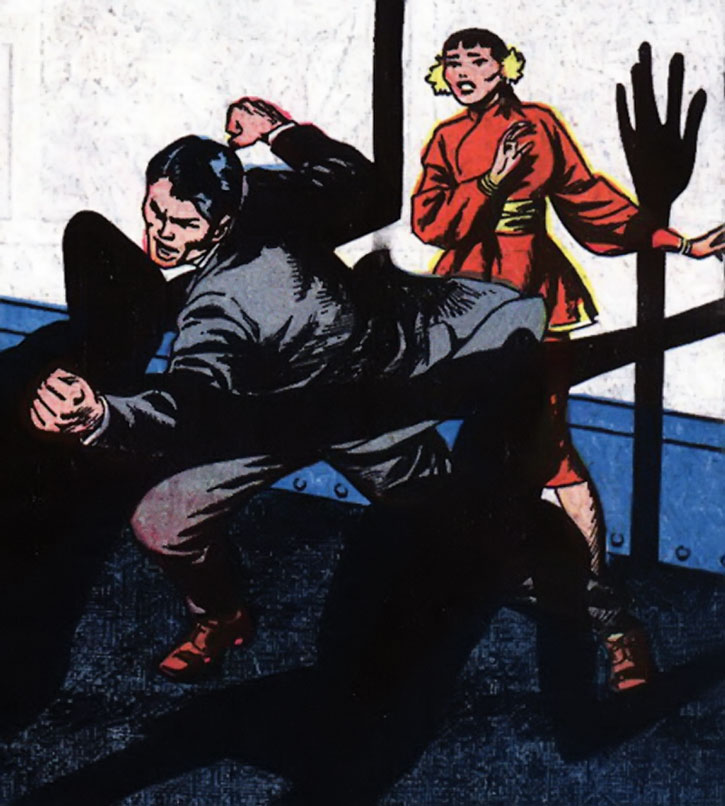 Though Agent Woo kept thwarting the Claw in the nick of time, he apparently never stopped him for long.

Circa 1960 the Claw vanished from the scene. The FBI reassigned star agent Jimmy Woo to other cases. It would seem that he met with Captain America during one such unchronicled investigation. 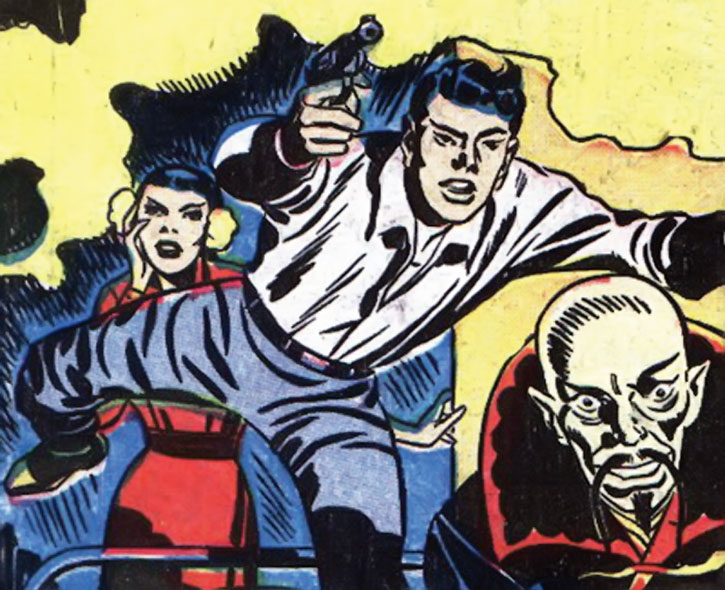 In 1967, Captain America consulted Woo about a case he and Nick Fury had handled two years prior. After Cap and Fury finished explaining the encounter, Woo drew the correct conclusion. Only the Yellow Claw could be behind such a weird and formidable plan.

This is how Mr. Woo became acquainted with Mr. Fury, who would soon play an important role in his life.

During the 1950s Woo is a chain smoker, as was common back then. He is rarely seen without a cigarette.

His skin tone has been through many odd changes over the decades. It went from that weird pale yellow often used for Asian characters in 1940s comic books and anti-Japanese propaganda, to the same skin tone used for Caucasian characters.

Not really. The only thing distinguishing Jimmy Woo from the archetypal 1950s two-fisted, sharp-eyed G-Man is the colour of his skin. And that is simply *never* mentioned or even alluded to during the course of Yellow Claw.

“I’ve got a theory of my own about this whole business ! But you give me the facts, Su Wan !”

The likeliest niche is to have him accompany King Faraday during the gap between the original Danger Trail comics and the Showcase features.

In the 1960s he had more Equipment Ranks for spy-type gadgetry.

Source of Character: Yellow Claw (1956-1957) and his Marvel Universe appearances. 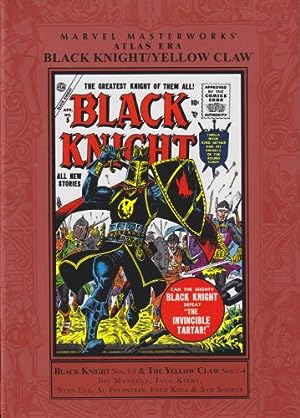 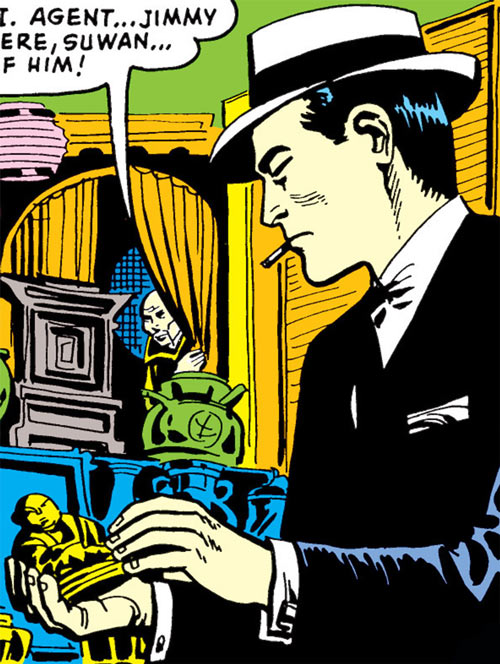 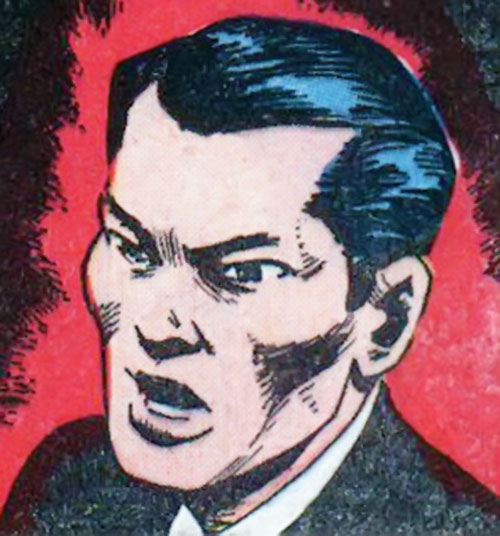 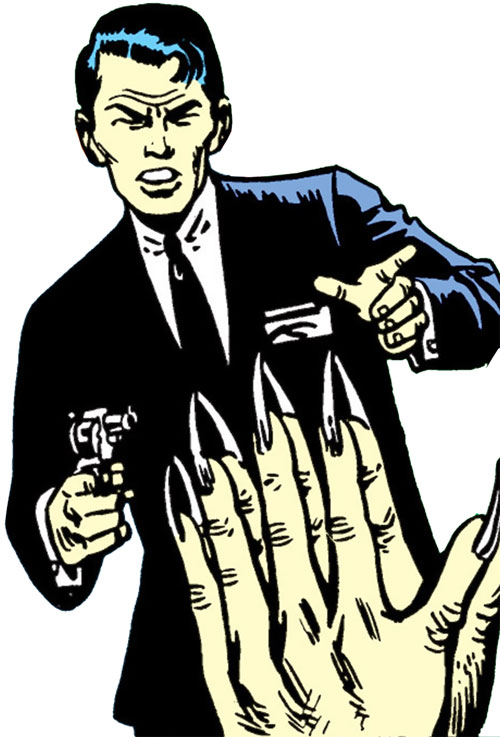 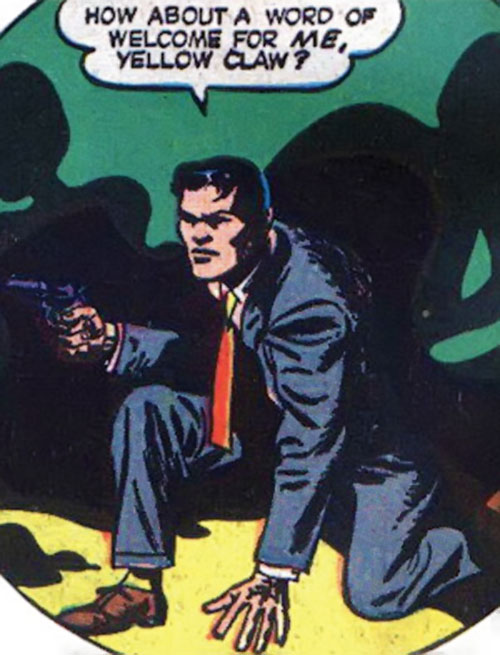 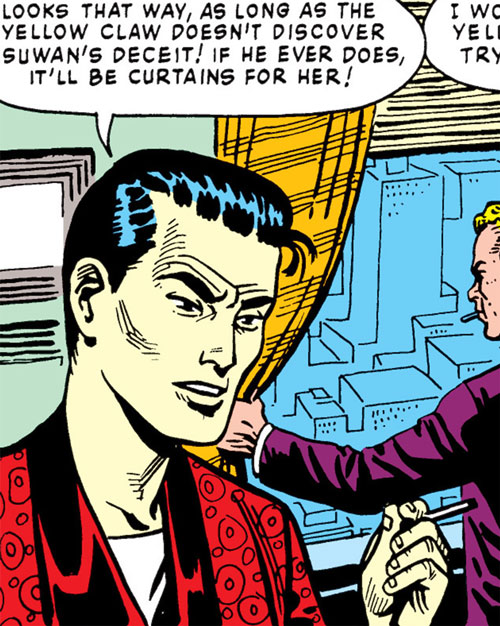 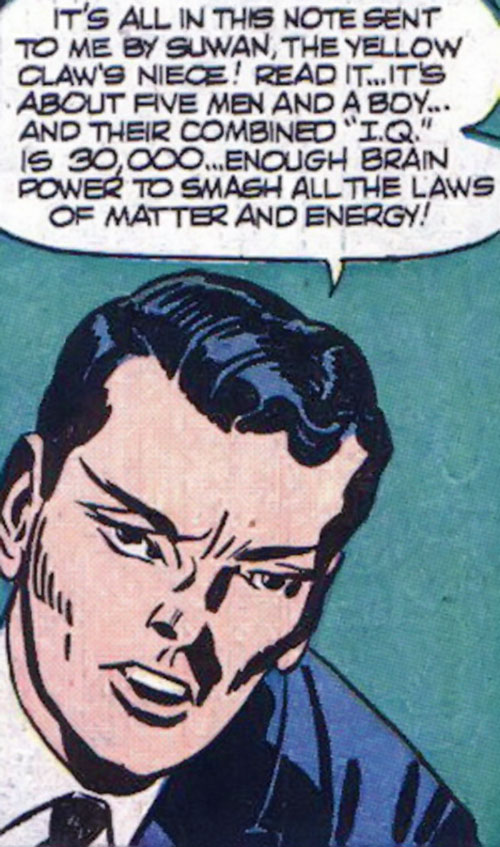 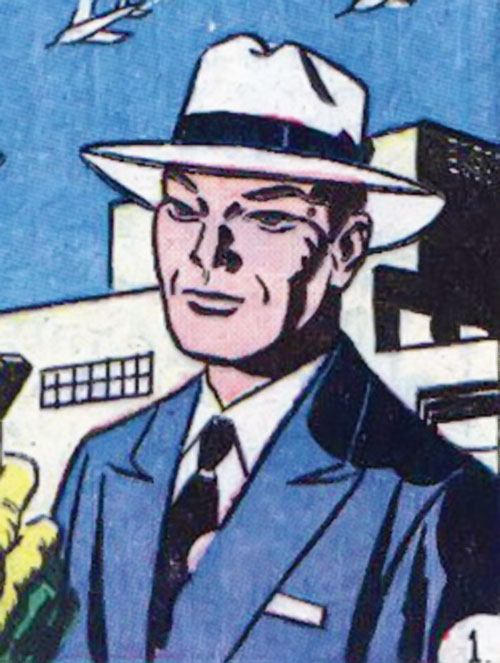 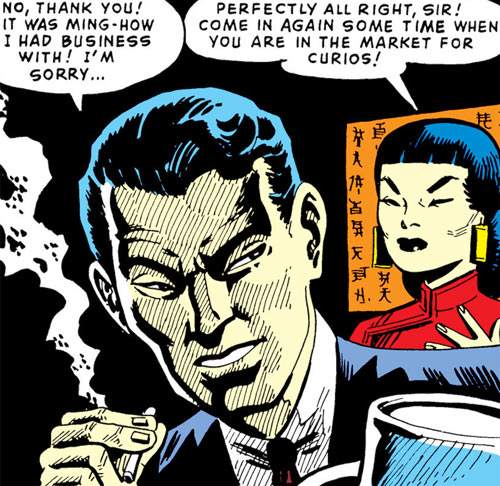 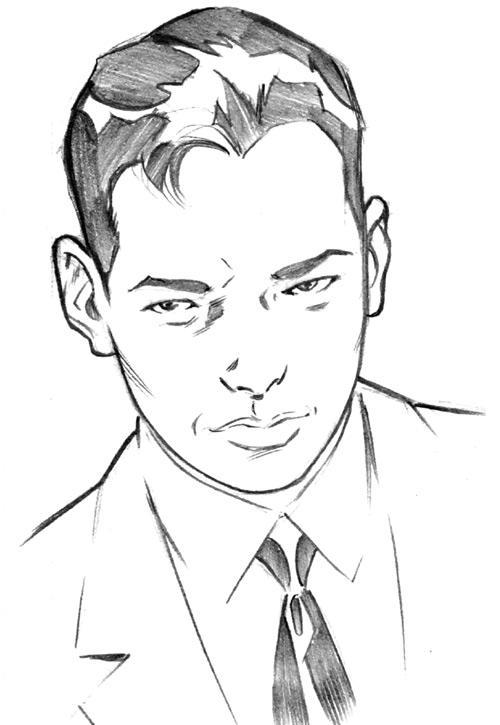