A highly skilled combatant, Jimmy is also a world-class investigative agent, and was S.H.I.E.L.D.’s leading interrogation expert for a long time.

Jimmy is a strong leader, and has been described as “radiating leadership”. He quickly got his G-Men working together as a unit when they first formed, and made a strong enough impression that they came to his aid half a century later. This may well in part be why the Yellow Claw chose him as his successor.

A leading FBI agent during the 1950’s, Jimmy Woo led their opposition to the plans of the Yellow Claw (actually the Golden Claw, but his name was mistranslated by his Western enemies). For more detail, see our Jimmy Woo (profile #1) entry.

Following the disbanding of Department Zero Jimmy was promoted out of field work, and the Yellow Claw’s activities seemed to die down. He later joined S.H.I.E.L.D., where he spent most of his career. For more detail, see our Jimmy Woo (profile #2) entry.

Nearing retirement, Jimmy used his status as a member of S.H.I.E.L.D.’s Directorate to covertly investigate the Yellow Claw. Leading a group of troublesome agents he’d handpicked, he tracked down the Atlas Foundation, an organization he suspected of being a front for the Yellow Claw.

He ran into trouble, and his team was slaughtered, Jimmy himself left mortally wounded.

Restored to his youth and learning the truth about the Claw, Jimmy accepted the Spirit Banner of Temujin, becoming leader of the Atlas Foundation. He continues to act in that capacity, doing his best to improve the world.

Dynamic and dedicated, Jimmy is a born leader who can quickly gain the lifelong loyalty of a disparate group of personalities, easily engendering in them a trust of his leadership abilities.

While he was dedicated to bringing down the Yellow Claw he rarely let this passion take control of him, maintaining a level-headedness in even the most trying of conditions, and when possible he plans out his actions rather than just rushing in. 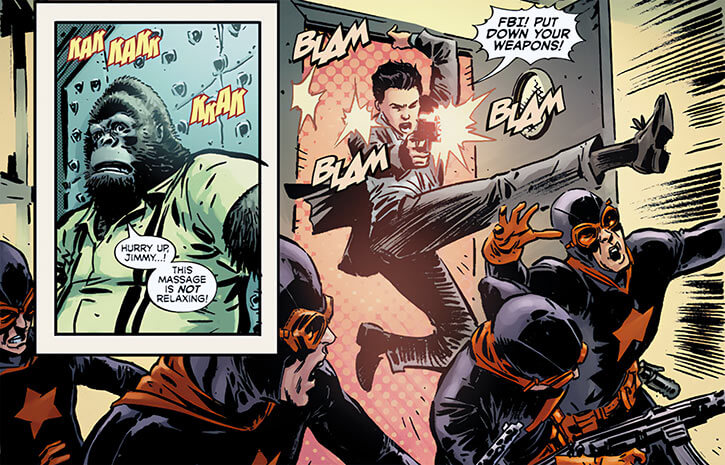 He can be ruthless when called for, but understands his teammates may be less willing to kill than him and won’t force them to do so, taking the difficult actions onto himself.

Having no memory of the past half century has left him slightly out of place in the modern world, but he quickly adapts to new things, so is rarely thrown for long.

(Faced with a small army of undead) “M-11, please re-kill these people.” 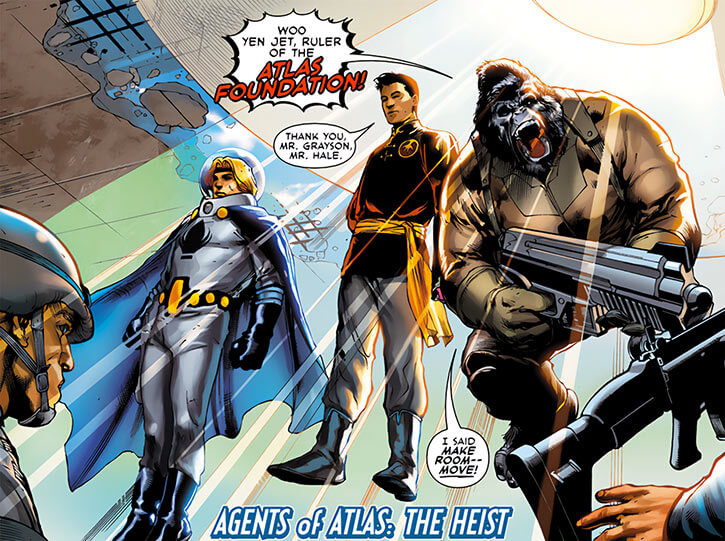 “Listen to me. This is Jimmy. I’ve never lied to you. And I never will.”

Recruited to Checkmate when the Yellow Claw appeared to resurface, his clandestine operation happened just prior to the organization’s collapse under Max Lord, allowing Jimmy and his team to investigate Atlas without the full resources of Checkmate on his tail.

Before they thought he died, S.H.I.E.L.D. had been hunting him and the rest of the Agents, giving him the Mistrust Drawback and removing his Secret Identity. His stats prior to this are covered in Jimmy’s first and second writeups.org profiles. 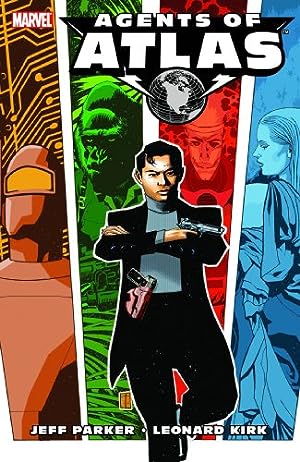 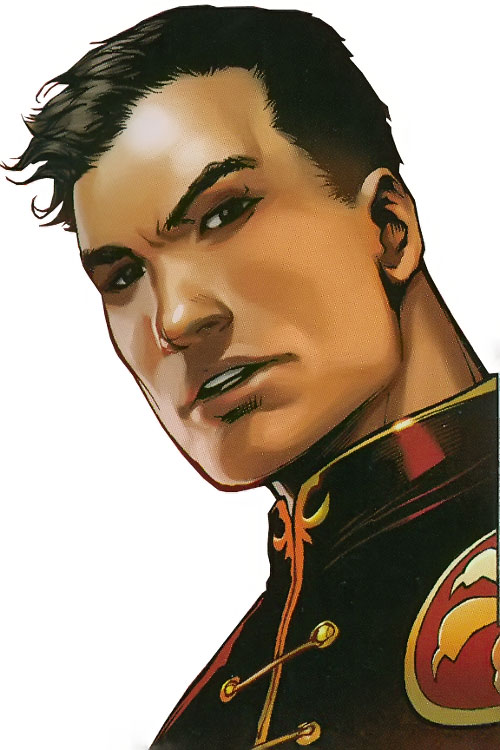 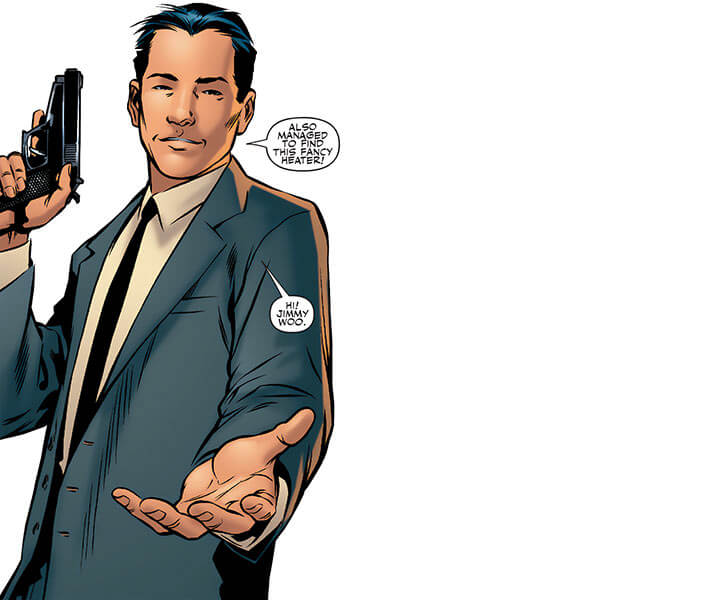 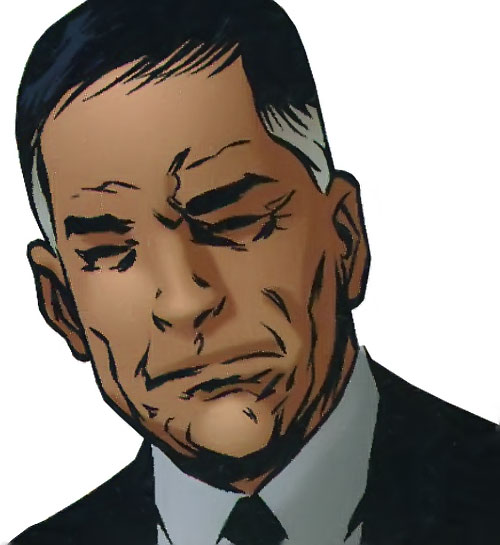