The premise was a crew of mostly non-powered experts designing, testing and refining ways to stop dangerous superhumans. It can work quite well in the context of a tabletop RPG campaign.

Doran is a highly professional and dedicated police officer. He has remarkable charisma, drive and personal integrity. Other officers will reflexively follow his lead even in desperate circumstances, even though he does not seem to have any special rank.

He seems to be an excellent shot, even with weapons that are normally reserved to tactical officers.

Doran is in excellent shape and obviously works out a lot.

Beyond tactical weaponry, Doran demonstrated knowledge of advanced rescue techniques. He instructed Fahrenheit in blowing/melting them free from a collapsed building. This makes one suspects that he was a member of the Emergency Service Unit. However, this is never stated in the source material.

In game terms this is represented by his Expertise in Special Weapons And Tactics, and his Expertise in ESU work. The latter covers firefighting and hazardous rescue training, HAZMAT training, SCUBA training, and special training in interacting with disturbed persons.

Doran’s chief asset is his excellent tactical acumen under pressure. He is exceptionally good at coming up with effective plans and manoeuvres even against overwhelming force and extreme stress.

He thinks super-quickly on his feet (in DC Heroes terms INT, Init) and has an extraordinary amount of Hero Points  for an ordinary cop. Even smart superhumans are often impressed by how perceptive Doran is.

Officer Doran is also a superb deductive thinker and investigator.

While serving with Manhattan’s 18th precinct, Officer Doran was close by when a catastrophe struck.

A group of superhuman villains had been assembled by the daemonite Lord Defile to discuss the possibility of an alliance. But two NYPD patrol officer stumbled on the abandoned theatre they were having their meeting in.

The confrontation rapidly escalated, resulting in the death of dozens of police officers and bystanders right in the middle of Manhattan. StormWatch teams were teleported in soon after the alarm was sounded, but the event still resulted in hundreds of death. It was one of the worst massacres ever in New York City.

Although he was just one more grotesquely outgunned boy in blue at the scene, Doran proved quite effective. After the Cooler took out StormWatch’s Fahrenheit, Doran attempted to apprehend her. But she froze off his handgun using her cold powers. Thinking quickly, Doran moved so that the next ice blast of the dazzled supervillain hit a broken lamppost, electrocuting her.

As the officer brought Fahrenheit to the makeshift triage center, the posthuman Pagliacci came in to slaughter the wounded and the medical personnel. Doran engaged him using a nearby riot gun. But he soon discovered the psychopath’s speed and agility made him practically impossible to him, even with buckshot.

As Pagliacci prepared to skewer Doran, the cop reasoned he was fairly certain where Pagliacci would be in the next second. He shot off the ceiling a heavy suspended lights array. It crashed on the both of them, but Doran rolled away in the nick of time while Pagliacci was caught flat-footed.

Those actions caught the attention of StormWatch senior officer Jackson King (aka Battalion), who interviewed Doran. King hoped that others could be trained to act as the officer had. And he knew that he needed a solid relationship with the NYPD for his upcoming StormWatch PHD unit.

Therefore, Battalion negotiated for Doran to be promoted as liaison and field commander of the PHD as soon as it would be assembled. Soon, Doran was the commander of this small, specialised unit. It researched and experimented with means for human law enforcement forces to deal with posthuman criminals and their superpowers.

During the first missions of the PHD, Doran’s wife, who had been sick and undergoing hospital tests for months, was diagnosed with cancer. But she eventually managed to recover from this ordeal after months of treatment.

The PHD was also seen in the alternate Armageddon future of the Wildstorm universe. But since this was but a possible future and Captain Atom intervened to modify its probabilistic weight, it is not terribly relevant to the characters.

A possible exception is John Doran, who actually time-travelled to that future and witnessed the devastation. He was told by PHD survivors that he had died fighting during the great upheaval in their past.

Very professional, intense and dedicated. He’s a serious man and an excellent leader, with a great sense of psychology and of fairness. Even while his wife was fighting cancer, he managed to stay largely focused on his responsibilities whilst working.

While he’s an excellent leader, he’s more naive than the politically-savvy and manipulative Jackson King. But this also stems from his uncompromising, balls-to-the-wall, principles-driven personality.

Doran has also a very developed sense of police brotherhood. One of his key contributions was to drag his team into the same reasoning without really thinking about it. He made them gradually consider the NYPD as brothers-in-arms, and adopt Doran’s “cop killers don’t walk” ethos.

Apprehending cop killers was the sole case where he even accepted to relax his ethical standards a bit in the interest of efficiency. John let Dino Manolis torture a suspect to gain information so they could nail the Walking Ghost.

Doran is so duty-bound that he always, always insisted on doing his job to serve and protect even in the most trying and impossible circumstances. He’ll keep his calm and do what he thinks had to be done. He also tends to be self-effacing, ignoring compliments about his leadership and downplaying his achievements.

(About his fight against the Cooler) “I figured I had one more shot before she shook off the cobwebs, so I stepped in front of a lamppost someone had smashed in half. I knew water was a good conductor. Turns out it’s just as good frozen.”

(About his fight against Pagliacci) “Yeah, I figured that out. So instead of firing where he was, I thought about where he’d probably end up. It’s not rocket science.”

“All right, good. Dr. Shaw, I want a list of ways to exploit this vulnerability. Betty, see if you can rule out any supernatural element to his powers.”

“Do you know how many funerals I went to for cops this bastard killed ? I run this squad, not Jackson King, and I say we do our job.”

“I’ll tell you what’s going on. The bastards who murdered so many of us — they’ve invaded our house. They’re trying to take it over. But we’re gonna take it back.” (grabs and loads a riot gun as a ragtag band of cops ready their weapons)

(Bursting into a room full of supervillains and alien warlords) “NYPD. You’re all under arrest.”

“No, let me explain it to you. This is a crime scene. I’m a cop. And everyone here is a suspect.”

“And that’s our job, isn’t it ? Finding ways to take down post-humans, even though we’re mere mortals ourselves. I’m only going to say this once, Jackson. We take care of our own.”

The Charisma (Interrogation) is there for people using house rules about Unskilled use of the Charisma Subskills. 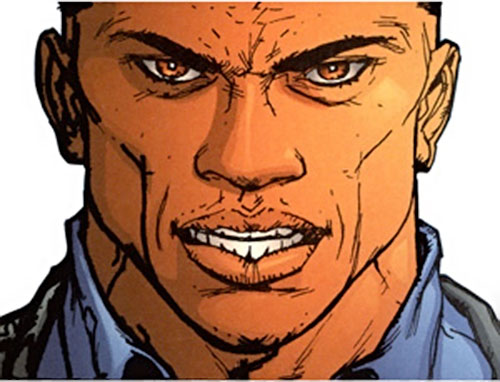 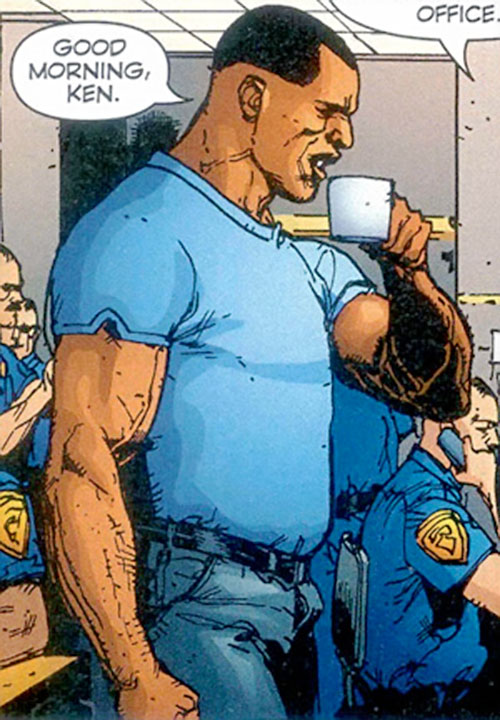 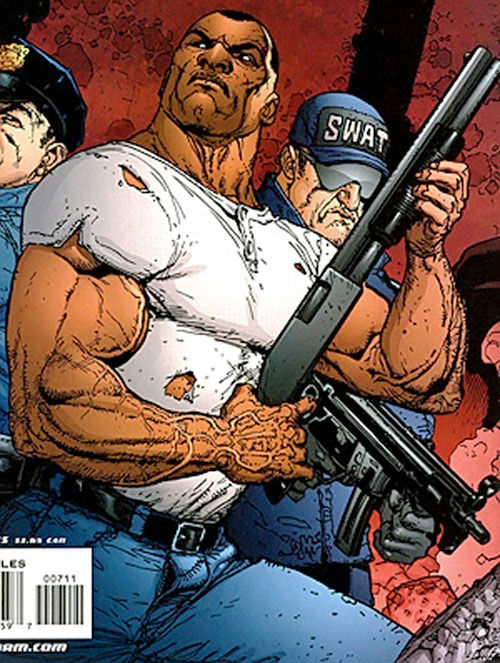 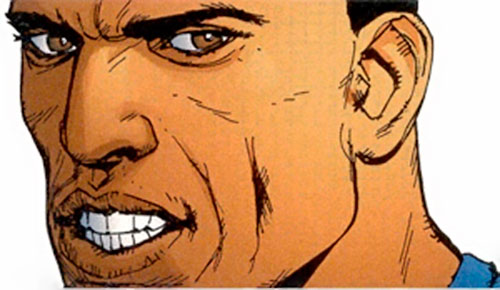 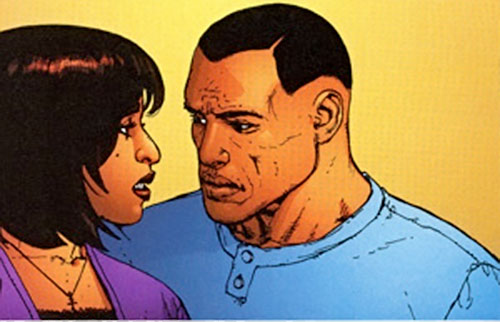