Johnny Quick has the standard DC Universe speedsterA character whose abilities are centered around super-speed. powers.

In addition to moving at superspeed (in DC Heroes RPG terms Running and Superspeed), he :

His powers seem to stem from his Speed Helmet. The Helmet’s origins and functions were never explained.

It may be mystical since the Wizard (W.A. Zard) of Earth-1 used the Speed Helmet, Superwoman’s magic lasso, and Power Ring’s magic ring as energy sources for a spell.

Whether Johnny Quick has a connection to the Speed Force is unrevealed. It was many years before this was introduced in the stories, and this version of Quick had long since been retconnedMaking changes to a character or story after the fact. away by the Crisis back then.

Johnny Quick also seems competent with vehicles. He was the one who took the controls when the CSA stole a JLA space shuttle. 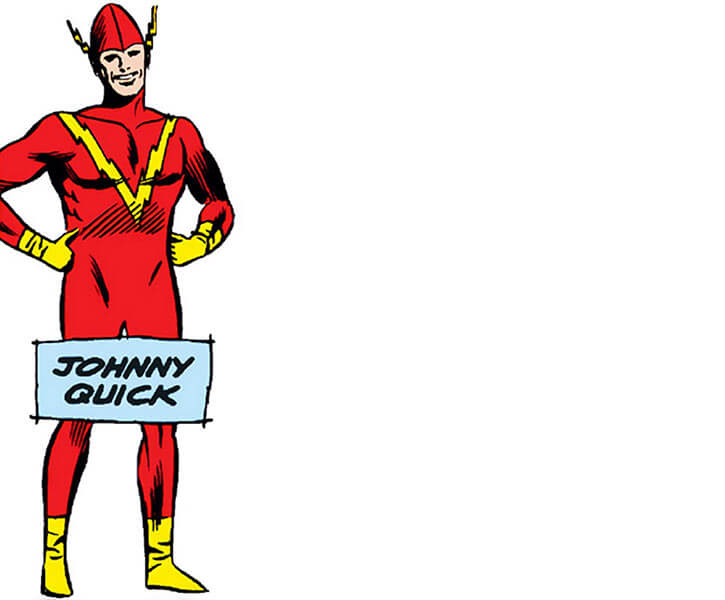 Johnny Quick is a White man of average height and build.

He wears a red bodysuit with cowl, along with yellow boots and gloves.

His chest emblem is two lighting bolts starting at his shoulders and meeting just below his sternum, forming a V shape.

The costume is topped with Quick’s Speed Helmet, a sleek red helm with lightning bolt ornaments sweeping back over each ear.

Quick had a backup helmet that he once used when his primary helmet was stolen. That helmet was yellow with small discs running in a line over the top from one ear to the other. 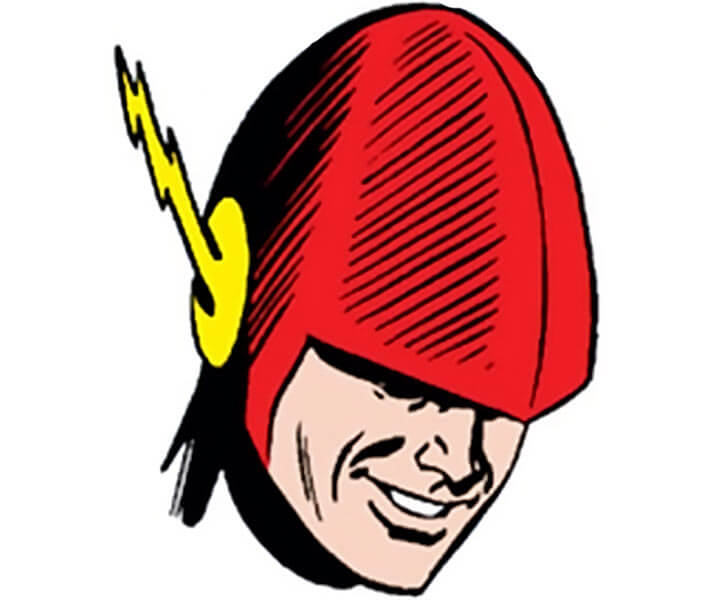 Quick’s favorite activity was to run into places and steal valuables right in front of the hapless security guards’ eyes.

He reveled in his superspeed a little too much. Quick was often defeated by foes simply tripping him up or throwing obstacles in his path.

Johnny prefers to use his Air Control so he can fight at a distance. Through super-speed attacks would be more powerful, he’s reluctant to get close enough that he might be punched. He can’t really be called a coward but he’s… averse to being beaten up.

He’s also something of a bully. Remember what your dad told you about fast men !

“Power Ring, use your green beam ! Get us outta here — and pronto !”

“Get away from those controls, chump ! I’m running this show now…”

“Creepo, you just made the mistake of your life ! You made me mad !” 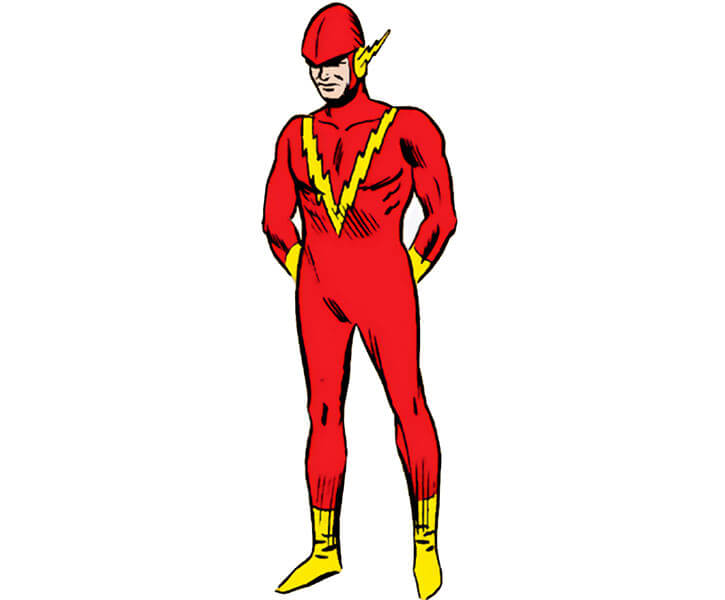 This is in part to keep Roy’s old estimates whilst rewriting the entry many years later. And in part since, as a Silver AgeSuper-hero comics from the late 1950s to the early 1970s. character, Johnny Quick and his ilk work fine with cookie-cutter, highballed stats. These do not interfere with the four-colourSomething goofy from over-the-top early comic books. stories they appear in.

Quick’s so-so Attributes and limited Hero Points limit him in a serious fight. He could deliver high-EV Superspeed attacks, but their AV will likely be too weak. And vice versa.

His Air Control offer him a more balanced, ranged approach.

Two exceptions to his reluctance to close in were :