This obscure character only appeared in the 2007 StormWatch PHD run, set in the waning Wildstorm Universe. But he seemed handy to have and easy to use.

Johnny Too Bad is a semi-classic Jamaican tune about a gangster. It was released the same year as Ram Jam’s cover of Black Betty, so there might be something to naming conventions in StormWatch PHD

Johnny Too Bad has :

He’s also an experienced rude boy  and criminal, conversant with both armed and unarmed violence.

All in all, though, he’s just a C-lister.

Superhuman criminal Johnny Too Bad became a friend of the Machinist in prison. He later came to work for the Ghost, a dreaded super-powered crime lord. 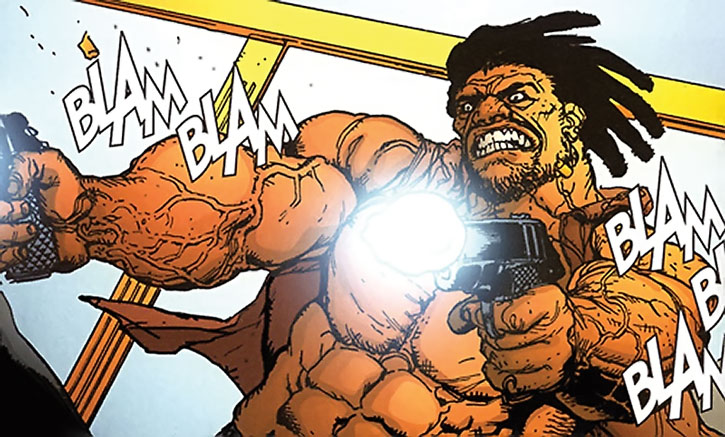 When StormWatch PHD started taking out the Ghost and his allies, Johnny was ambushed in the lavatories of a bar by operatives Paris and Lauren Pennington (formerly Fahrenheit).

Although he drew his guns they closed in on him. The agents executed a combined throw to smash his skull against the washing basin. This tactic worked. Though he had bulletproof skin, this did not help with his brain smashing inside his skull from the impact. Johnny Too Bad was knocked out and arrested.

Big, enthusiastic, friendly rude boy with a thick accent. He seems to be a simple and straightforward guy, fighting without genuine malice and treating crime and prison as just being da bidness, mon.

There isn’t much room in this article, but let’s shoehorn it in.

* Against Descriptors not part of Physical Impact

Whether Limited 1 Protections ought to be counted in Dodge/Toughness and Parry/Toughness is debatable. Here we’ve counted half of it since, well, it happened to fall just right and it represents the character well. 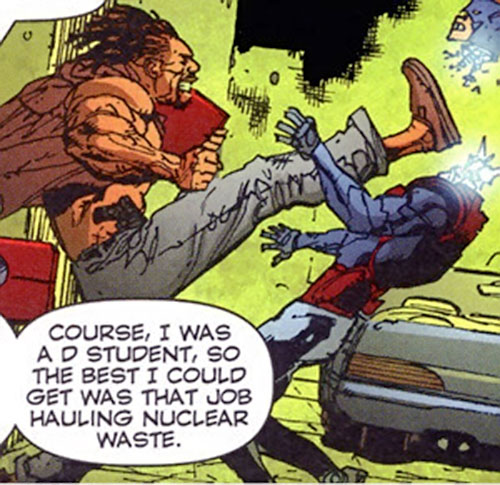 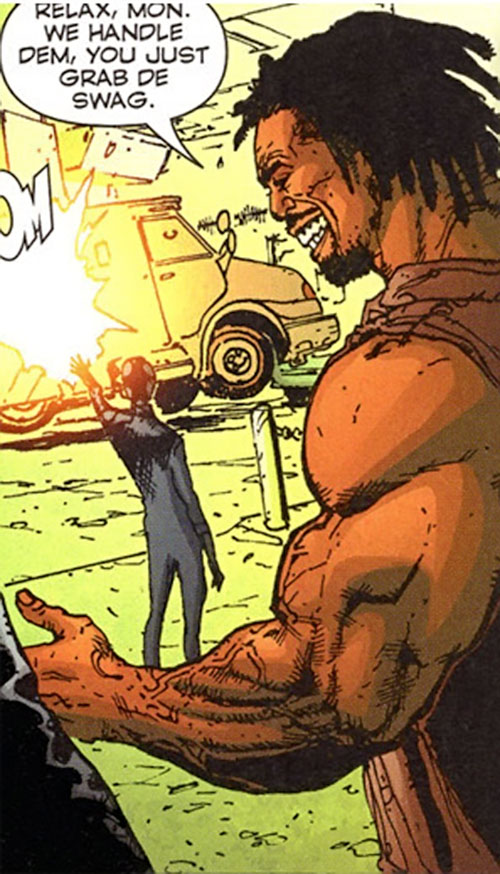