This article is just a capsule profile to update his official stats, and it was done a long time ago. In particular in integrated elements from the Hex horror mini-series of the 2000s, which were then current.

We’ll eventually do something much more encompassing and modern for him but, you know, time.

Hex is one Hell of a tough hombre. He has unmatched reflexes and toughness and a very, very strong will to live.

His no-nonsense smarts and incredible talent with weapons allow him to engage several armed and trained opponents with a good chance of killing everyone without getting shot.

Well, I’ve got about two pages of this, so you’ll only get the short version. Hex was born in 1838, the son of a violent alcoholic and a woman who ran away. Woodson Hex sold his son to an Apache chief for skins.

Jonah soon became the best hunter, tracker, gunfighter and rider among the Mescalara Apache tribe. This brought on him jealousy of the real son of the chief, who sucker-punched him and left him for dead during a raid. Unable to find the tribe, who had moved on, Hex became a buffalo hunter and then scout for the US Army.

I don’t need your civil war

When the Civil War was declared, he became a lieutenant in the 4th Cavalry in the Confederate army.

However, Hex was an abolitionist. After Lincoln signed the Emancipation Act he couldn’t fight anymore. Hex sneaked in the captain’s chamber in Fort Charlotte and surrendered.

However, the captain tricked him into appearing as a traitor toward other Confederates prisoners, as he didn’t want to feed so many mouths. A slaughter orchestrated by Union troops ensued. Hex shot the captain, but the Confederates would always hold him responsible for the Fort Charlotte treason and massacre.

Jonah ultimately found the Mescalara tribe, and confronted the chief’s son. They ritually fought, but Hex’s tomahawk had been sabotaged. Thus, he had to knife his opponent to death. The chief had him branded (hence the scar) and cast out. 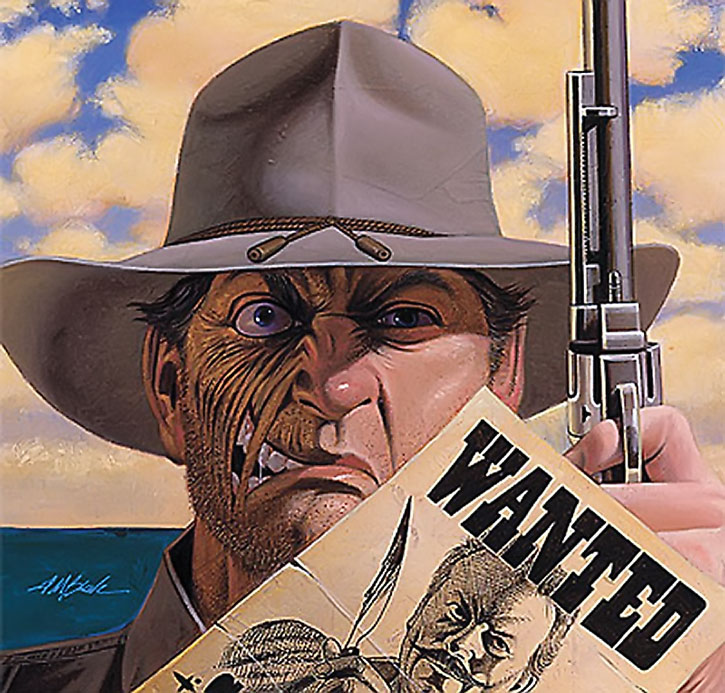 After a long career, he married a woman called Mei Ling? She asked that he stops hunting and killing men. Hex tried to, but violent circumstances and his morals often forced him to use his guns. Thus, she ultimately left him.

The next part of his life may or may not be in continuity. It involved him being chronoported  in Seattle in 2050, after the bomb, by power-mad researcher and warlord Reinhold Borsten. Whether this happened or did not, he died in his home era.

The circumstances of his death are unknown. Some say he was shot by George Barrow, the chief of a gang that had been decimated by Hex. Lew Wheeler, head of a Wild West revue, apparently shot Barrow, stole Hex’s corpse and had treated by a taxidermist to serve as an exhibit.

he body could still be seen in an amusement park in 1972.

Hex wore the remnants of his Confederate uniform for years.

Hex is probably *the* toughest, meanest bastard to have lived in the Old West. He’s a natural born killer gifted with a rare ferocity and iron nerves.

Despite his obvious lack of higher education and his vulgarity, he’s extremely intelligent and quick on the uptake. His sarcastic, black sense of humor is quite unnerving. In Hex parlance “I wasn’t feeling hospitable, so I asked him to leave” means that he shot somebody in the brain at point blank.

While he remorselessly kills his opponent, is not above torture and cruelty toward especially hated enemies and is thoroughly ruthless, Hex is deep down a good man, loyal to a fault to his few friends.

“You bounty hunters listen up ! I come out there and you’re out there, I’ll kill you bastards twice’t apiece !!” 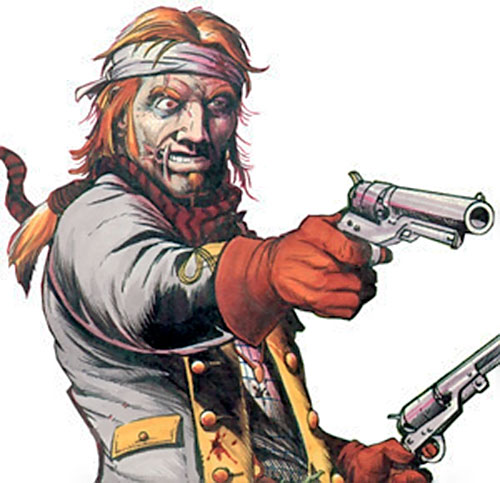 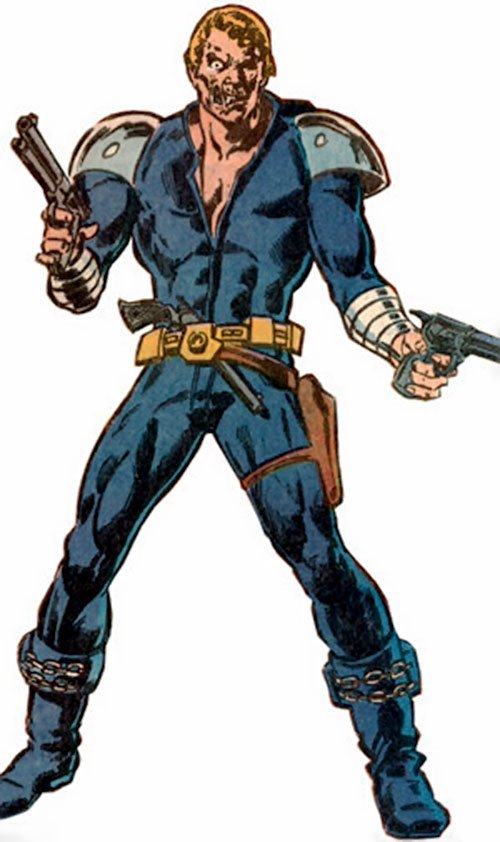 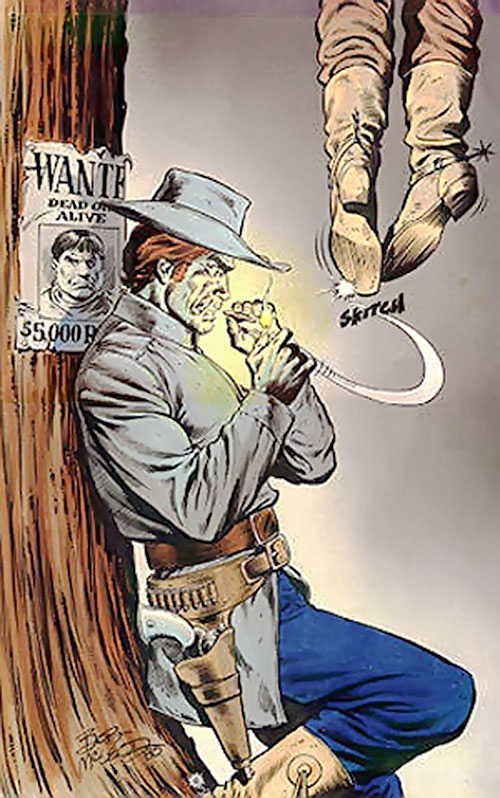