Jones is an elite commando specialized in infiltration, sanctioning, intelligence and other black ops missions. He is a skilled soldier, but the reason he gets paid big bucks is his mastery of silent combat, sentry removal, stealth and security systems hacking. He is also very observant – a key quality when casing a perimeter he’s to sneak into.

His military intelligence work and training make him exceptionally knowledgeable about equipment and protocols of the former Warsaw Pact  and its allies. He can handle Russian weapons, military vehicles and other pieces of kit as well as any Russian soldier, and is familiar with the variants (such as Norinco  assault rifles).

He also understands multiple languages, particularly Eastern European ones, and is fluent in Russian. It is implied that he’s also fluent in Irish.

Jones apparently heals well and quickly, having fully recovered from grievous wounds at least twice. This is good, since he operates in a low-cinematic genre where being shot at is a real problem. 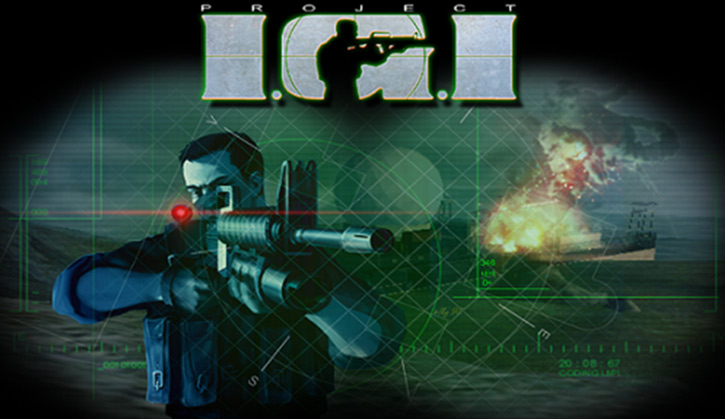 Jones will often pick up weapons from fallen opponents, and has extra space on his webbing for this. Typically this will mean an AK-type assault rifle and/or a SVD Dragunov marksman’s rifle.

For a full-on combat mission Jones will use a Colt XM177 assault carbine, with a M203 grenade launcher.

Eye in the sky

With the resources at IGI’s disposal, Jones can often operate under the gaze of a high-resolution spy satellite monitored by an analyst (usually Major R. Anya). The satellite can easily see moving vehicles, and even individuals (such as a guard patrolling outdoors).

The data is fed in real time to Jones via his uplink. The Briton is also adept with the infiltration tools on his laptop. For instance, after timing a surveillance camera he can add a rough view cone to his real-time map display, approximating the camera’s sweep.

Born in Cardiff in 1965, David Llewellyn Jones was expelled from school at age 15 as a discipline hardcase. Within weeks he had a new career stealing and racing cars. However, one such race resulted in a crash, killing his best friend and seriously injuring Jones. After a lengthy hospital stay and juvenile detention, Jones agreed to enlist with the British Army.

This decision worked out exceptionally well. Learning focus and discipline, Jones served with the Parachute Regiment  before he joined the SAS. He also discovered that he had a talent for languages, which led to military intelligence details. 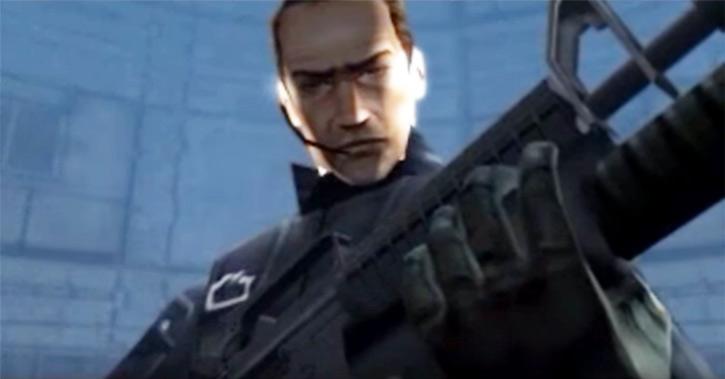 Jones with his Colt XM177

Most of his missions was surveillance of military capabilities in the Eastern Bloc, but he also served as a commando and intelligence operative in Northern Ireland and South-East Asia during the 1990s. During the Gulf War, he was part of several SAS teams operating deep behind enemy lines.

During the mid-1990s, Jones was discharged after a parachuting accident. The military doctors’ assessment was wrong, though – the former SAS man did make a full recovery by the late 1990s. He then turned toward mercenary work.

Meanwhile, in the US, Senator Pat Lenehan (R – unrevealed) created the Institute of Geotactical Intelligence. A Việt Nam war veteran, Lenehan was obsessed by the threat posed by foreign organisations and individuals who had benefited from the Cold War and stood to profit from terrorism and conflict. 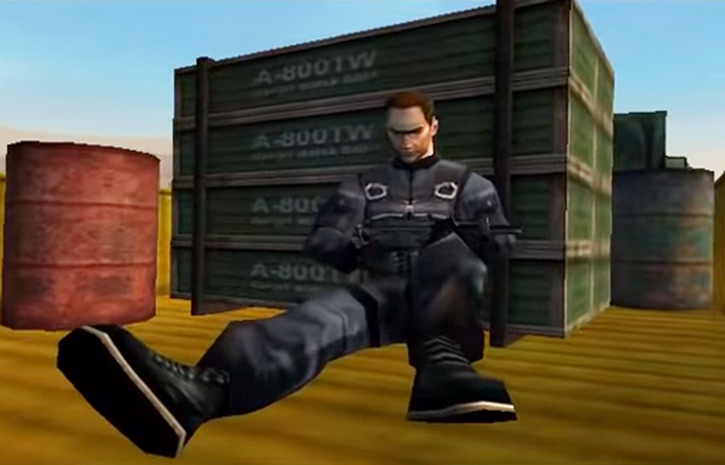 David Jones’ profile was thus of clear interest to them, and they quickly snapped him up. Jones was often contracted to operate in Eastern Europe, from the Baltic states to Russia.

His usual case officer was Major Rebecca Anya, a prominent Pentagon expert in satellite surveillance and battlefield digital intelligence. Anya gradually shifted from being US’s Nuclear Control Department to being an IGI employee (and was presumably an USAF officer during her early career).

In 2000, an American nuclear warhead was stolen in Germany, leaving 6 Marines dead and highly concerned public opinions. A man got in touch with the Nuclear Control Department with very precise information about the theft, being obviously interested in the large reward for information. Major Anya was his handler. 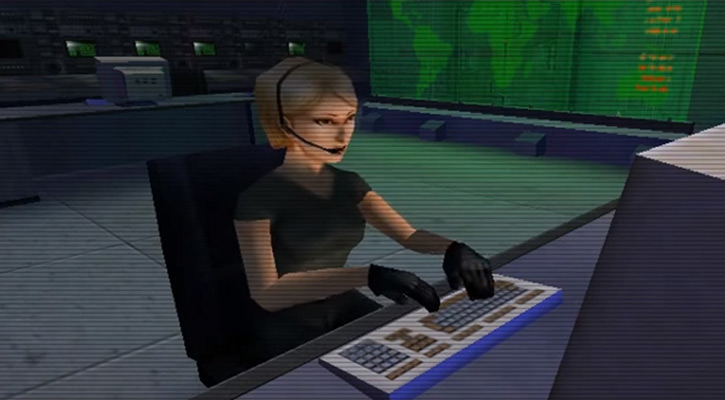 It also seemed credible that Jach Priboi’s men could have stolen the nuke.

Major Anya opted for a two-pronged approach. A US military team would be flown into Estonia, but a faster intervention was needed to grab the captured informant – and that one used IGI assets.

Within hours David Jones and his gear was in an helicopter in Estonia to exfiltrate Josef Priboi while staying in radio contact with Anya.

This short (less than 2 minutes) sequence was the intro when you launched the game. It was pretty cool by the standards of the day.

Jones seems to be a gruff loner and is extremely professional when on a mission.

He’s also a very careful and patient man. He didn’t survive for that long by rushing in, guns blazing. 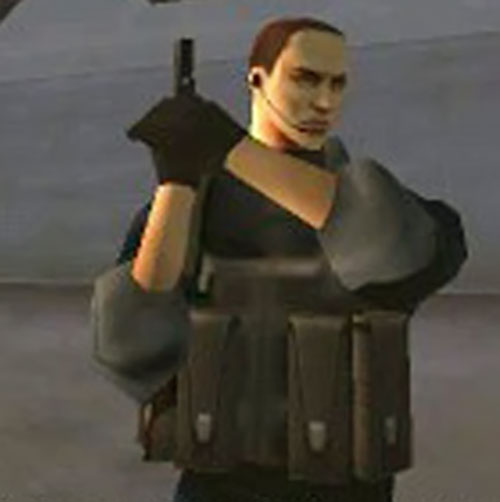 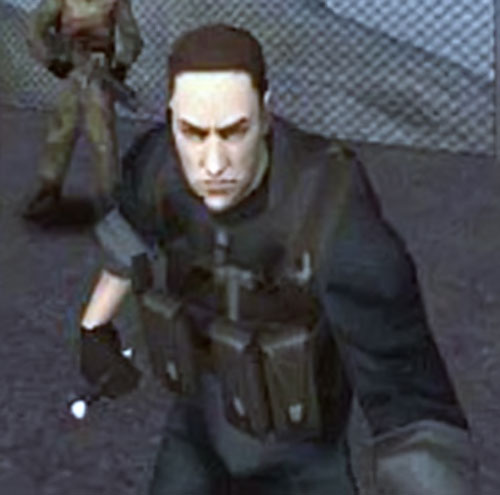 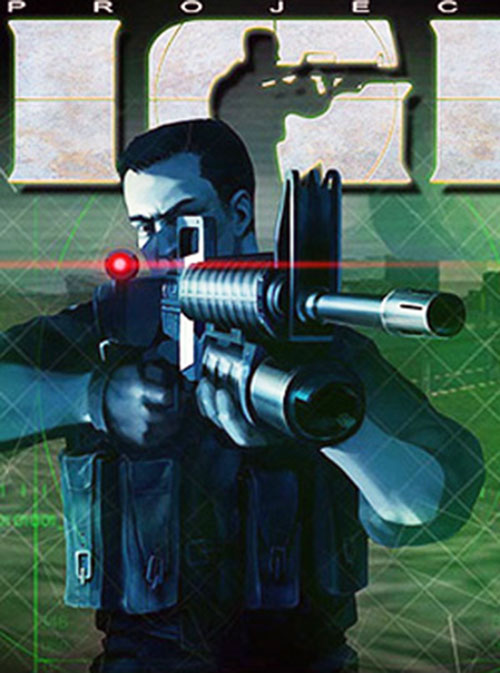 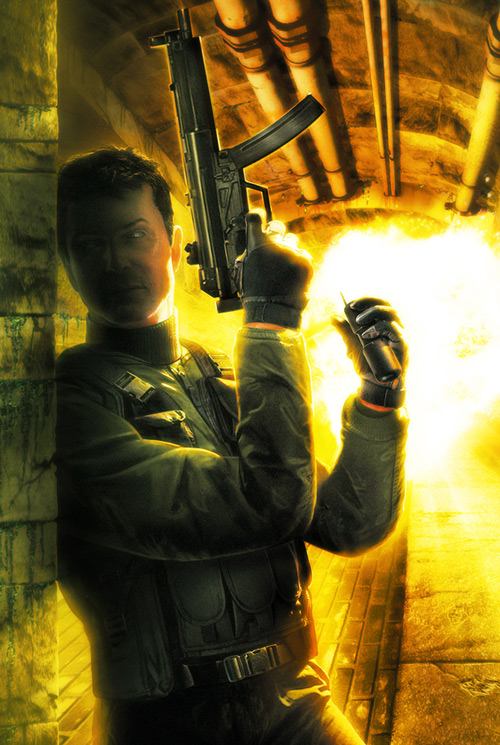