Judge Death is an undead monster from an alien dimension, who inhabits human corpses.

In his most basic form, Death resembles a cloud of greenish fog. In this form, he is impervious to most attacks, and can pass through small gaps (keyholes, etc.), but cannot pass through seamless barriers.

In this form, he can temporarily possess living victims (in DC Heroes terms, Personality Transfer). But he cannot display his other powers until he gains control of a suitably prepared corpse.

When inhabiting a corpse, Death is much more deadly. He kills by thrusting his arm into his victims and disrupting their internal organs (Dispersal attack). He can also kill by simply stabbing with his clawed fingers. In this form, he is unable to use his intangibility except for offence and defence (no walking through walls).

Death has displayed other abilities on occasion (long-distance mental control for example). These should be treated as plot devices to allow Death to escape from confinement.

Judge Death was a sadistic Judge, named Sidney. He served in a similar organisation to MC-1’s Justice Department, upon a parallel Earth. Sidney came to realise that all crimes were committed by the living, and realised that to eliminate crime would require no more than global genocide.

With three like-minded companions (later called Fear, Fire and Mortis), and with the aid of two witches (the Sisters of Death), Sidney set about realising his dream. The Sisters invoked dark forces, and bathed his body in the Dead Fluids, transforming him into an undead creature of destruction.

After bringing the Law to his own world, which is now known as Deadworld, Death sought to extend his mission to Dredd’s Earth. He and his fellows have been thwarted on several occasions by Judge Anderson and Judge Dredd. But Death cannot die, and will never give up.

Death is, quite obviously, a walking corpse. What little flesh remains on his figure is shrunken onto the skeleton, and is greenish in colour. He dresses in a variation on the MC-1 Judge’s uniform, with a black leather-like body-suit and silver-coloured accessories.

All accessories are somewhat grisly: a pteranodon replaces the eagle on one shoulder, while the other shoulder is covered by a pad styled after a rib-cage. Knee and elbow pads are also decorated with bone motifs, while the helmet resembles a portcullis. Death wears no gloves or boots, which emphasises his skeletal appearance.

If his host body is destroyed, Death will assume a gaseous form, with his helmeted skull-like head visible within the vapours.

Death can be played two ways: pure horror and comic horror. In a pure horror genre, he’s a fiend – a purely evil killing machine. In a comic genre, he’s still a fiend, but feel free to emphasise just how stupid his solution to the crime problem is. Judgement on Gotham has some great ideas for using Death in comedy.

“You cannot kill that which doesss not live !”

Well, he’s killed a few Gothamites, but with all the metahumans and ghost-busters in the DCU, he wouldn’t stand much of a chance, to be honest. On the other hand, if Death were accompanied by the other Dark Judges, he might present a real threat. 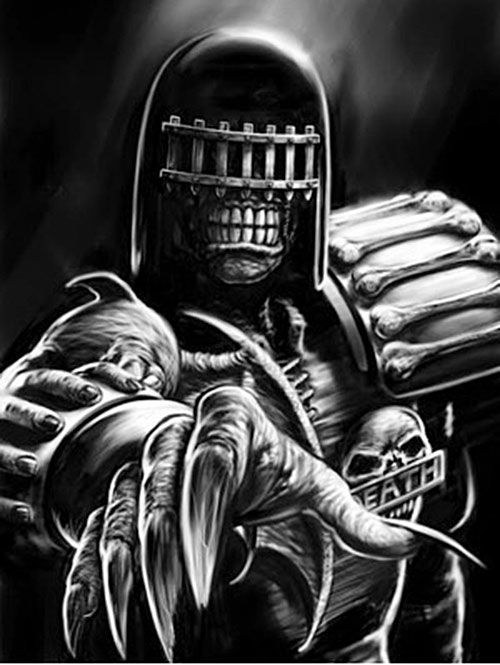 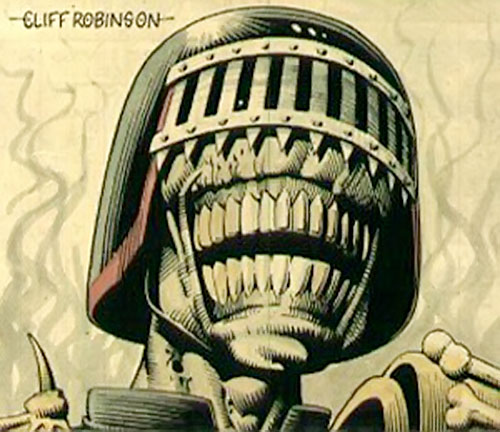 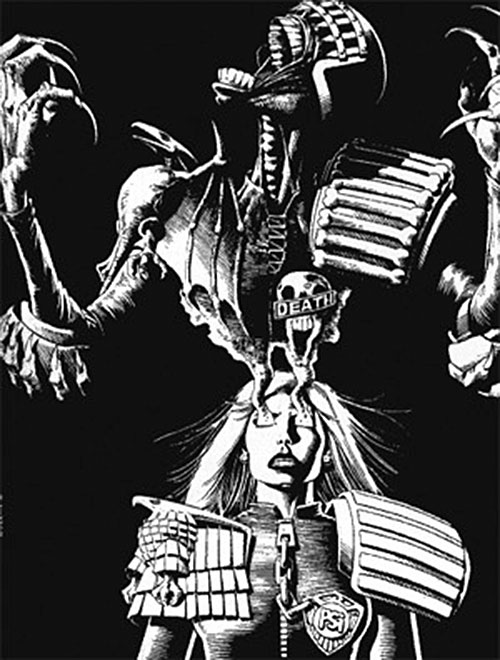 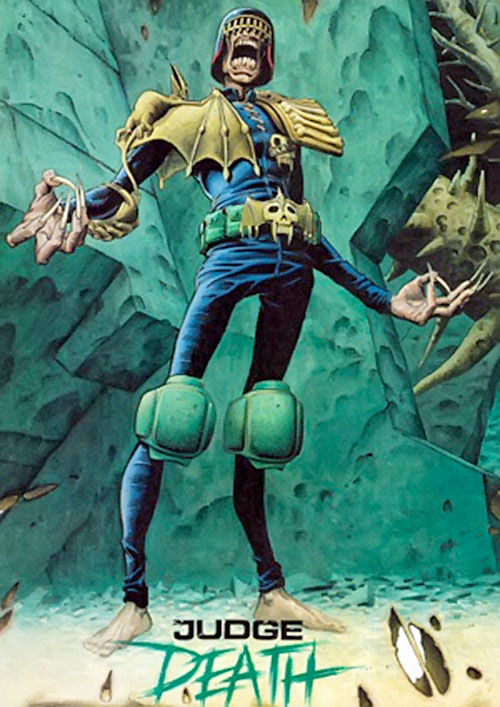 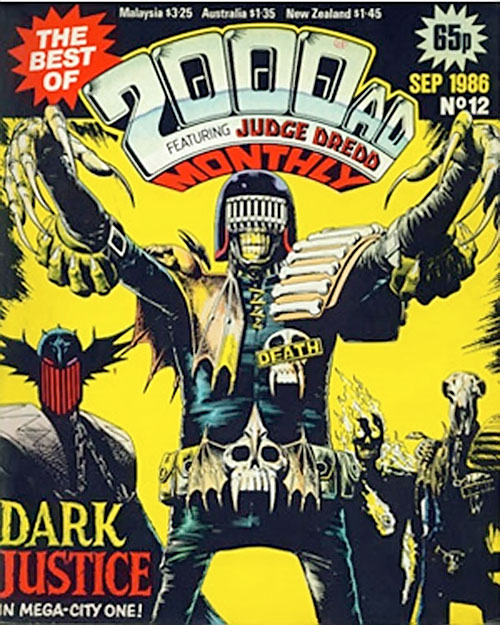 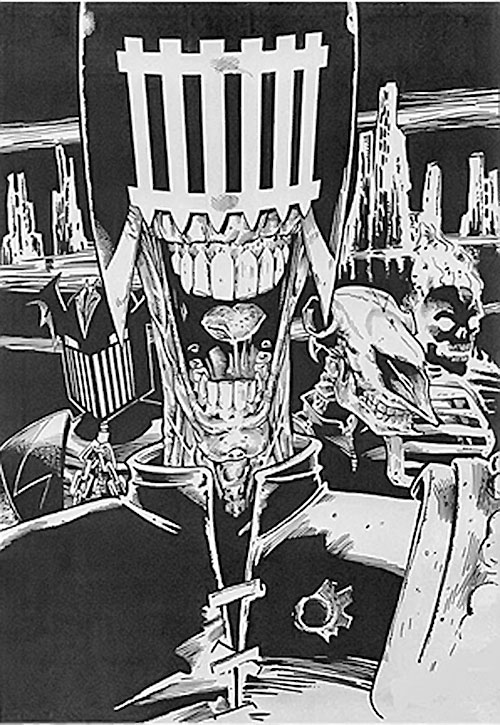 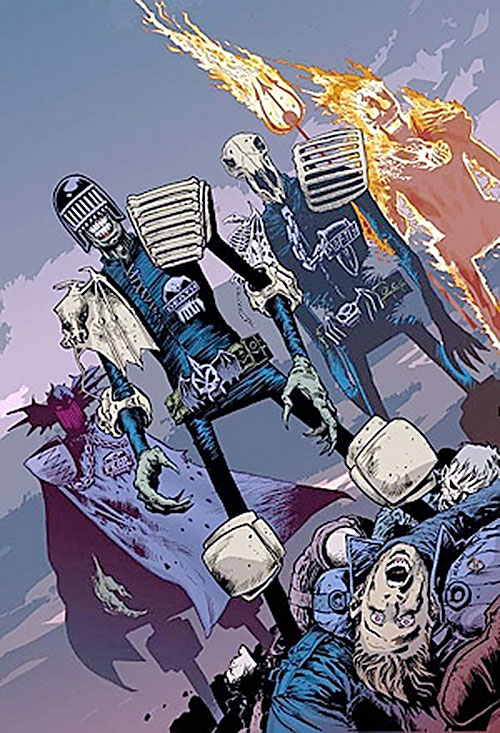