Judge Fire is an undead monster from an alien dimension. He inhabits human corpses.

He is quite possibly the most dangerous of the Dark Judges:

In his most basic form, Fire resembles a cloud of greenish fog. In this form, he is impervious to most attacks, and can pass through small gaps (keyholes, etc.). But hecannot pass through seamless barriers. As a gaseous entity, he can temporarily possess living victims (Personality Transfer).

Fire’s full power is revealed once he cannot inhabit a specially-prepared cadaver. When inhabiting a corpse, Fire is much more deadly. He is ablaze, and can hurl flame. In this form, he is unable to use Dispersal except for defence (no walking through walls).

Fire and his fellow dark Judges have displayed other abilities on occasion (long-distance mental Control for example). These should be treated as plot devices to allow them to escape from confinement.

Judge Fire is a skeletal figure wreathed in flames. He bears a trident, and wears a flaming badge with his name in fiery letters.

If his host body is destroyed, Fire will assume a gaseous form, with his flaming skull visible within the vapours.

Fire is mute, and kills everything he sees.

Unlike his fellow Dark Judges, he makes no threats, and indulges in no posturing. He just roasts everyone around.

Four Dark Judges would make a credible threat for a low to mid-powered DCU team. They have the D-Jump : why not ? 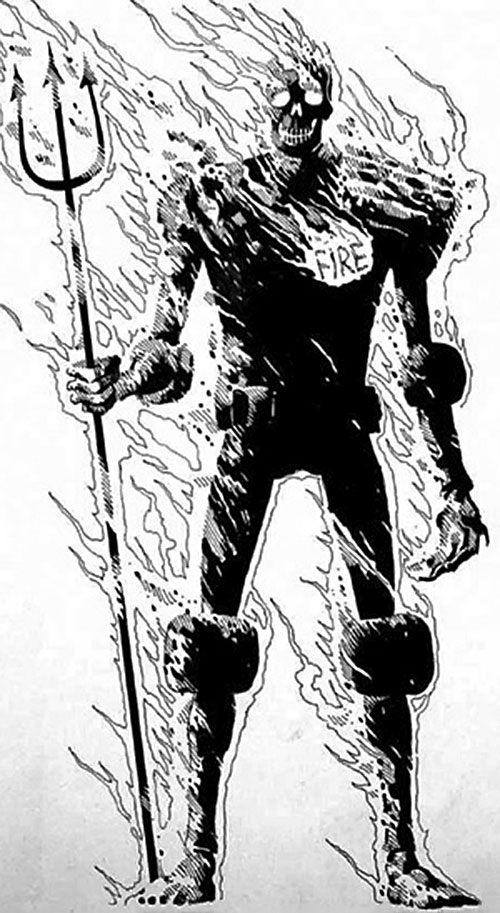 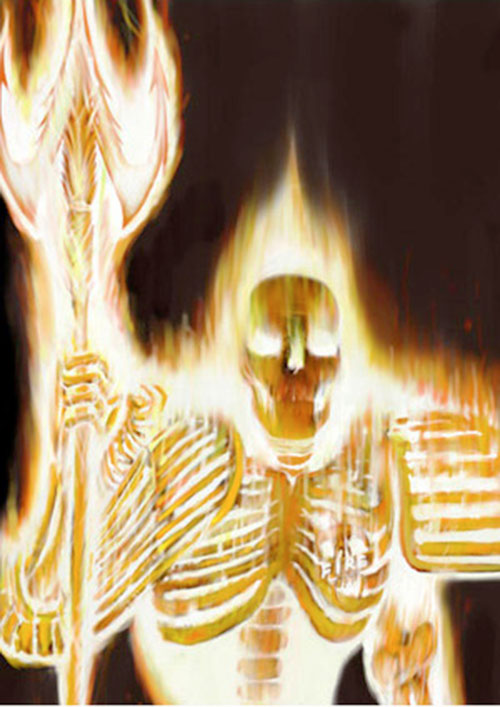 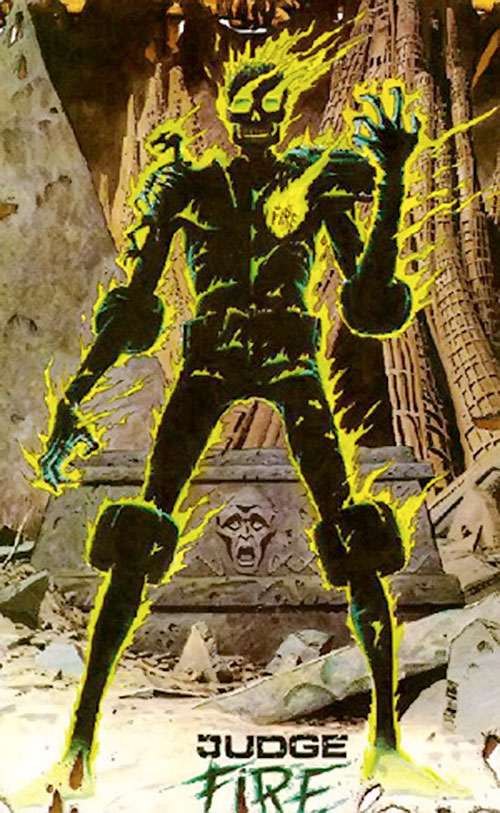 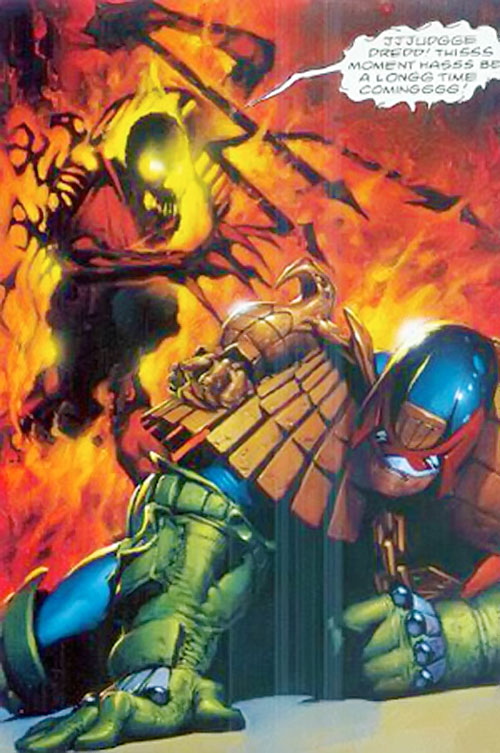