An experienced and intelligent mercenary, Sark is a highly skilled armed and unarmed combatant, with a variety of other skills useful to his profession.

He is also extremely talented at evading capture, or at making deals to allow himself to be freed.

Sark is the son of the Romanov-descended Andrian Lazarey, a Russian official with an interest in Rambaldi lore. Lazarey paid for Julian to be educated in Britain, but cut off all contact with him for fear that his son would be used against him by his enemies. It is unknown where exactly he was located, but voice analysis indicated that he had spent a lot of time in Galway, Ireland.

At a young age Sark becomes a mercenary. He is recruited by the organisation of The Man (actually Irina Derevko), making his debut leading a strike team against the rival intelligence agency, FTL. He personally executes FTl head, Quan Li, in broad daylight, outside the organisation’s front door.

The operation is successful, and FTL is wiped out. This allows The Man to acquire their sizable collection of Rambaldi artifacts.

Sark next fronts a meeting between his organization and K-Directorate, offering to buy a Rambaldi manuscript for $100 million. The leader of K-Directorate, Ilyich Ivankov, already incensed at not being met by The Man, angrily rejects it. Sark kills him. He then makes the same offer to his suddenly-promoted deputy, who agrees to it.

The meeting is then interrupted by the discovery of SD-6 agents Sydney Bristow and Marcus Dixon. They had been observing the meeting. Sark slips away in the ensuing fire fight.

A later encounter with Sydney ends with Sark in SD-6 custody, where he agrees to lead them to Khasinau (whom they believe to be The Man). SD-6’s goal is to recover the manuscript. Sark escapes when a gunfight ensues. After discovering that a radioactive isotope in his blood allows SD-6 to track him, he undergoes a full blood transfusion. That allows him to escape.

Returning to LA, Sark kidnaps Will Tippin, a friend of Sydney, from a CIA safe house. He believes that Tippin knows details of one of their operations. Satisfied that he knows nothing, they offer to trade him for a page from the manuscript. Sark is met in Taipei by Jack Bristow, who exchanges the page for Tippin’s freedom.

When Irina gives herself up to CIA custody, Sark assumes control of her assets and carries out her plans. When Sydney needs an antidote his operation has for the terminally poisoned Michael Vaughn, Sark forces her to perform a mission for him. She secretly abducts Arvin Sloane, the head of SD-6, and delivers him to Sark, presuming that he’ll be executed.

Sark instead forms an alliance with Sloane, and temporarily joins SD-6. The SD-6 members unaware of its true allegiance are told that he was offered a pardon in exchange for his services.

Shortly after his joining SD-6, Sloane goes missing. Sark helps him leak information to Sydney that allows them to bring down SD-6 and the Alliance of Twelve. He avoids capture, and helps Sloane set up an asset to spy on Sydney.

Allison Doren, a mercenary with whom Sark has a relationship, agrees to undergo a surgery that turns her into an exact duplicate of Sydney’s best friend and room mate, Francie Calfo. The process is at this time reversible, until its creator is later killed. Allison then kills the real Francie, and takes her place.

Sark continues to act on Irina’s orders, but is captured by the CIA before their plans come to fruition. He is kept in CIA custody for years. During this time, he hears that Allison and Sydney were both killed in a fire.

Sydney eventually returns, however. Thus, Sark is soon questioned about his connection to the Covenant, of which he’s unaware, when they demand him in a prisoner exchange.

When the NSA interferes with the operation, Sark manages to escape. But he is soon captured by the Covenant. They reveal his father’s identity, and that with Lazarey’s supposed death, Sark inherits $800 million. They force Sark to transfer the money to them, and he is taken on as an operative for the organization.

A distinctive Julian Sark sequence from the fourth season.

The Covenant reveals that they saved Allison’s life, and that she now works for them. Sark and Allison are reunited. Working together they capture Lazarey, whose death was faked by Sydney. Torturing him for information, they gain a lead to where Sydney hid a Rambaldi device.

But when they go to retrieve it, Allison is killed by Will Tippin, who had begun a relationship with Francie just prior to her death. Thus Sydney gets the artefact, although Sark does get away.

Lazarey is rescued by the CIA, but the Covenant has him assassinated by their NSA mole, Lauren Reed, Michael Vaughn’s wife. Sark is often partnered with Reed in Covenant operations, and the pair begins an affair.

Unhappy with their place within the organization, they carry out the assassinations of the leaders of the six Covenant cells. For this they are congratulated by second-in-command of the Covenant, McKenas Cole. He appoints them co-leaders of the North American cell.

They continue to carry out Covenant directives. But when they successfully bomb the CIA operational office where Sydney and Vaughn are based, Sark is captured while Lauren escapes. He’s returned to jail, where he soon learns that Lauren was killed by Vaughn.

Knowing he’s being set up, Sark lead them to an empty European building. There, they find him enjoying a drink. Sark offers them his cooperation in exchange for his freedom, and they take the deal. Sark also demands that Vaughn show him Lauren’s body, to be assured she’s dead.

Sark works with Sydney and Vaughn to track down their prey, but is kept close watch on. When they chase Anna Espinosa, they thus leave Sark handcuffed. But Anna eludes them, frees Sark, and reaches an agreement with him.

Sark finds a buyer for the device Anna had double-crossed the former Covenant agents for. However, Sydney and Vaughn raid it. Sark and Anna end up using the same escape route, but Sark locks a gate on her, leaving her for Sydney to capture. Claiming that he’d fulfilled his end of their bargain, he gets away. Sark then becomes a freelance operative.

Working for Sudanese warlord Musari, Sark, under the alias Bob Brown, covertly acquires information from a scientist. While on the operation, with plenty of spare time, he has a brief fling with fellow hotel guest, Lydia Sand.

After successfully completing the operation, he leaves. But Julian is later surprised to be met by Lydia (actually APO agent Rachel Gibson, who had no idea of his identity when they met previously) and Sydney Bristow.

They hire him, under duress, to help them recover the captive Jack Bristow. Musari had captured Mr. Bristow while acquiring the weapon Sark’s information led him to.

Sark goes to Musari, offering to help him ransom his captives. A CIA team is secreted aboard his transport. Musari suspects Sark’s motives, and leaves him handcuffed to the bomb. Rachel, who is part of the team, defuses the bomb. Sark is allowed to leave, refusing payment since Rachel saved his life.

The three perform a coup on the organization. Peyton assassinates its leadership, while Sark bombs the APO headquarters, and Sloane acquires the location of Rambaldi’s tomb.

Peyton is captured by APO. That allows them to track Sark and Sloane to Rambaldi’s tomb in Mongolia. Sydney, Vaughn and Jack Bristow attack them there. Sloane is apparently killed in the fire fight.

Sark escapes with a Rambaldi artefact, which he takes to Irina in Hong Kong. She orders him to launch nuclear attacks on the undefended Washington DC and London, which he reluctantly initiates.

He’s confronted by Michael Vaughn, while Sydney confronts Irina. After a brief fight, which leaves him shot, Sark offers the disarming codes in exchange for his freedom. Vaughn agrees, and Sark complies, getting away clean.

Sark returned to operating as a freelancer, and is still free several years later.

Cool and professional, Sark has a charming arrogance, and a completely pragmatic approach to his job. He rarely appears shaken by anything. He can be ruthless in his job, murdering without remorse, although he’s uncomfortable about large-scale loss of life. He’s extremely intelligent, and can generally work out when someone is trying to play him.

He remains loyal to his employers as faithfully as he can, even if just for the sake of his reputation. But if captured, he will make whatever deal he has to to ensure his freedom. Most of his employers are aware of this, but consider him good enough to be worth employing regardless.

Sloane [confronting Sark in an interrogation room]: “We both know you’re a very clever young man so we don’t need to play games. You’re valuable to me. You can help me find Khasinau. I’m valuable to you… obviously.”
Sark: “I understand I am in no position to demand anything, but for the record, I’m far more comfortable talking over a glass of Château Pétrus… ‘82.”

“Does it have to be so filthy ? If Rambaldi could prophesize the future, he could have warned me not to wear $500 shoes.”

Lauren: “I’ll see you in Vancouver. Don’t be late or call me sweetheart.”
Sark: “Ambitious and domineering. Fantastic.”

Rachel: “So, what happened ?”
Sark: “I overestimated my friendship with Masari. He assumed I was betraying him, and he took the money, and he left.”
Rachel: “Oh. So then, he knows you pretty well.” 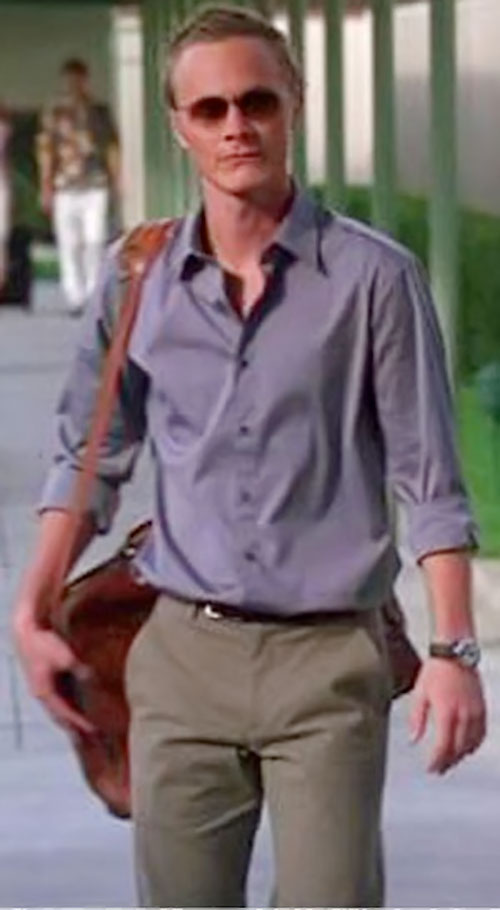 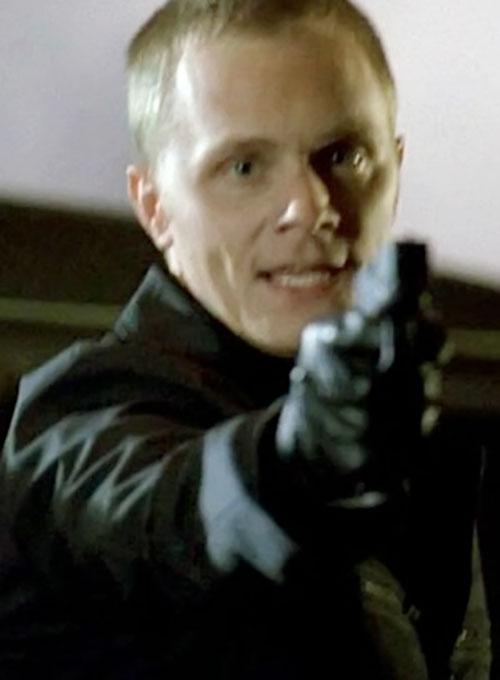 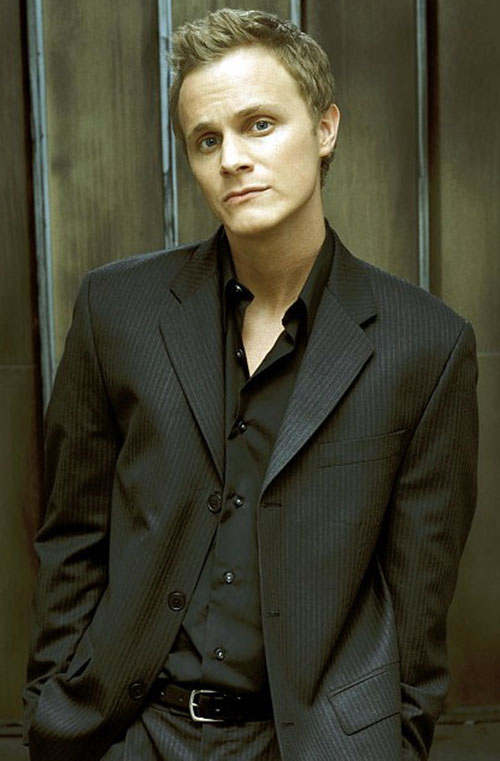