Though Julie has trained in karate at a young age by her father, she was still a fledgling student. But by the time Mr. Miyagi entered her life she was already in good physical shape, with excellent physical flexibility.

Miyagi gave her confidence in her training, and taught her to focus. He continued to amaze her with the heights and depths of feats that may be achieved through karate.

Julie’s fighting style uses all of the techniques from sweeps to throws. She tries to use her opponent’s strength against him. She also uses an unusual amount of high kicks.

She loves animals, and they instinctively trust her.

In Boston, Miyagi attended a World War II service honoring the 442nd Regimental Combat Team . A citation was given by the President. Miyagi sat next to Mrs. Louisa Pierce whose husband had also been honored in the service. Mrs. Pierce’s husband held a special place in Miyagi’s heart. He’d saved Miyagi’s life in the war and in return Miyagi tried to teach him karate.

Later, at Mrs. Pierce’s home Miyagi met a troubled and angry teenager, Julie. Miyagi invited Louisa to stay at his home in California. In the meanwhile he would take care of things in Boston – including her granddaughter. Julie was less than thrilled.

At school, a group of football player/hall monitors called the Alpha-Elite ran the school. They used their position and size to terrorize the other students. ”Colonel” Dugan was the power behind the Alpha-Elite, running them as if they were a military unit. Julie became the target of their leader, Ned.

Julie had a secret. She was caring for a hawk that had been shot in the wing. Eric McGowen, a boy from her school, learned her secret by following her up a ladder to the roof. Julie began spending time with McGowen, and he promised not to reveal her secret about the hawk.

As chance would have it, a car nearly hit Julie. She reacted by going into a perfect tiger-position as if a bull was charging. Julie’s father had taught her karate every night after school. And he had learned karate from Miyagi.

Miyagi began teaching Julie karate. In exchange she would complete her homework. She took a baby-sitting job to make shopping money. Julie ran into trouble with the Alpha-Elite and ended up going to jail. Julie was then expelled from school for two weeks. 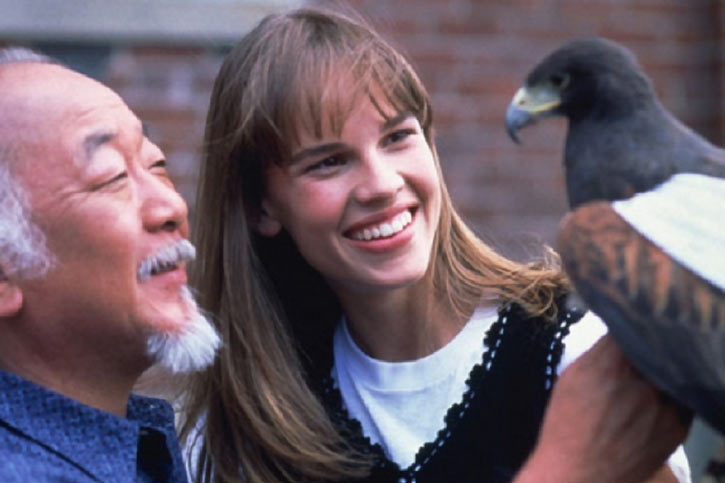 Miyagi took the opportunity to move Julie to a monastery where they could train in karate in peace. However, Julie disrespected the monk’s rules, calling them stupid. The monks ignored her but she made amends by proving her respect of all life within the monastery.

Her birthday came and the monks gave her one wish and one gift. She wished the monks would visit her in Boston. The gift was a demonstration of Zen archery. Miyagi demonstrated catching an arrow in flight.

When Julie returned to school she and McGowen began a full relationship. McGowen fed and cared for the hawk while Julie was away. Miyagi touched the bird’s broken wing healing it; then the hawk flew away. Miyagi taught Julie the waltz so she would be prepared to dance at prom.

The monks made good on their promise and came to visit. While Julie went to prom with Eric, Miyagi took the monks bowling. Julie and Eric had a short confrontation with the Alpha-Elite, who couldn’t let it go. Ned challenged McGowen to come to the docks and fight. McGowen went, intent on finishing it.

Eric fought five on one and was beaten down. Julie arrived and challenged Ned, defeating him in single combat. Colonel Dugan couldn’t accept defeat, he ordered the other boys to fight Julie but they one by one refused him.

Miyagi challenged Colonel Dugan to fight him instead. After he was trounced by the much smaller Miyagi, Colonel Dugan lost the respect of all of his Alpha-Elite.

Julie is a fit teenage girl. She wears jeans and sneakers with sweaters, or layered shirts. Her hair is straight, extending to about the middle of her back.

Julie’s parents died in a car accident, making her resent her grandmother who she had to live with. Julie put up a wall and she wouldn’t let her grandmother in. She responded to almost everything from her with a look of disgust and anger. 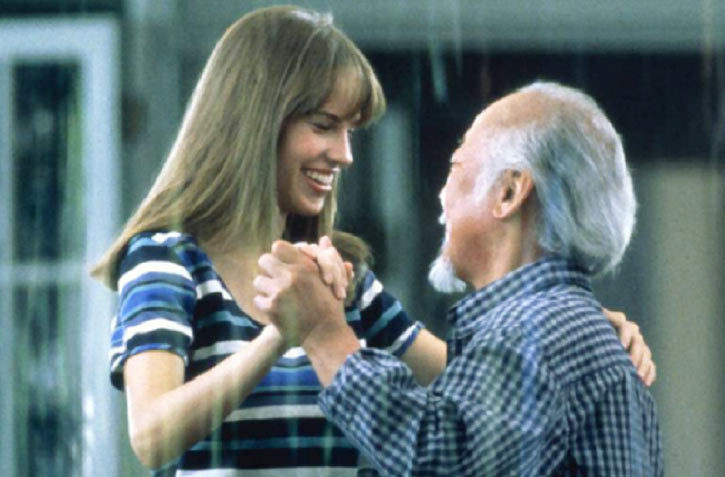 At school she became a loner skipping classes or hiding out so she could be to herself. However, this put her at odds with the militant hall monitors the Alpha-Elite. Especially since Ned their leader was romantically interested in her. He noticed her absence, but she certainly did not respond to his uncouth advances.

Julie was still kind to an injured hawk, nursing it back to health. And she had made friends with Eric McGowen, who was attracted toward her regardless of how angry she was.

Mr. Miyagi proved capable of getting Julie out of her shell. He taught her to see things in a different light. He brought her back to her father’s teachings of karate. With his guidance, Julie began to enjoy herself again.

When she was expelled from school, Miyagi took this opportunity for her to train with some monks. They taught her to respect all life. The monks taught her the practicality of discipline.

Julie Pierce: “When do I learn how to break boards and stuff like that ?”
Miyagi: “Why break boards ? What boards do to you ? That kind stuff not teach you how to conquer anger, Julie-san. Understand ?”

Miyagi: “Julie-san, fighting not good. But if must fight… win.”

“If I’m ever going to respect myself I have to do this.” (Fights Ned)

Julie’s father might have been a student at the dojo that Richard Dragon and Ben Turner used to run during the 1970s. This means that Julie would have received even better childhood training, allowing Mr. Miyagi to make her a low-cinematic  fighter.

Julie, like Daniel LaRusso before her, may only use the Unpredictable Style Schtick after she’s trained at a new technique such as the Crane Technique. For a single Phase, Julie can impose a -1CS Penalty to a melee opponent’s AV or OV. It may only be used once per adventure, so choose wisely!

Teen vs Teen. No teen karate fighter will have a Martial Artist skill over 04 APs. This could be applied as a genre rule.

Adult vs Teen. Either simply put a restriction on the teen fighters that they can’t use HPs against adults, or assign the Eclipsed drawback for each teen fighter when fighting against an adult. Or even both, it’s that clear a difference in their fighting levels.

The Kobra Kai’s or Alpha-Elite would all have 02 to 03 APs of Martial Artist, while the best teen fighters like Johnny Lawrence and Mike Barnes would have 04 APs.

John Kreese, Sato, Mr. Silver, and Colonel Dugan are all in the 5-6 Range representing some of the best Karate fighters in the setting.

Source of Character: The 1994 movie The Next Karate Kid; Character played by Hilary Swank. 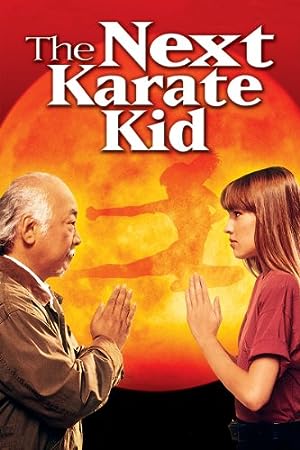 The next Karate Kid (DVD or streaming) 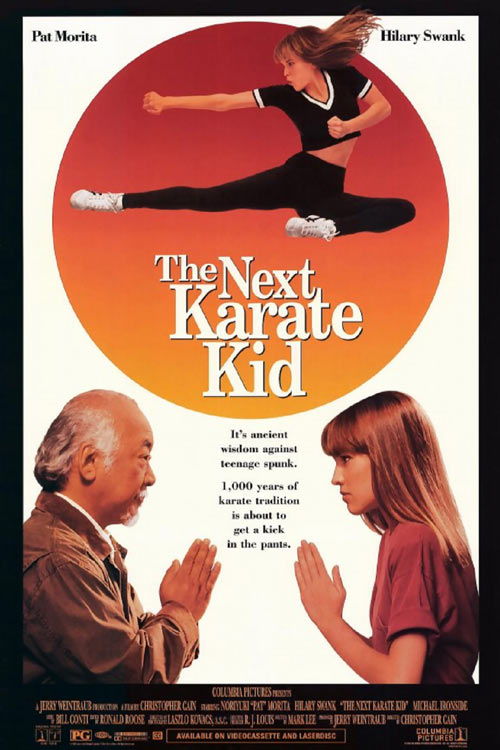 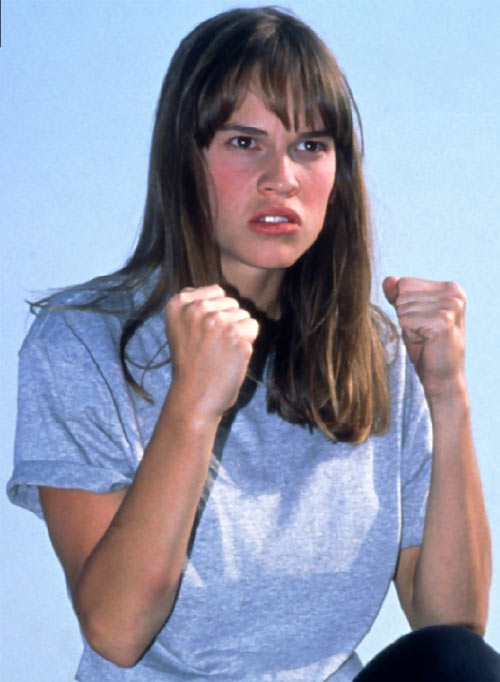 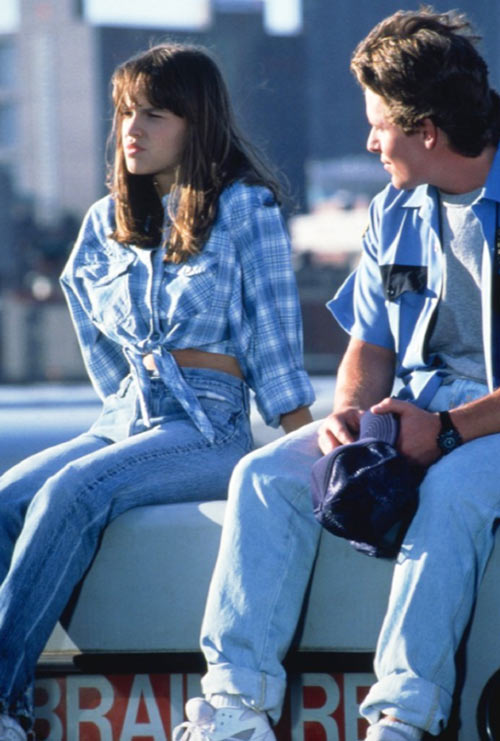 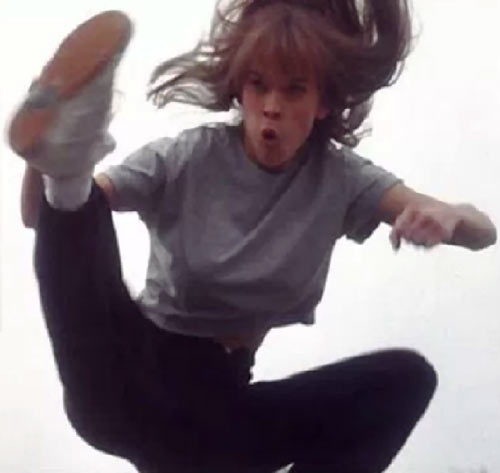 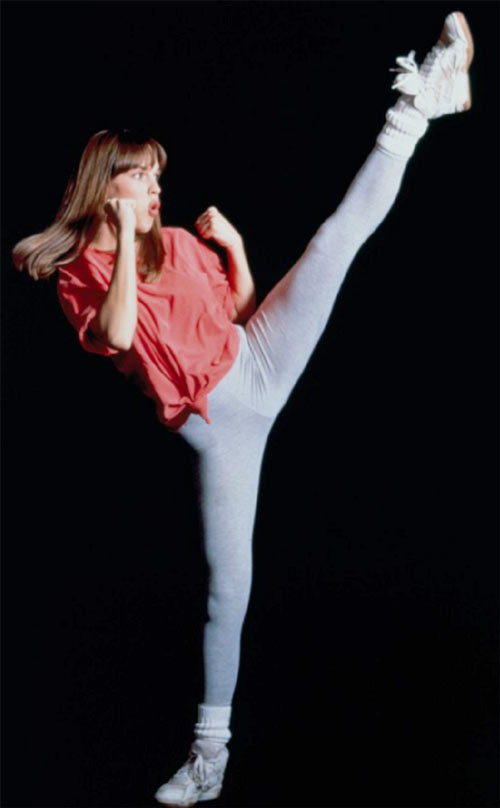