These grotesque, ghastly creatures were seen in 1996, in Morrison and Millar’s Aztek DC Universe series.

Although they look like heaps of discarded industrial parts animated by a stop-motion artist on a budget, the junk cyborgs move with extraordinary speed and power.

While it is easy to underestimate them they could match Aztek himself in terms of speed. They could consistently hit him if they focused on alacrity.

They pack arrays of guns on their shoulders, and may very well have more sensors than indicated in the Powers listing.

This unnamed father and daughter were a devout Christian family kidnapped and tortured by the Lizard King. He drained them of various liquids and tissues in order to built them into cumbersome, ragged cyborgs to test the combat prowess of Aztek.

They were both destroyed by Aztek, who assumed they were robots and only discovered the truth too late.

By examining the wreckage, he determined that his opponents had been built using Q-Society secret technology.

Both were devout Christians who stuck to the straight and narrow. They never sinned, and did not even allow themselves curse words.

After the Lizard King tortured and altered them to become his cannon fodder, they started becoming unhinged and to psychologically unravel. They presumably would not have lasted long.

“No way. We’re still Christians, no matter what. We never curse, right ?”

Bonuses and Limitations:
Growth is Always On and Already Taken Into Account.

Though it’s not easy to tell, the junk cyborg “piloted” by the daughter did not seem to take an active part in the combat.

I’ve assumed in this writeup that she held back as she was using Leadership on her father’s hand-to-hand AV, and that without HPs left she was quickly defeated by Aztek. It is possible that the daughter cyborg had one fewer AP in every Physical Attribute, INT and Power. 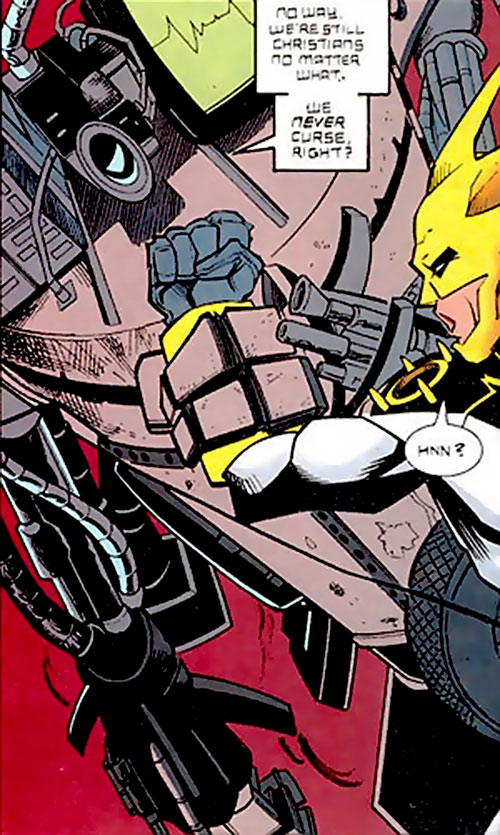 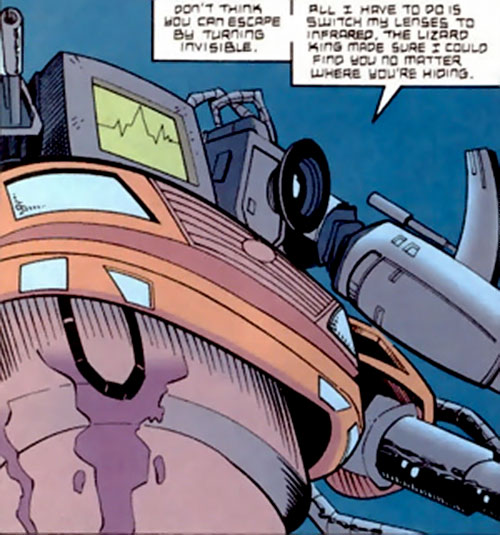