Junko Aoki was born with the power to start fires with her sheer willpower. Originally this power was difficult to control, but after years of practice Junko has become extremely accurate as well as deadly with her powers.

She also appears to have some sort of defense mechanism against being mind controlled.

Other than that her greatest asset is her determination. Junko is relentless in her pursuit of criminals. She won’t hesitate to brutally interrogate other criminals to gain information.

Such powers come with a heavy price though. Having these powers has destroyed any chance of her living a normal life. Her powers are what is driving her in her bloody crusade for justice.

Junko was born with pyrokinetic powers that manifested at a very early age. Even though her parents where without powers they understood that her mother’s side of the family sometimes produced children with superpowers. Her parents sacrificed everything for her well being and tried their very best to help her come to terms with her powers.

It was a long and difficult road for her. There were many incidents of her losing control of her powers and accidentally setting things on fire.

The worst incident occurred when she was 12. She was in a public park in the evening one night when a she encountered a boy who had been bullying her. While under great emotional duress she was unable to contain her powers. Aoki-chan wound up roasting him alive in front of his older brother.

Every time a suspicious fire broke out around Junko her parents moved to another location to keep from arousing suspicion. Thus they were never able to live normal lives. As Junko grew so did her powers. Her parents put her through rigorous training and eventually she grew to control her powers only needing to occasionally vent them once in a while.

Her parents eventually died from health complications as Junko was nearing adulthood. With her parents gone she tried to live a normal life and got a job working in the office of a publishing company. But years of isolation and loneliness made it difficult for her to relate to others and she had few friends.

It wasn’t until one of her co-workers family members was brutally murdered that she began to see her purpose in life.

A burning need for vengeance

Kazuki Tada’s younger sister had been kidnapped and brutally murdered by a gang of teenagers. The police were suspicious, but were unable to get any real proof that the gang had been behind it. The case became controversial and gained national media attention.

The gang spoke out to various human rights groups about how they had been wrongly accused. The police could not pursue the case any further as they did not have enough hard evidence against the teens and because of the juvenile laws protecting them and the media on their side. The matter was quietly dropped.

Junko and Kazuki went after the gang on their own. Junko succeeded in killing several of them with her powers, but Kazuki became convinced at the last minute that they had no right to take other lives. She drove away as fast as he could, enabling many of the gang members to escape.

Junko was furious that Kazuki had chickened out and pursued matters on her own. However after several of their number had been slain the remaining members quietly disappeared. It wasn’t until a full two years later that a chance encounter with several members gave Junko enough leads to pursue the remaining members.

Junko is a beautiful Japanese woman that stands out in a crowd. Despite her natural beauty she rarely wears make up or dresses up. She almost always wears cheap casual jeans, T-shirts, and sneakers and the like.

The most striking thing that people notice about her is how infinitely sad and lonely she looks. Her tragic life seem projected into her appearance.

Junko has begrudgingly come to the conclusion that because she is driven by her powers to punish the guilty that she can never have any chance at happiness or living a normal life. Quite often she seems fanatically determined to carry out her mission of killing criminals.

This bothers her on many levels and she often worries about who is in control of her actions her or the power.

At heart she is a normal girl who craves love and affection and wants to be happy just like every other normal girl without powers.

Junko Aoki
(To the criminal whose back she’s just broken.)
Junko: “You work in a factory, am I right? And I bet you’re good at your work.”
Tsutsui: “Come on, sister…”
Junko: “Do you make guns ? Do you make them and sell them on the side ?”
Tsutsui: “I don’t know anything !”
Junko: “It’s just like I told you. Tell me what you know, and I won’t kill you. Don’t try to hide anything. You make guns on the black market, and you’ve been selling them to Asaba and his gang. Right ?”
Tsutsui: “If anyone finds out I’m dead.”
Junko: “Who’s going to kill you ? Asaba ?”
Tsutsui: “Not Asaba he’s just a second rate punk. All I wanted was some extra money.”
Junko: “Now I get it. You work for an underground gun maker. And what the others don’t know is that you’ve been selling them on the sly. Is that right ? I see.”
Tsutsui: “I told you everything, right ? I talked. I told you what you wanted to know.”
Junko: “Yes, you did. Thank you. Now I’ll tell you a secret.”
Tsutsui: “Call an ambulance — please ! I won’t tell anyone about you.”
Junko: “A gun sold – last night it was used to kill someone.”
Tsutsui: “Listen sister !”
Junko: “I was there and I was shot with that gun, too! I said I wouldn’t kill you if you were honest with me. I lied.” (Instantly snaps his neck.)

Junko: “How did it feel to stick an ice pick into that girl’s eyes ?”
Hitoshi: “What are you talking about ?”
Junko: “You know exactly what I’m talking about. It’s what you did. It’s too late to say that you didn’t do anything. I’ve heard all about it from your friends.” (Sets his face on fire.)

She would work best if she were inserted into a lower powered street level campaign. There are several adventures could work as plot hooks for players.

Drawbacks:
Dark Secret (vigilante wanted by the police), CIA (seeking justice), Mistrust, SPI (driven to the point of obsession by her powers), Secret Identity, Secret Identity, Misc. Junko doesn’t speak English, but since she lives and operates in Tōkyō this isn’t much of a problem.

Source of Character: Crossfire, a novel by Miyuki Miyabe. 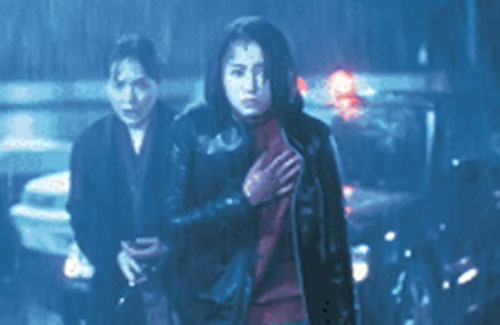 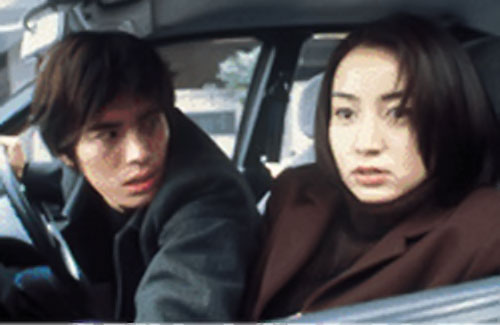 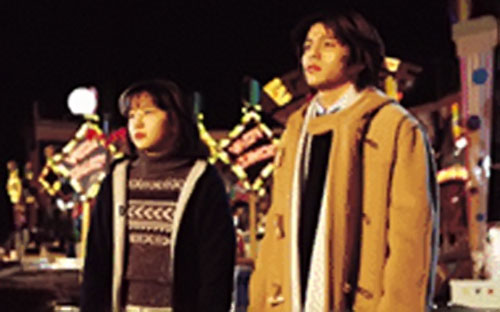