These are vintage (late 1990s, I *think*) DC Heroes RPG notes about the technical aspects of joining the Justice League International.

It’s primarily of interest for campaigns where the heroes are associating with an old-school version of the League. or as inspiration for roughly similar setups.

So… to Join JLI, and not even MENTION building a Headquarters, a character with minimum JLI status would pay a Hero Points total of 50 HP for the two connections.

Does this seem a little excessive ? It’s obvious that the characters would spread the point cost of the transporter and the base between the group, and would probably pick up the ID Card, but who would want a Signal Device, Salary or Security System? What would the cost be for the Salary and Security System?

What I have done is instead of giving them the standard awards at the end of an adventure, I gave all my players one standard award, for hero point purposes, and automatic membership in the JL.

A possibility would be that if you are going to have your current group (probably unaffiliated) join the JLI, your best bet is to give them all of the above as an award for completing the adventure that gained them the qualification of a Justice League Branch.

They could meet with Maxwell Lord or J’Onn J’Onzz the Martian Manhunter. Then they could get an established HQ, a new HQ (mine is in California) or whatever. The JLI is a great way to literally throw adventures at the players. Also note that the UN connection does not have to be given out, but should be given to at least one member of the team.

In current continuity, it is yet unsure what the new JLA is all about.

The 1988 Who’s Who in the DC Universe had floor plans for the JLI embassy in Metropolis.

Notably, these were done by Eliot Brown – who did a lot of technical drawing and floorplans for the *Marvel* sourcebooks.

Joshua Marquart with help by the JL Sourcebook and Kansas Jim Ogle. 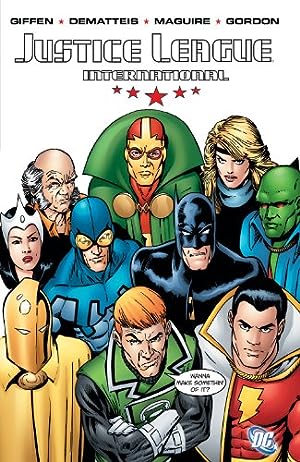