A cub reporter who started at the Daily Planet in 1982.

This character didn’t return after the Crisis on Infinite Earths.

Justin is a highly observant reporter. However, he’s just starting out professionally and learning to write to retain readers’ attention while packing in as much information as he can.

He hasn’t demonstrated the combat skills of Lois & Jimmy, but his cavalier attitude suggests some experience with fighting. 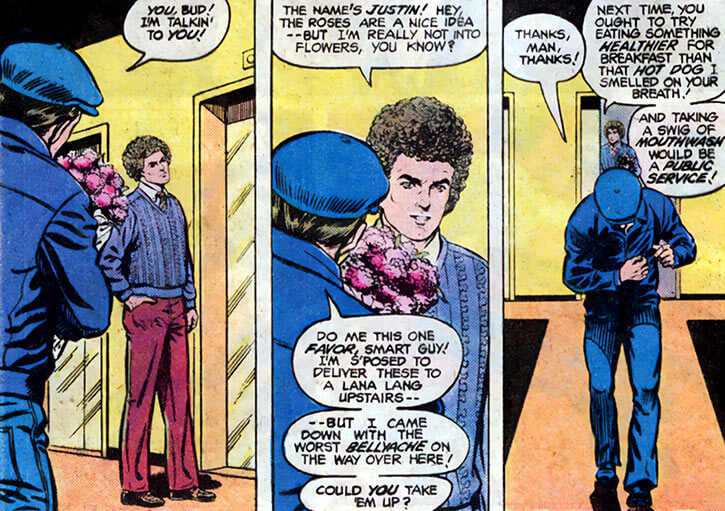 Justin Moore began working for the Daily Planet as a cub reporter shortly before the destruction of Planet Lexor.

His flippant attitude toward most people did not carry into his job, which he did conscientiously.

He also tried to pursue Lois Lane romantically, after she and Superman had broken off their relationship.

At one point, he saw a man whom he thought was Superman, bereft of memory and most of his powers, fleeing from apparent marauders. Moore took him to the Superman Museum to hide out, and possibly jog his memory.

The real Superman then arrived. He explained that his double was a mental patient named Jylla from the 40th century, who thought he was the reincarnation of Superman.

On a later occasion, when Superman had Kryptonian Sleeping Sickness, Justin had to replace a damaged otic receiver that was helping him battle a criminal with a stolen space vessel.

Justin was just beginning to become a fixture on the Daily Planet staff when the Crisis on Infinite Earths struck. Justin was erased from universal history along with the rest of Earth-One’s Metropolis. 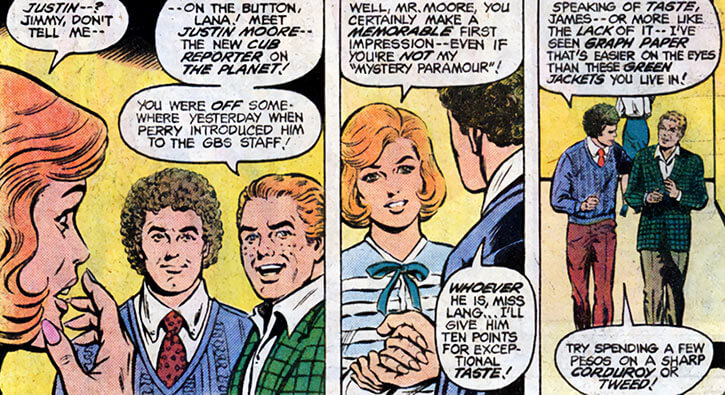 Justin Moore is a man of moderate build, much like Jimmy Olsen.

At first he favored sweaters and slacks before starting to wear burgundy blazers and ties.

His hair is usually in an afro.

Justin Moore is a hipster reporter, just starting to work his way through the ranks of the Daily Planet staff.

He never did get into as many dangerous situations as Lois, Jimmy or Clark did earlier in their careers, so he wasn’t as enamored with Superman.

Justin also seems more apt to use caution in his quest for stories, rather than even subconsciously rely on Superman to save him.

“Next time, you ought to try something healthier to eat for breakfast then that hot dog I smelled on your breath.”

“Me, I don’t see why so many people here in Metropolis make such a big to-do over Superman.” 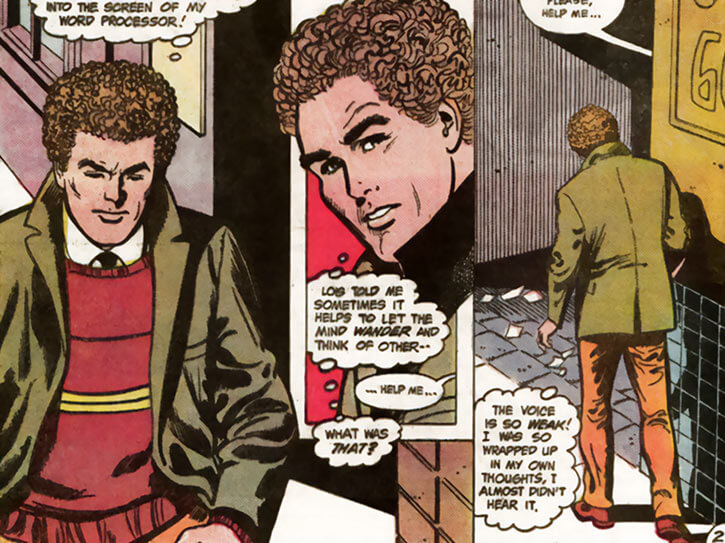