K’ supposedly fight without form, as “pure violence”. But many of his techniques are reminiscent of Jeet Kune Do. He even uses some of his famous moves, such as the One Inch Punch and flying kicks.

See the biography on the SNK wikia .

K’ is a tall skinny Japanese man who wears leather cyber punk clothes, silver jewelry, and red sparring gloves. His hair is stark white and his gray eyes have an intense wild look in them when they’re not hidden behind his sunglasses.

“You’re no match for me. Really. You make me cry.”

“Fights you know you’ll win are such piffle-paffle, eh ?”

“You just bleed there and think about what you’ve done !”

“Team Japan !? Talk about dredging up the past !”

“Put you three together. And you get a bunch of losers.”

“A killing machine ? I’m not a machine. A machine has no heart.”

“My arm’s flames still rage… that must mean you need more cookin’ !” 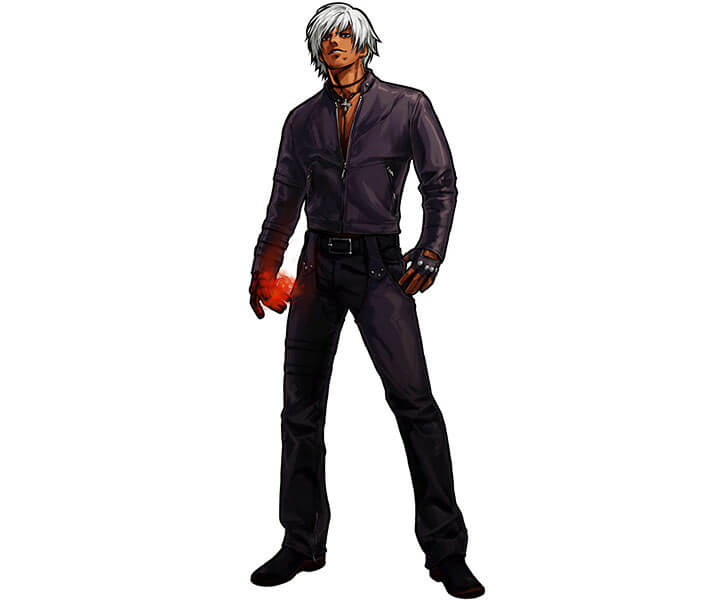 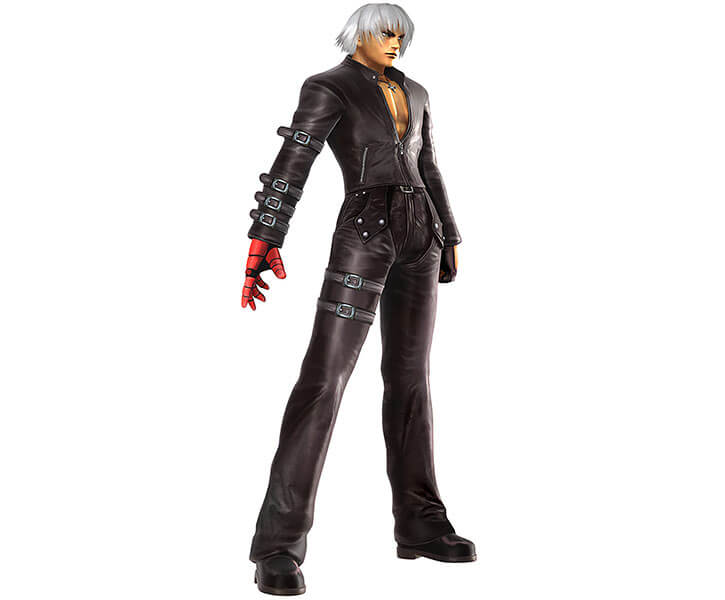