Kaboomerang is a low level psionic  with the gift of telekinesis. But this gift is limited. For instance, he is unable to focus his telekinetic strength for lifting or moving large objects.

However, he has developed this limited talent into an effective weapon when combining it with thrown weapons. Immediately after hurling an object from his hand, he uses his telekinetic ability to guide and manipulate the thrown object. Kaboomerang will make it move unpredictably towards his target.

Kaboomerang is a gifted athlete, acrobat and martial artist.

He has an uncanny aptitude with hurled weaponry; particularly boomerangs.

The young man who would eventually take the alias Kaboomerang, was raised on the Australian outback. He lived among a Native tribe. It was there where he learned his skills and discovered his psionic gift.

It is unknown how long he trained before first dawning his costume. But by the time he had gained the attention of the Guardians of the Globe, his adventures on the outback had transformed him into something of a local celebrity.

When the Guardians of the Globe went on an aggressive expansion drive, Kaboomerang was the first recruit they brought into the fold. Flattered and excited, Kaboomerang graciously accepted. And this is how he began to fight truly global menaces alongside his new teammates.

Kaboomerang is a young Native Australian man, with an athletic build and short cropped dark hair.

His costume is a relatively garish number, with bright yellow gloves, trunks and boots. The main body of the costume is orange along with the legs and arms. Directly in the centre of the costumes chest is a picture of an exploding boomerang. He hides his identity with a simple orange domino mask.

While in costume, Kaboomerang projects an air of confidence that borders on cockiness.

While he’s in combat, he batters his opponents with sarcastic barbs. He also batters them with his fists and his boomerangs.

The truth is though, that Kaboomerang’s bravery and confidence mask a bundle of insecurities. Kaboomerang has a hard time making close friends, despite his gregarious personality. He has only had a single intimate relationship with a woman. And that was the result of a spiritual possession of a super-villainess at that.

“Yeah, mate. I know they’re supposed to come back to me, but I make them blow up first.”

“Dingo, mate — please. These are just dogs. You think throwing exploding boomerangs is all I do ? I could dance with these lovelies all day and they’d never even get so much as a nibble off my bum.”

Outrun: “Nice shooting Tex. What is that, telekinesis ?”
Kaboomerang: “Yeah, spot on. Low grade, but I find a little goes a long way. You didn’t think I just chucked those things and crossed my fingers, did you ? They’re bloody bombs !”

Since the original Guardians of the Globe (GOTG) were obvious analogues for the Justice League, it is possible to integrate the events of the series by having Omni-Man slaughter the actual JLA.

Barring that extreme measure, it is entirely possible to simply throw in the GOTG as a separate superteam though. Especially since they were based in Utah, comfortably far away from the east coast cities that were home to the members of the JLA.

An intermediate measure would be putting the Global Guardians in the stead of the GOTG, which would also reflect the more international membership of the GOTG. 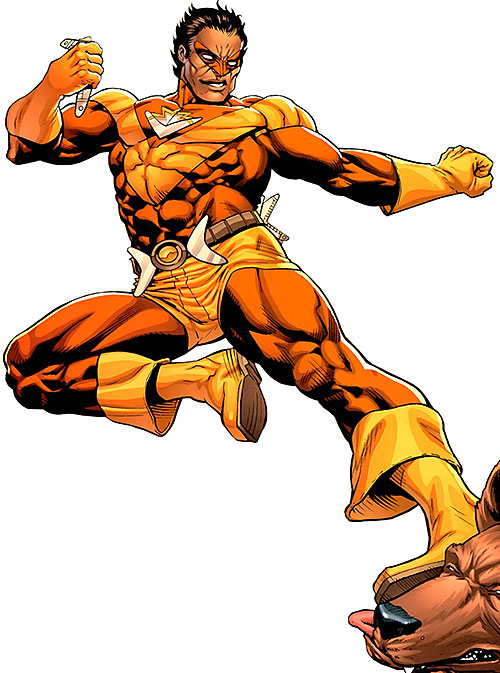 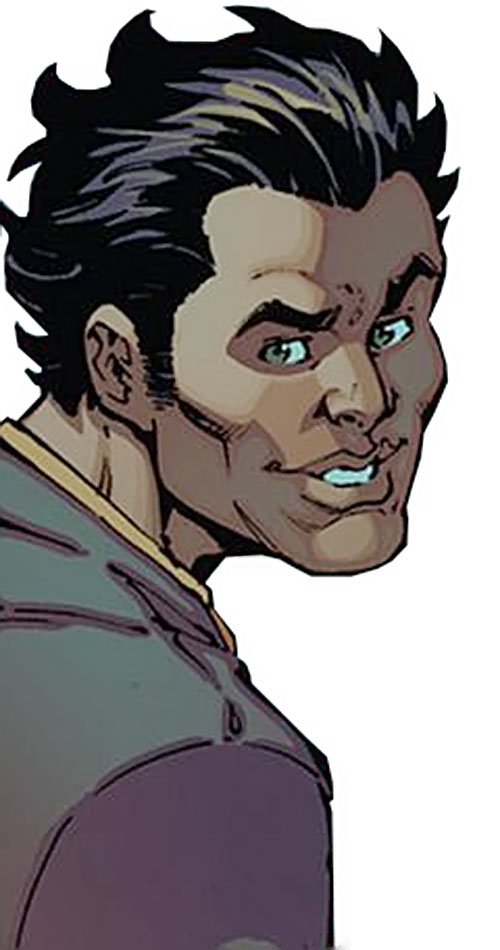 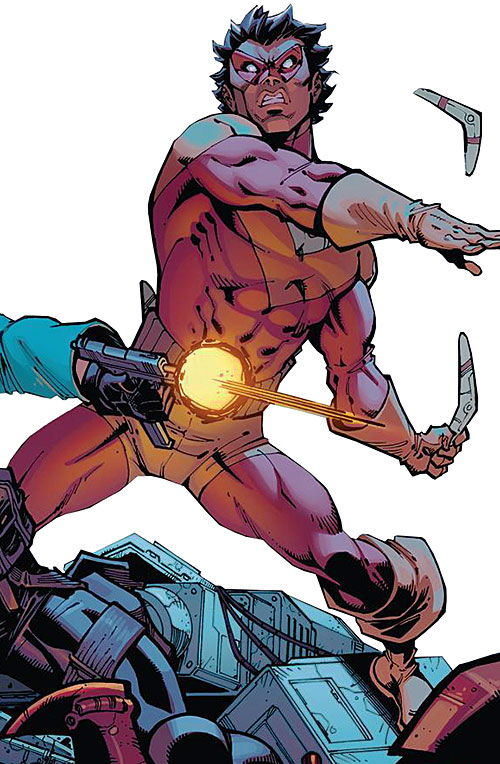