Kal’Reegar is a particularly tough and sharp Quarian Marine. He presumably doesn’t operate on the level of Shepard’s tactical specialists, but seems considerably more competent than the average grunt.

As a Quarian, Kal has all the usual limitations of his species since the loss of their homeworld. See our Tali‘Zorah profiles for more about Quarians.

The Quarian Clan Reegar traditionally serves among the Marines defending the Migrant Flotilla. They are locally famous and well-regarded. By 2186 an experimental electrical close-assault weapon built by Quarian engineers is named the Reegar is the clan’s honour.

One of their number, Squad Leader Kal’Reegar, was among the Quarian Marines detailed to Tali‘Zorah vas Neema’s research mission on Haestrom in 2185. Though there existed a lot of political tension around Tali, Kal just focused on doing his job. And the rest of the troopers apparently were among those who considered her a heroine.

The mission on Haestrom was meant to :

Haestrom was in geth turf. Presumably the Quarians were using some sort of stealth ship for insertion.

The mission went to 狗屎. As Tali and her Marines were working, a geth task force came in, cut the access to their ship and engaged them. The Marines took significant losses as they established a defensive perimeter, but then held off the geth for several days.

However, they couldn’t hope to get past geth lines to reclaim their ship, resulting in a stalemate. Howbeit the Quarians would tire well before the synthetics did. Tali continued investigating the ruins, and managed to broadcast a SOS.

The Quarians got lucky. The message was picked by the Normandy a fast frigate commanded by Tali’s close friend Commander Shepard. The Normandy was equipped with stealth systems allowing it to reach Haestrom.

Shepard landed with a tac team and joined the Quarian com networks. But as she was fighting through geth back ranks and coordinating with the Quarian military, the geth also received reinforcements.

Do you know what the chain of command is here ?

A dropship flew straight in and blew apart the Quarian position. Then a relief force including a Colossus platform — the geth equivalent of a tank — dropped right on their 臀, nearly finishing them off.

The nimble Tali rolled under cover and locked herself into a stout building. The determined Kal made it back to cover with a light missile launcher despite his wounds. However, there was now a Colossus and a full geth squad between him and Tali. The surviving Marines’ efforts to destroy those failed.

Tali and Kal now were the only survivors, and that wouldn’t last too long. The geth attempted to cut an access open to get to Tali. But Kal kept them under fire, greatly delaying and complicating their efforts.

Despite heavy geth opposition, Shepard and her team made their way to Kal’Reegar. He briefed them about enemy forces and tactics. Kal wanted to go in to help rescue Tali despite his obvious wounds. But Shepard started yelling at him, and he wisely chose to obey her orders and stay under cover.

Shepard and crew cleared much of the opposition through sniper fire and a feint opened by Shepard. She pretended to lead a frontal assault and thus forced enemy forces to expose themselves.

Backpedaling after her feint, Shepard ordered Kal’Reegar to resume fire now that the immediate area was clear. Then she stormed the Colossus’ position with her team.

The pincer attack partially failed as Garrus and Miranda were spotted sooner than expected. But that in turn allowed Shepard to dash into position and open up, raking exposed geth forces with her machinegun. With Kal’Reegar indirect fire support, the Colossus was destroyed before Tali’s position could be breached.

Shepard and Garrus rushed in to check on Tali. Meanwhile Miranda verified the perimeter so the wounded Kal could safely shuffle across the gorram thing.

Feeling that the Quarian Admiralty had pointlessly spent the lives of the marines under her command, Tali resigned and joined the crew of the Normandy. She wanted to secure evacuation for Kal’Reegar, but he thought that their ship was probably intact.

Kal was presumably treated by Dr. Chakwas aboard the Normandy. From there he presumably reclaimed and repaired the Quarian ship with the help of Tali and her friends to fly back to the Migrant Flotilla.

Some days later, the Alarei, one of the Fleet’s ships, was lost to accidentally reactivated geth. Quarian Marines attempting to board it were repulsed with heavy losses. Kal’Reegar presumably did not participate to the assault since he was still hospitalised with an infection.

The Board blamed Clan Zorah for the reactivated geth and the loss of the Alarei, and Tali was put on trial.

Kal thought the Admiralty’s attitude toward Tali was indecent – a bunch of lowdown, dirty… deceivers. He defended her actions when questioned by the Admiralty Board, and supported Tali’s main ally, Admiral Shala’Raan vas Tonbay.

Kal was apparently the one who suggested to Shala to set the situation up so Tali and Shepard could volunteer to retake the Alarei and demonstrate their valour right under the Flotilla’s eyes. This plan succeeded.

But the Admiralty manoeuvred Shepard into being Tali’s defence during the trial. The idea was that she’d be less competent than a Quarian. However by this point the Admiralty’s treatment of Tali had done damaged the Commander’s calm.

Once Shepard was done shouting at them, the Admiralty promptly declared Tali to be innocent.

The satisfied Kal presumably returned to his bunk.

Months later, the Quarians successfully reestablished themselves on Rannoch as the result of complex and particularly tense events – see our Mandala Shepard and Tali’Zorah entries. However they immediately joined the struggle against the Reapers, to preemptively defend their home world.

Kal’Reegar and his squad were sent to the Turian homeworld, Palaven. There a bitter war of resistance was taking place against Reaper extermination.

When a vital communications relay went offline on Palaven, Kal and his squad volunteered for a combat drop to repair it. That was despite the obvious risks posed by operating away from Quarian medical support. The heroic Quarian Marines held and repaired the relay long enough for Krogan relief troops to arrive.

However the attacks continued in earnest. Kal declined Turian offers of evacuation, stating that the surviving marines had suffered exo-suit breaches and were doomed anyway. Kal’Reegar and his troops thus died holding the relay. They were saluted as heroes by the Turian Hierarchy.

Kal’Reegar’s most notable characteristic is that he’s voiced by actor Adam Baldwin despite having but two scenes. Given the pattern of references in Mass Effect, this was presumably planned as a shoutout to Baldwin’s character in Firefly, Jayne Cobb .

Alas for Bioware, the joke had been done in Halo 3: ODST, where Baldwin voiced a character who made Firefly references. That was three months before the release of Mass Effect 2. But then, constant Firefly references are so annoying.

Kal wears a shiny red hardsuit, with a typical Quarian military design. A man walks down the battlefield in that hardsuit, people know he’s not afraid of anything.

Since Kal is effectively faceless, we’ve gone for detailed shots of his hardsuit.

A disciplined tough guy who can handle a lot of pressure. Kal’Reegar often states that he’s just a grunt who shoots things when ordered to, but this is clearly not true.

He’s an excellent tactician with a clear and quick mind. And his understanding of the basics of science, politics and presumably other subjects is excellent despite his insistence that he’s just dumb muscle.

Kal mostly speaks in brief, clipped sentences and in a military style.

Kal’Reegar is fond of acting tough by ignoring his pain and wounds, but on the other hand he refuses to downplay the horrors of wars. His explanations to Tali about what a full-scale campaign to retake Rannoch would entail apparently were important in making Tali doubt that reconquest was a good option after all.

Much like Tali, Kal is a proud patriot who hates the geth. And like many Quarians, he can be very direct. The later is increased by his bluntness and the authority that his track record and Clan Reegar bring him.

He might just be a Squad Leader, but he’s a really good one, and good NCOs are important to diminish losses that Quarians cannot afford. And generally, Quarians tend to behave more like a very large and somewhat dysfunctional family – a Turian-style hierarchy would never work for them.

“Can’t really comment on that, ma’am. I just shoot things.”

“The geth will need time to get through to [Tali]. It’s hard to hack a door when there’s somebody shootin’ rockets at you.” (pops out of cover, fires a mini-missile)

“Hope you’re right, ma’am. Synthetic bastards are bad enough as it is.”

“Combat seals clamped down to isolate the contamination, and I’m swimmin’ in antibiotics. The geth might get me, but I’m not going to die from an infection in the middle of a battle. That would be *insulting*.”

“Nah, Shepard’s right. You’ve only seen our strike ops, Tali. Don’t have all the fancy equipment in a frontline fight. Supplies get strained, things get ugly fast.”

(After the Admiralty has damaged his serenity) “Damn straight. Tali’s done more for this fleet than you assholes ever will. You’re pissing on everything I fought for ! Everything Tali fought for ! If you exile her, you might as well do the same to me.”

“We’re all dead anyway. Just make them pay for it.”

Bonuses and Limitations:
Gadgetry is limited to maintenance, repair and power user operations.

Advantages
Expertise (Quarian military equipment and protocols, Tactics), Rank (presumably the equivalent of a Sergeant), Misc.: Kal is a member of a particularly respected clan. 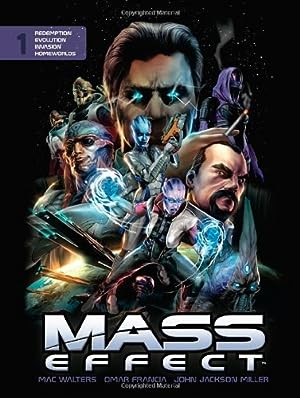