Kam is a very large and muscular man. Furthermore, he’s a master of tang soo do  and other unspecified martial arts, include paired sticks fighting.

He was proficient enough to beat Tsunami in a knife fight, though at that point Tsunami was wounded and losing blood. He also proved very dangerous against another expert, John Butcher.

Kam is an experienced intelligence field agent. He seems to be a specialist in security, assassination and combat.

Kam is unusually large and powerful. He has enhanced human durability and recuperative power, and might have some small degree of superhuman strength.

Kam is a former agent of the South Korean Central Intelligence Agency . He left for the private sector and became a security officer for Namdorph Corporation. He also became the personal hand-to-hand combat trainer of Namdorph’s CEO, a highly dangerous Crow Indian going by Randall Corvus.

As such, he clashed several times with John Butcher, Tsunami and Green Arrow, as he carried out various pieces of wetwork for Corvus. He also was Corvus’ bodyguard.

Kam was seemingly killed when Tsunami and Green Arrow ganged up on him and Tsunami stabbed the Korean in the heart. However, Kam has survived pretty grievous wounds before.

In, particular during his first encounter with Butcher, he easily survived being stabbed in the abdomen and the chest. In fact, Kam still had — in DC Heroes RPG Terms enough Hero Points  for a Desperation Recovery to get away whilst Butcher believed him dead.

Kam’s recuperative abilities do no seem able to repair damaged tissue. Therefore, after a fight with Butcher in San Francisco, he kept a scar over his left eye from a spear tip’s slash.

Kam is a cruel, perhaps sadistic killer and a proud, accomplished fighter. He was utterly loyal to his employer and committed murder on his order several times. Kam even murdered Namdorph Corporation executives Corvus simply suspected of being traitors. 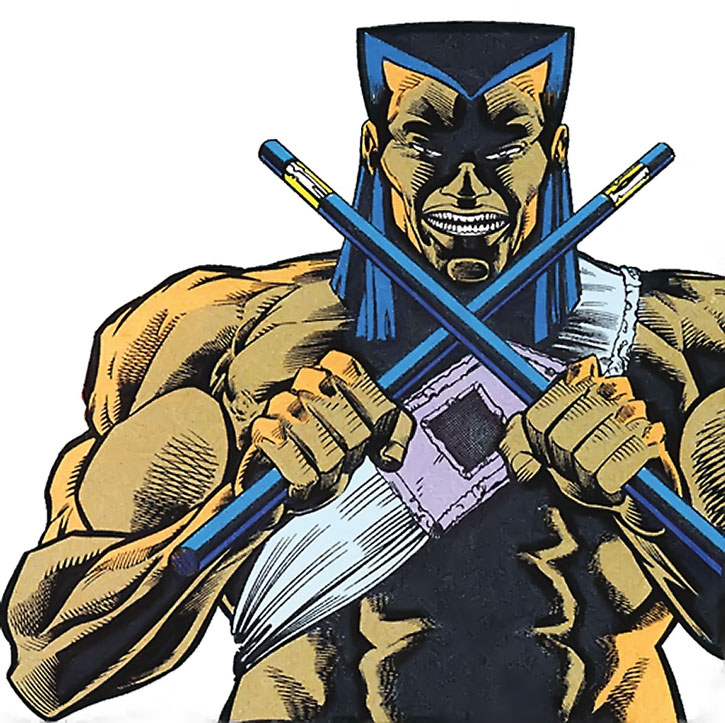 He seems to revel in his fighting prowess and in being a hard, bloodied man who could kill anyone in the room – painfully and easily.

Kam is a martial arts nuts and prefers not to employ firearms. In a super-hero world, that’s a reasonable tactic.

“I’ll carve my name on your forehead ! I’ll dig out your eyes and feed them to the fish in Corvus’ aquarium…”

“I serve at Corvus’ discretion. Until I hear otherwise, I’ll remain here in charge of security. [Butcher] will come here next.” 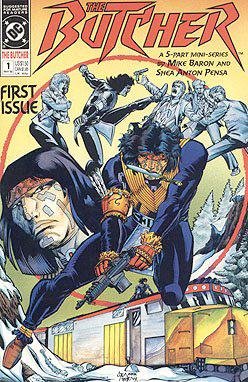 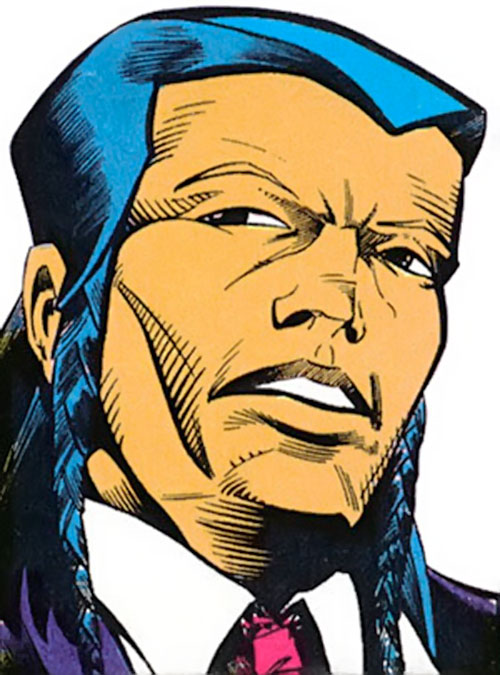 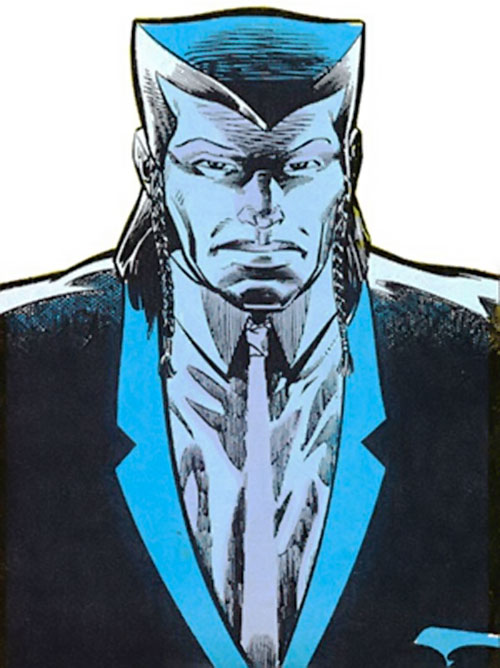 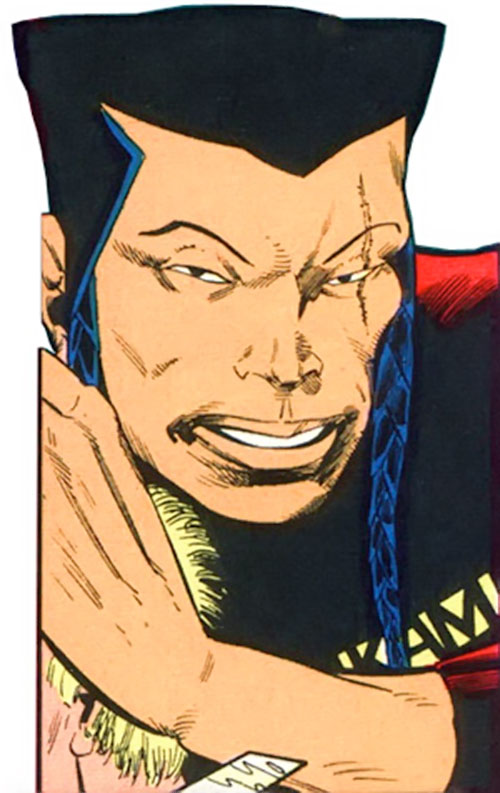