Kaoru is a highly skilled swordswoman. She’s no Kenshin, but has proven herself in more than one fight. She is also very strong-willed, and willing to face death to defend her friends and her ideals.

Kamiya Kaoru is the last remaining member of her family. When her father was alive, he taught Budo (martial arts, especially swordsmanship) for the purpose of defending those who cannot defend themselves. Unfortunately, a disgruntled ex-student began to slaughter police and civilians shortly after her father died. The killer bragged that he was using her family’s style.

Mistaking Kenshin for the assassin upon first meeting him, he eventually defeated the killer, and she found out his own hidden history. 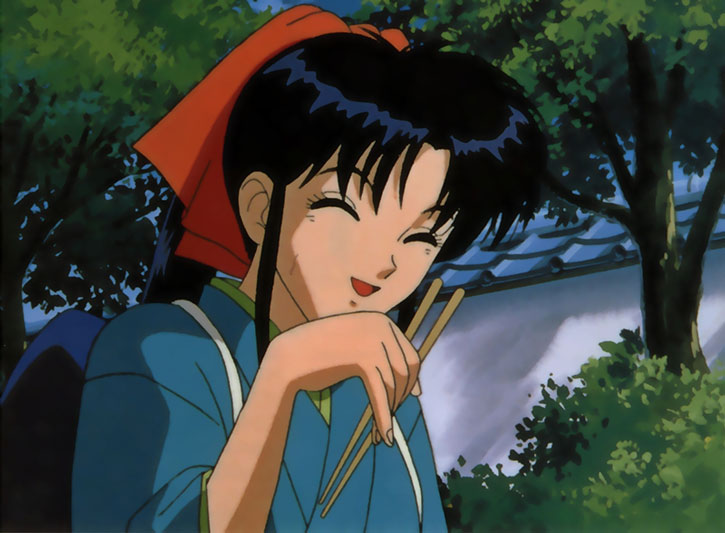 Ever since Kenshin began staying at the dojo, she has found herself ’picking up strays’, as it were. First, the orphaned boy Myoujin Yahiko, who became both her best student, and surrogate little brother. Then Sagara Sanosuke, the street fighter. And the doctor, Takani Megumi. All of them became her surrogate family, the so-called “Kenshin Gumi” (Kenshin Squad).

During the battle with Shishi-O’s group, she remained with Yahiko and Makimachi Misao of the Oniwa Banshu. She helped defend them from the bulk of Shishi-O’s force, the Ju-Pon Gatana. At one point, her opponent wielded a huge (80 pound) scythe with a 20 lb. spiked ball and chain connected to it.

Wielding only a bokken, she fought the fearsome individual, and managed to defeat him without compromising her ideals, even offering to treat his injuries after the fight.

Does she ever tell Kenshin how she feels about him ? Aw, come on, people. This is animé , whaddya think ?

Kaoru is in her late teens, and is rather attractive. She keeps her relatively long hair tied up in a topknot, and usually wears a gi, or a relatively formal kimono.

Under normal circumstances, Kaoru is a very normal teenager. 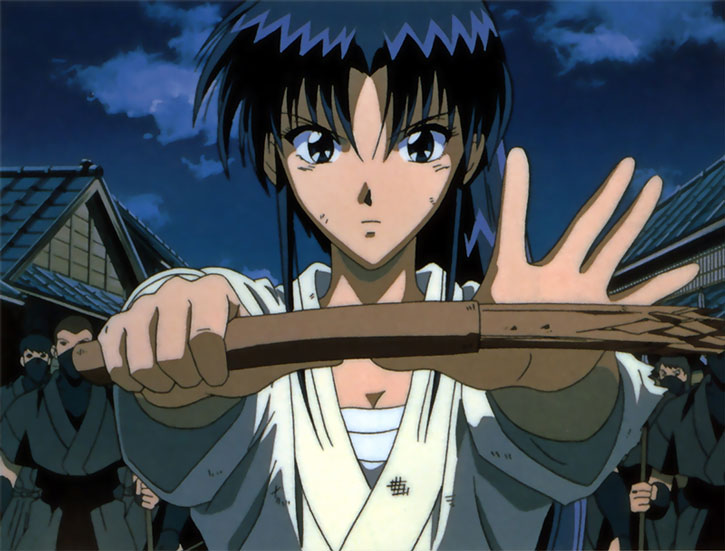 When it comes to her budo, however, she is fiercely determined. Ms. Kamiya is completely devoted to the concept that the strong should guard the weak. She seeks to find students to whom to pass the Kamiya Kasshin Ryu, her family style. Kaoru thinks she has found a worthy heir in Yahiko, although she would never tell him that. In fact, she spends a lot of time arguing and scrapping with the young man, much as if he was a real brother.

Her confections rarely fail her, but the one area they tend to do so is the subject of her feelings about Kenshin. She can admit to herself that she loves him, but cannot admit that to him. Basically, if she’s in danger, she’s strong and brave. If it deals with how she feels, she’s a wimp.

Well, the Kenshin characters _could_ have existed in Meiji Era Japan in the DC Universe… or perhaps it’s all happening right now, in a secret war against a terrorist known as Shishi-O (“Great Lion”)… 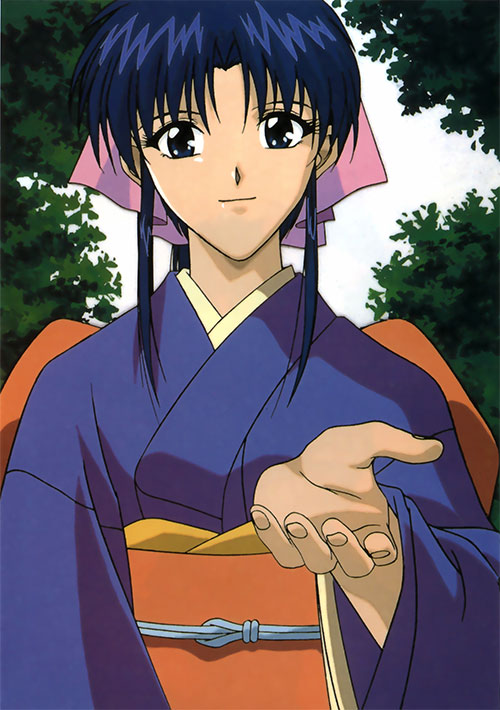