The Kanamits are an advanced alien species. They appear in one of the most famous episodes of The Twilight Zone. As to The Twilight Zone, it was a 1959-1964 anthology TV show that did sci-fi, light horror, paranormal thriller, reality dysfunction, etc.

The Twilight Zone shared many themes with 1950s “shock ending” anthology comics (such as Tales of Suspense). It was an influential show, and significantly helped popularise a number of sci-fi, paranormal and horror themes. Its more memorable episodes were also often spoofed.

I discovered these aliens in a CBUB fight  with the Avengers. After seeing the Twilight Zone episode, I though they deserved a profile. It includes a S P O I L E R for the episode, in the unlikely case one doesn’t already know about the twist.

The Kanamits are impressive beings. Nine feet tall and around 350 pounds on average. Much more than a physical match for your average man.

The Kanamits have been described as probably 500 times smarter than we are and a thousand times more complex.

The Kanamits arrived on Earth on a day in April at noon. On that day, people bought and sold and fretted and laughed. A day like any other, until the Kanamit’s saucer shaped space craft appeared in the sky. The Kanamits heralded their coming over short-wave that they would appear on Earth at that set time. So, they did.

At 11:00 A.M. Eastern Standard time the first of these landings happened outside of Newark, New Jersey. Then in Russia, Norway, the southern coast of France, Rio De Janeiro, and several others. The U.N. warned that it would be premature to assume hostile intent on the part of the Kanamits at this time.

A representative of the Kanamit race arrived landing his space craft only a few blocks away from the U.N. building and made his way there.

A Christopher Columbus from another galaxy and another time

The Kanamit representative laid out for the people of Earth why the had come. Their motives were altruistic, only to help mankind. To use their vast knowledge to make man’s life a life without care, a life of ease. No more famine, no more war, no energy crisis. They came offering paradise, free of charge.

When the Kanamit delegate was finished he left behind the book he had held in his hand while speaking, written in the Kanamit language.

The next morning, the Kanamits demonstrated the use of nitrates in Argentina. Six hours later, the barren and fruitless land was full of nutrients. U.S. decoders, led by Michael Chambers, tried decoding the alien language without much luck. After a full day, however, they were lucky enough to break the title of the book, To Serve Man.

More than a week after their arrival, tests were done with the consent of the Kanamits. One was a polygraph, which showed no deviation. The Kanamits only told the truth.

The evolution of man, going from dust to dessert

As time went by the Kanamits came through on their promises. Arid deserts were transformed into fertile fields. The force field to end wars did precisely that, armies and navies were practically disbanded.

People began taking trips to the Kanamits homeworld, it was said to be like being on vacation all the time, never wanting for anything. No one needed to work anymore, people had more than they needed. Everything was supplied by the Kanamits.

They had embassies in every country. For every one of them that comes, a few thousand of us go off in their ships to live with them.

Mr. Chambers had scheduled his own trip and just as he was boarding the ship, Patty rushes up and shouts to him that the rest of the book had been deciphered. ”To Serve Man, It’s a cookbook!” Chambers tries to get off the ship but is overpowered and wrestled onboard by the Kanamit who quickly shuts up the stairway.

Kanamits are giants with large round heads. At least on diplomatic missions Kanamits wear ankle length sparkling white robes with large rounded collars, low on the left and high on the right. They also wear aluminum foil-like boots.

When taking travellers onto their vessel they wear a full-body work uniform but these are black in color. The Kanamits wear black work boots as well.

Calm and calculating, Kanamits have a very serious and precise speech that captivates all those hearing it. The Kanamits salute at the chest with the hand open, fingers extended.

When the Kanamit left behind his “cookbook” it makes me wonder about the motivation behind that move. It did seem deliberate. Are they hoping that after seeing how good life is with them that even with the knowledge of what the Kanamits are actually up to man would accept his fate and become willing cattle?

“Our intentions above all things is to help the people of Earth. To establish embassies here and to setup future reciprocal visits between Earth people and Kanamits.”

Mr. Greggary, the Representative of the Soviet Union: “People of the Soviet Union would like to ask the Kanamits precisely and I repeat that to him. Precisely, what are your motives in coming here quite uninvited. Are we to assume there is no ulterior motive beyond this vast humanity you speak of ?”
Kanamit: “There is nothing ulterior in our motives, nothing at all. You will discover this for yourself before too long simply by testing the various devices we will make available to you.” 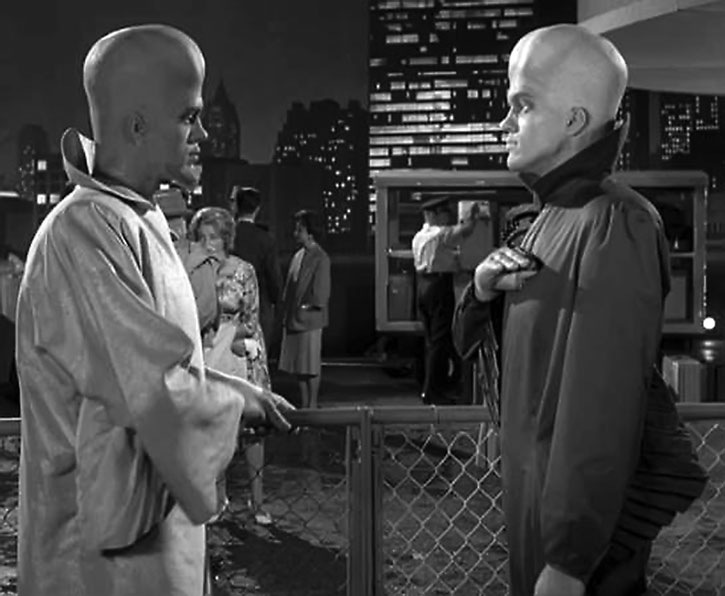 Chambers: “I’ve got a funny feeling.”
Army Colonel: “What ?”
Chambers: “That we’re looking a gift horse in the mouth.”

(While taking a polygraph test)
Conductor of test: “What is the motive of the Kanamit people in offering such great gifts to the people of the Earth ?”
Kanamit: “I hope that the people of Earth will understand and believe when I tell you that our mission on this planet is simply this : to bring to you the peace and plenty that we ourself enjoy. In which we have, in the past, brought to other races throughout the galaxy. When your world has no more hunger, no more war, no more needless suffering, that will be our reward.”

There is the CBUB set-up in the link in the Context section that pits the Avengers against this alien race.

Bonuses and Limitations:
Growth is always on and already factored in.

Some stats are speculative.

Wealth for an individual is what is listed. If they are being paid it was not revealed in the episode. I am going with the thought that all the Kanamits are on the same page about what they are doing and have everything supplied to them.

Their planet/government would have its own Wealth score and act as a Financial Backer. How many APs that involves is anyone’s guess.

Kanamits do not move their mouth when they talk. Their spokesman explained their language is totally “mechanical”, so listeners hear the voice in their own minds.

This includes listening to a pre-recorded video of a Kanamit, which doesn’t make any sense unless the kanamit’s “voice” actually is audible and can be recorded.

I suggest treating their Telepathy as a normal voice; except perhaps when it comes to clarity of the voice. I’d assume even in a crowd you’d hear the Kanamit over others talking… assuming its not a group of Kanamits all talking at once of course.

Source of Character: The Twilight Zone T.V. Series, Season 3 the 1962 episode To Serve Man based on the short story of the same name written by Damon Knight. 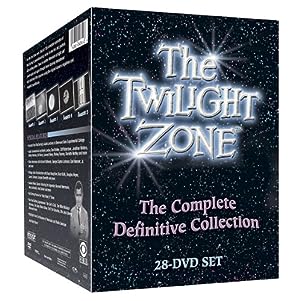 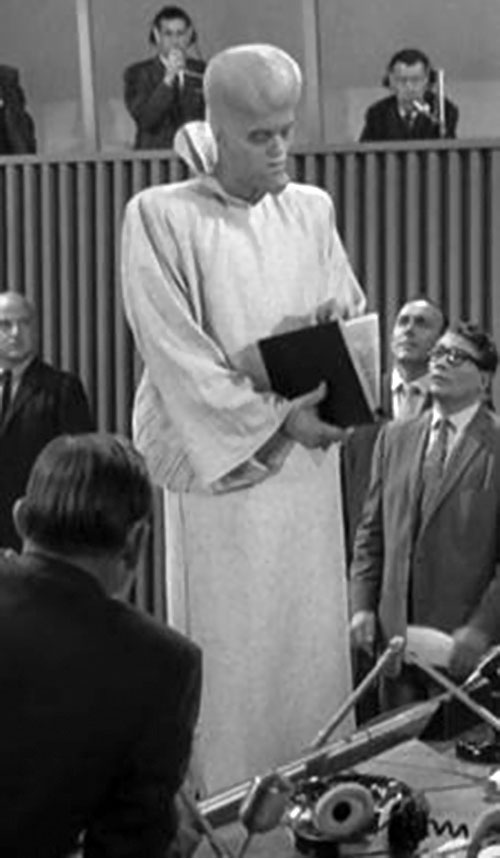 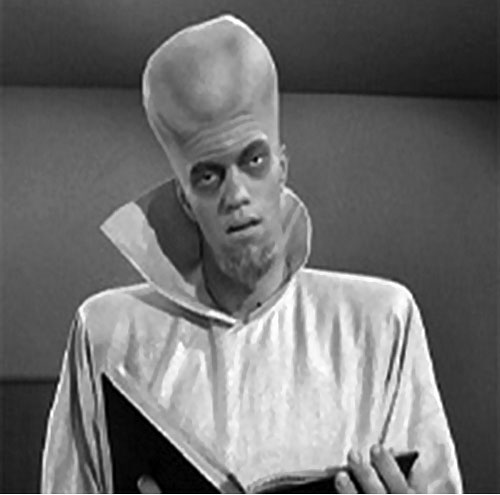 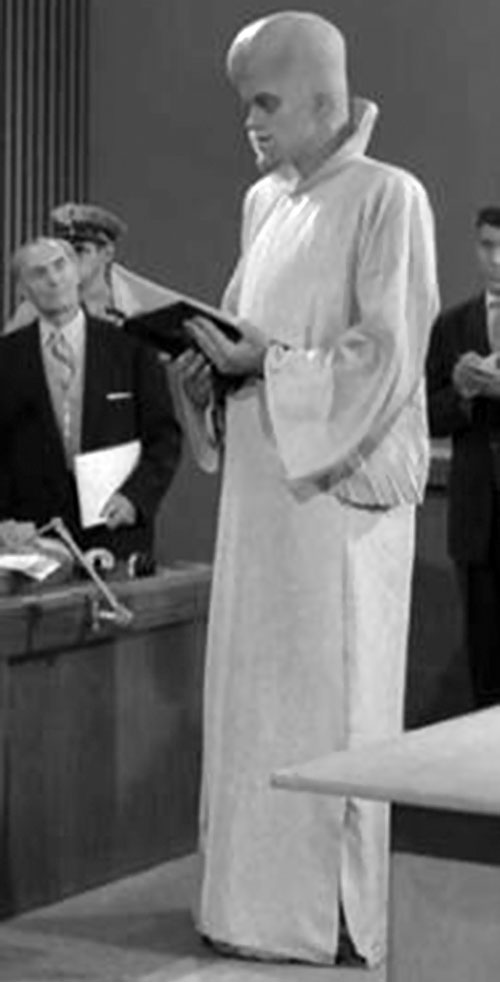