Though he possesses no formal meta-human powers, Karate Kid is a galaxy-renowned martial artist, the master of several disciplines.

Val Armorr is one of the greatest martial arts of the 30th century. He has dedicated his life to mastering as many different forms of fighting as he can.

To this end, he joined Leland McCauley’s Workforce as Karate Kid. This way, he had the opportunity to travel to different planets and learn new disciplines. Val did so despite the knowledge that McCauley’s values were far different from his own.

He was able to live with those differences until McCauley attempted to profit from an anomaly in space. To Val, it represented something purely beautiful, like divine creation. Unable to reconcile his employment with his conscience any longer, he destroyed McCauley’s anomaly-tapping machine. He then fled, with McCauley’s pursuing men almost killing him.

He asked for the Legion’s protection. They provided it, and, in a deal they worked out McCauley renounced any claim against Val.

Val is quiet and contemplative. He prefers to spend his free time meditating, which leaves him with a very peaceful demeanor. 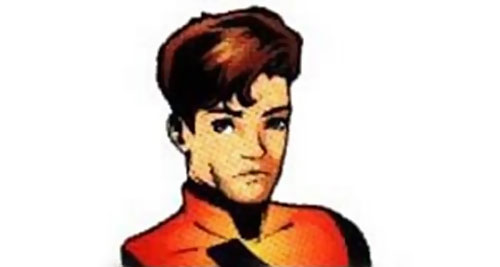