Karl aka the Street Preacher has had extensive cybernetic enhancements done to his body. Thus his strength, speed and endurance are all superhuman. It is stated that most of his body has been replaced with cybernetic prosthesis including (but not limited to) arms, legs and much of his torso and cranium.

Since Karl only appeared in a few scenes, no detailed account of his full capabilities can be written up. The game stats are based the abilities he displayed in the film.

Karl appears a hulking blond warrior dressed in ceremonial robes. He has shoulder length blond hair, a beard, and a slight psychopathic look in his eye.

He conceals on his person a stylized combat knife in the shape of a crucifix, and also employs a walking stick as a fighting staff. It is unknown if he carried other special weapons on his person.

A sub-1-minute sequence of the movie with the preacher in his church.

Karl is a professional bounty hunter who will track down any target for the right price. Like the Terminator (James Cameron version) Karl is a cybernetic being who will stop at nothing to either locate his prey and bring him back, or to simply eliminate him.

Karl likes to quote scripture and uses various religious symbols, such as the crucifix, in customizing his weapons.

“Do you want someone brought to Jesus ?” (holds dagger by blade showing the hilt and handle to resemble a cross) “… or to you ?” (turns dagger over to grab handle revealing mean looking blade)

(Hooky’s in the bar mopping up after a long night when the Preacher enters, quoting the Bible)
Preacher: “They err in vision, they stumble in judgment, for all the tables are full of vomit and filthiness, so that there is no place clean.”
Hooky (considers this then grins): “You should have seen it before.”

(The preacher leaps out in front of Spider’s van before they can get away) “HALT SINNERS !”

Although Johnny Mnemonic and all subsequent characters works better in their own self contained universe, they could be placed in the Batman Beyond setting since the tech noir aspect suits the two worlds very well.

Connections:
Takahashi (Low), Church of the New Transfiguration (unknown since it is only very briefly mentioned, but probably High).

Church of the New Transfiguration

Karl also seems to be a member of The Church of New Transfiguration. Not much is known about this organization since it is only mentioned very briefly in film.

It is possible that Karl belongs to a cult of religious fanatics that believe themselves to be on a higher level for converting to cybernetic enhancements. The William Gibson novel goes into greater detail about the organization. 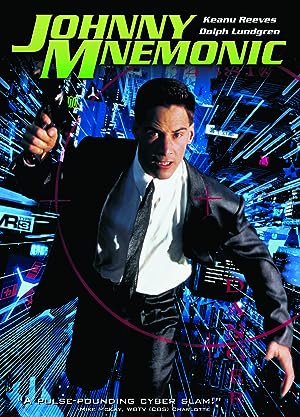 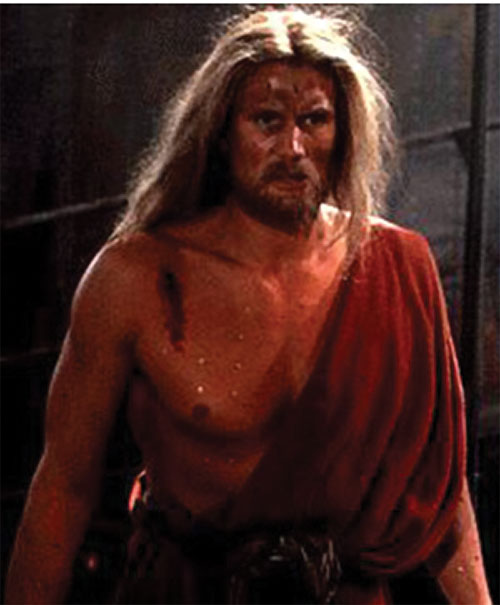 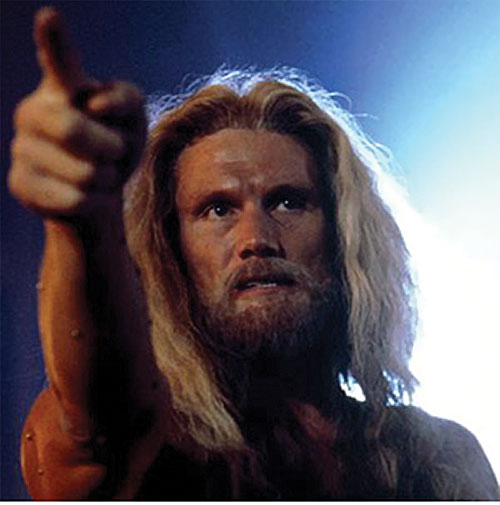