An experienced field agent, Kelly is an extremely dangerous combatant. She is familiar with a wide range of weaponry, and is capable of using them ruthlessly.

Kelly Peyton worked for The Shed under Gordon Dean. She was the only other person to know that it was not a black ops division of the CIA, but actually a branch of the criminal organization Prophet Five. She developed a friendship with colleague Rachel Gibson.

When they realised Rachel had compromised the operation, she had no remorse about Dean’s decision to bomb the operation.

They set up another operation. Kelly soon learned that Rachel had survived and was now working for the CIA, and they fought. Kelly outclassed Rachel, and was willing to kill her. But Rachel saved Kelly from a bullet, and Kelly had to flee when Rachel’s back-up arrived.

When Dean was captured by APO, Peyton took over as head of The Shed. She worked with Irina Derevko to get information out of Sydney Bristow to recover the Horizon, a Rambaldi artefact.

But when she later learned that Sydney, her father and Irina were in a Vancouver bank retrieving the Horizon, she led a team in. Peyton likely assumed that Irina as a traitor. Jack held the attackers off then caught Peyton with a grenade. She was buried under rubble, but eventually escaped.

Working with Arvin Sloane, who was then also working for Prophet Five, Peyton recruited Anna Espinosa from a federal prison. Anna was eventually turned into a genetic double of Sydney. Peyton later helped Sloane to recruit Julian Sark.

Sloane convinced Peyton her that she was as expendable to the organisation as he was, which she was already aware of. Kelly thus agreed to join him in a coup.

While Sloane and Sark dealt with other parts of the plan, Peyton reported to the Prophet Five council. She pretended to be delivering the Horizon. Instead, she pulled out her guns and killed the council and their guards.

But she was soon captured by APO. Rachel knew that her former friend was afraid of snakes, and used this to make her talk. Peyton was then taken into custody.

A ruthless and pragmatic opportunist, Peyton often seems sweet and pleasant. But she can instantly switch to coldly vicious, doing whatever she needs to do for her own survival and advancement.

While relatively loyal as long as she is well treated, she’s always looking out for signs of possible betrayal. She’ll do whatever she can to protect herself from them.

Anna: “Get out of my cell.”
Peyton: “If I’m interrupting your busy schedule of invasive interrogation, I do apologize.”

(In a gunfight with Jack) “This really is no place for you, Grandpa. By the way, where’s Sydney registered ? I’d love to get her a gift for the baby.” 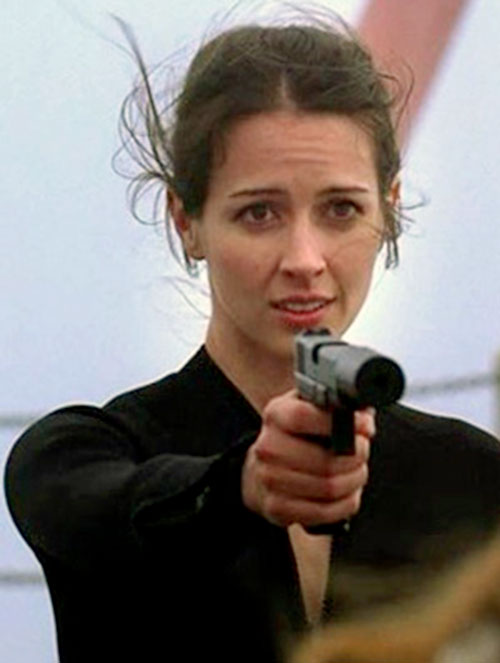 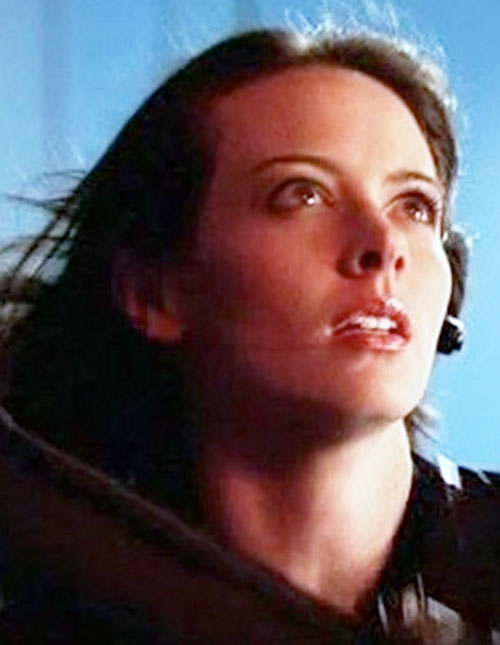