When part of Team Omega, Jones was the tech and computer hacking expert. She has been a computers prodigy since childhood.

She also had enough military training to keep pace with the rest of the unit during commando ops, and engage in combat.

As Kestrel, she can generate planes of a crystal-like substance (or is it some sort of hardened resilin ?) from her hands and her back.

The slivers she generates from her hands are fed into custom-built bracers. These can shoot the slivers like bullets, usually in volleys.

Our game stats *assume* that she could also grow dagger-like weapons in her hands, or some sorts of claws. 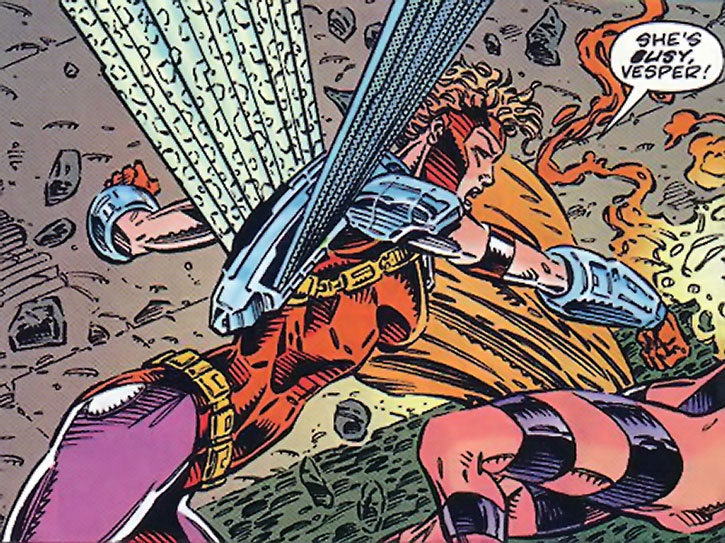 Kestrel generates larger, wings-like planes of crystal from her back. She can use these to fly and hover. This likely means that her crystal has some sort of anti-gravity properties. If so, this presumably also helps with the ballistics of the slivers she shoots from her bracers.

Kestrel’s wings emerge from a device she carries on her back. This sort of nacelle might be necessary to grow proper, usable wings. She also wears armoured pads on her shoulders, presumably to protect herself from the edges of her own wings.

Kestrel’s wings are quite sharp along the edge (in DC Heroes RPG terms, Claws). Furthermore, these can be interposed between herself an an attack (shield-like manoeuvres). Kestrel can regrow damaged bits of her wings as needed.

Kestrel prefers ranged combat. She’ll hover above the scene and shoot her opponents. Being in the air also means that she’s an harder target. But when annoyed — which is often — she’s likely to close in for a punch.

Kestrel is from Manchester.

She’s also likely younger than the rest of the team.

Kestrel talks a lot. Usually to spout long-winded, stilted trash talk at the opposition. Her constant blathering in combat tends to get on the nerves of friends and foes alike.

She seems to prefer to engage other young women in combat, and comes across as judgemental.

“You may not know us, Firestrike — but we know more than enough about you and your buddies — and frankly, we’re not impressed !”

“You caught us on the hop, toots ! But don’t rest on your laurels just yet !”

“Remember the plan, team — keep Hurricane guessing — don’t give him time to bring his powers to focus !”

Bonuses and Limitations:
Projectile weapons has No Range (but see the BRACERS below).

Bonuses and Limitations:
Evasion – must wield WINGS (below).

Given the modest amount of material to benchmark them with, some of the stats are speculative. It has been assumed that Gene Dogs had the generic Special Forces Skills suite from the generic soldiers entry on writeups.org.

Kestrel might have some APs of Gravity Decrease (Self Only) that help her Flight, but this is getting into the realm of Speculativistan.

Crystals from her back ● 15 points (Removable – needs her dorsal nacelle) ● Descriptor: Genetic engineering
– Flight 5, Winged
– Strength-based slashing Damage 5
– Four more Ranks of strength-based slashing Damage and Accurate 4, both with Limited 2 (these are only useable against somebody next to her back (usually because they’re grabbing her))
– Enhanced Dodge 3, Enhanced Parry 2, Defensive Roll 1
– Protection 4 (Increased Action 1, Fades, Limited 1 (Fades also diminishes Flight and Damage Ranks), Feature (regenerates one Rank lost to Fades every other round).

Benefit 1 (S.T.O.R.M. sensors can focus on the Gene Dogs’s gene chips to monitor them and their vital signs.) 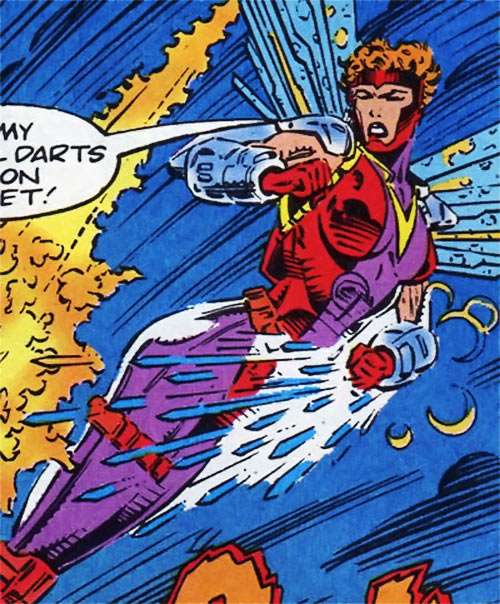 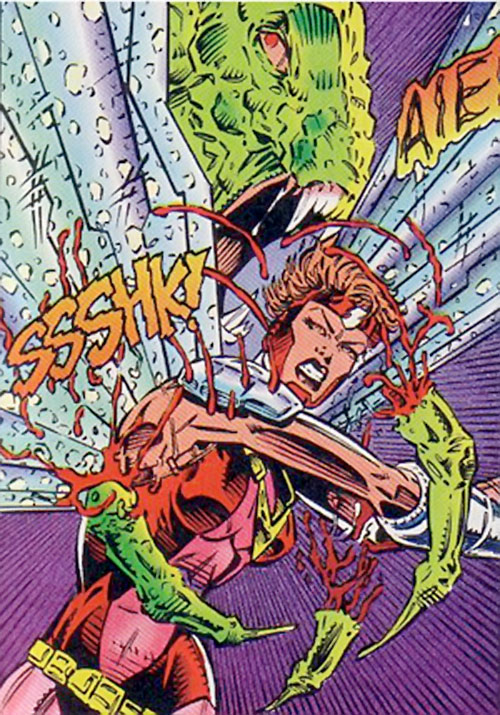