The KGBeast performs at a much lower level than he used to. He’s now closer to a super-thug than an unstoppable super-assassin with fantastic skills. The reason for this are unknown. He may have suffered brain damage while he was trapped by Gotham in the sewers due to suffocation.

Another possible explanation is that he might have become an alcoholic after his defeat (he was seen holding a bottle at one point). But that sounds much less likely than the brain damage theory. Of course, he could have started to drink after suffering from brain damage.

The modern KGBeast is still very big and strong, hitting with cybernetically enhanced strength. He seems much less accurate and acrobatic then before, but more resistant. Being hit in the shoulder by magnum buckshot from a few meters away made him bleed, but he didn’t budge or even react. Most people hitting him will bruise or even break their hand and have no effect whatsoever.

His left hand attachment has been improved over time (it is now closer to a full machinegun). And it now incorporates a cybernetic eyepiece feeding visual info directly to his brain, to compensate for the eye Batman took out during their final fight.

Through unknown means and circumstances, KGBeast survived his apparent death. However he wasn’t seen again for years, and now seems much diminished.

When he surfaced again, he was still as an agent of the Hammer. The Hammer had become a mercenary and criminal concern, running a vast amount of Russian mafia business. One of their operations took them to Gotham, where they were planning to print large amounts of perfect counterfeited money.

However, they ran afoul of Robin and the Huntress on one side, and King Snake and the Ghost Dragons on the other. Huntress and Robin managed to escape from the KGBeast several times. Eventually, King Snake narrowly defeated the Russian by engaging him on his terms – hand-to-hand combat in pitch darkness. Many important operatives of the Hammer were killed in the ferocious gang war with the Ghost Dragons.

The KGBeast continued to be a part of the Molina (as the Russian mob is called in Gotham). He later joined an alliance of three hardcore Russian crimelords known as the Troika.

One of them, the ex-KGB terrorist known as the Dark Rider, was quite mad and not centered on profit. Thus, the other two Troika members agreed that he should be eliminated and replaced by the KGBeast. This operation was successful.

Romana Vrezhenski and KGBeast then turned against the third, Colonel Vega, for an opportunity for vast profit had arisen. The Dark Rider had procured a baseball-bat sized nuclear bomb. Both remaining members of the Troika intended to use as a blackmail weapon against Gotham – if they could locate it. 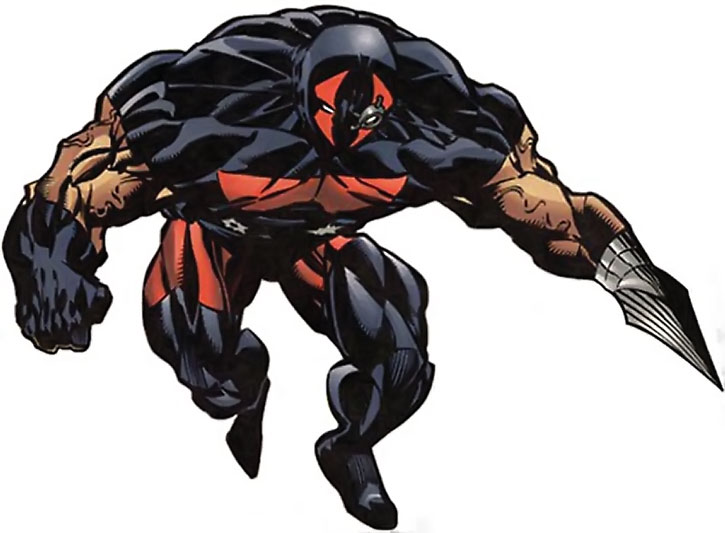 KGBeast continued to go along with Romana’s main plan, which was basically to acquire a large amount of a key legit company through threats of death. They invaded Wayne Industries and, to make an example, Romana had KGBeast blow up huge tanks of flammable chemicals with a rocket launcher. The KGBeast decided to stay and blow up yet more tanks, starting a huge fire that took days to get under control.

When GCPD detectives Bullock and Bock ran into him, he swatted them aside, almost fatally wounding Bullock. As Robin arrived, he produced the miniature nuclear bomb – which, unknown to Romana, he had found a few days ago.

The KGBeast had decided to blow up Gotham and have his revenge on that town. Although he had hoped to personally blow up Batman, Robin was almost as good. Thankfully, Bock — in DC Heroes RPG terms — rolled several doubles in a row with a lucky shotgun shot that knocked the KGBeast out for a time.

Robin kept Bullock alive, then attempted to fend the KGBeast off, without much success. When Knyazev caught him in a bear hug, Robin ripped off the eyepiece. As it turned out, it was a cybernetic implant connected to the KGBeast’s brain. The Beast, who had caught fire during the fight, collapsed with his face flooded with blood.

KGBeast was sent to Blackgate prison, where he remained until the big quake. He didn’t have a specific plan at that point (Gotham had just been destroyed, after all) and allied himself with the vigilante Lockup to become his right-hand man. Both men turned Blackgate back into a formidable prison, and started a crusade, capturing criminals in Gotham and throwing them in Blackgate – forever.

Nightwing was sent by the Batman in a highly dangerous solo mission. He was to take control of Blackgate, the new jailers and the prison population, which included a number of criminally insane and/or superhuman prisoners.

Nightwing outmaneuvered the KGBeast when attempting to escape capture. He again brought his superior agility to bear (and used the fact his opponent only had one hand) when leading a breakout of the superhuman and criminally insane prisoners. Nightwing then dropped the KGBeast on them so he would have to beat up the crowd until they overcame him.

A huge slab of thug. He is smarter than he looks, though. The Beast will quietly work his way to the top of whatever criminal organization he’s in, counting on the fact he remains too dangerous to mess with.

Knyazev seems to have lost much of his edge. He doesn’t seem to plan much for tactical situations, and is very straightforward – a stark contrast with the formidably resourceful super-assassin he was. He tends to stand and fight, not hit and run, unless ordered otherwise. He’s also much slower and clumsier than before, both physically and mentally.

He now seems to have mental health issues. He occasionally becomes strangely unresponsive and sloth-like – or, on the opposite, descends into a destructive rage with suicidal overtones.

KGBeast’s English is now mangled, and he being using much of the passive form and redundant verbs. His turns of phrase are pseudo-Russian, and old USSR vocabulary occasionally creeps in. While the old KGBeast talked little and with eloquence, the new KGBeast often makes grammatically fuzzy threats.

“Welcome to the Blackgate gulag, comrades. And the rest of your lives.”

“Glad am I to be seeing you are not dead. So I may be killing you !”

The KGBeast is still a Godless Communist, so he still cannot win. This isn’t as pronounced as during Cold War stories, though, and is covered by the Unluck Drawback – with an extra modifier.

By Sébastien Andrivet (based on v1 and V1.1, both published by Mayfair). 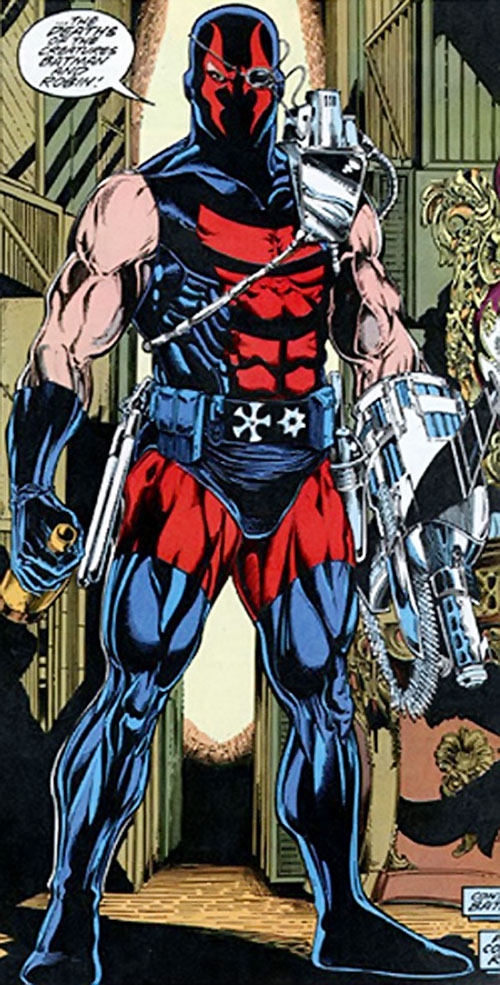 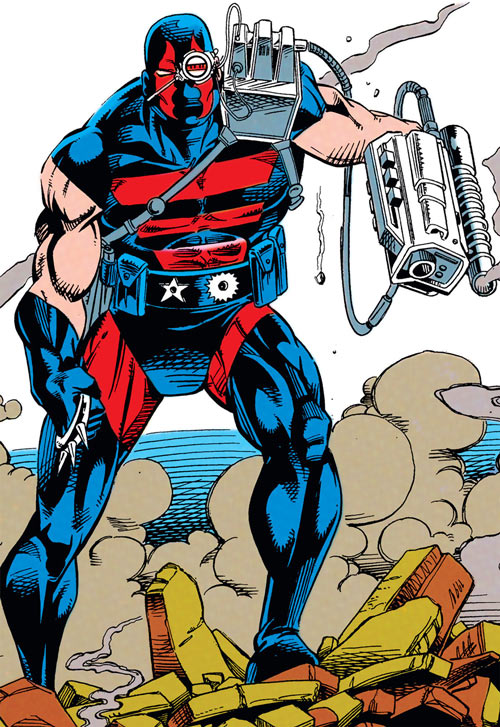