His constantly burning body is a constant threat to anyone who gets too close to him. Furthermore, Khaos can project his flames short distances.

His flames also allow him to fly.

Khaos was a subordinate of Sude, one of the main crime chiefs of Meta. When Sude seemed to lose his hold on power, Khaos challenged him, and went off on his own. Sude soon fell, and Khaos took advantage to start a terror campaign. He caused enough destruction to force the ruling council to cede power to him.

Most of the council were duly intimidated. But the President refused to submit, so Khaos decided to dispose of him. Rampaging through the Presidential Palace, Khaos was opposed by fugitive security agent, Rac Shade. 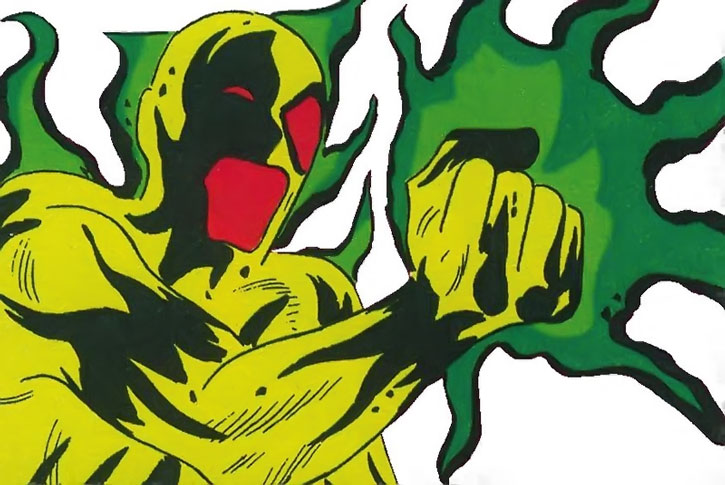 They fought, and Khaos’ energies combined with those of Shade’s M-Vest to cause an explosion.

Khaos went hurtling away as a cloud of energy, his fate unknown.

Belligerent and aggressive, Khaos is blunt in his approach to problems.

He generally seeks to intimidate people into following his commands. He has enough personal power that this approach usually works.

“No, Sude ! I no longer listen to you or follow your orders ! I am unafraid to denounce you — a timorous has-been, no longer worthy of exercising power over one such as Khaos, lord of terror and destruction !”

“For I intend to seize control of Meta without you, Sude. Not with a blundering organization like this one, but through bold and imaginative actions such as only my genius could devise !” 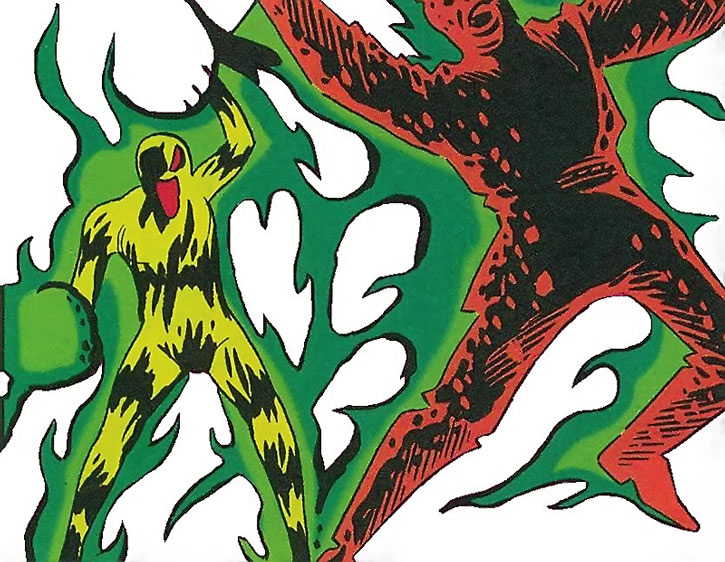 “Ha ha ha ! A madman, am I ? Your grisly death shall be a warning to all of Meta that to defy Khaos is to court doom !”

“Prepare to die, Olon ! For with your death, I, Khaos, shall become supreme master of this entire planet !”

Bonuses and Limitations:
Flame Being is Always On (-1). 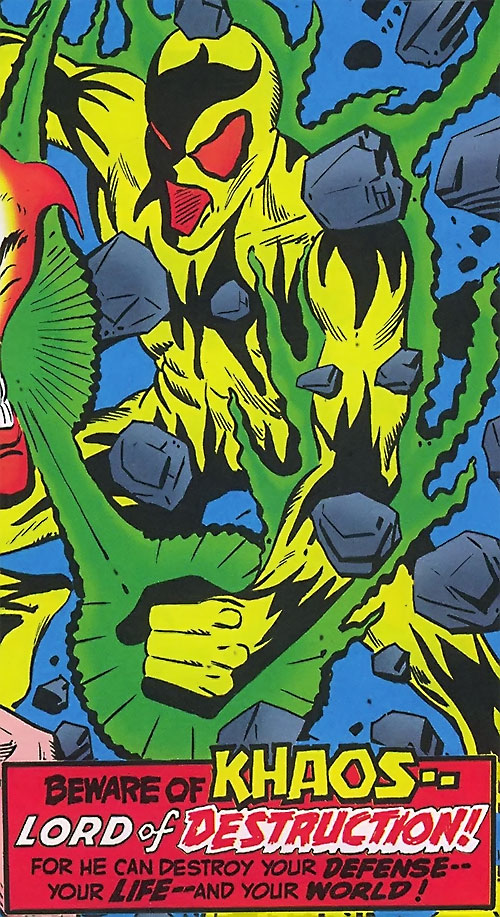