James has the ability to alter quantum fields, slowing time around a target.

His inborn power is weak, and he relies on a stasis belt to augment his abilities.

James Cullen was the proud possessor of the power to project a time-stasis field that could paralyze anything inside it. He also had a power-belt that augmented this ability. The problem was, he was too proud.

At the time the Legion of Super-Heroes was formed, he was one of three contestants for the title of Champion of Xanthu. However, his bid for that title was cut short when the Xanthusian government chose him to represent that planet as a Legionnaire, much to his dismay.

The newly-named Kid Quantum met his nine teammates on Earth, and immediately alienated them with his arrogance.

His pride, though, proved to be his undoing. In the Legion’s first fight, against Tangleweb, James refused to listen to Leviathan’s orders. He tried to take on the creature be himself.

He caught Tangleweb in his time-stasis field, but while he bragged about it, the strain of holding the very strong creature shorted out his belt, and Tangleweb broke free and snapped James’s neck.

James was the first Legionnaire to die in action.

James has dark skin and wears his hair in dreadlocks. His costume is black and purple.

James was a proud, arrogant Legionnaire. He, like Leviathan, was interested in glory but, unlike Leviathan, he desired the glory all for himself. It was this that proved to be his undoing.

Bonuses and Limitations:
Loss Vulnerability – Time Slow is lowered by 5 APs unless he wears an active STASIS BELT. 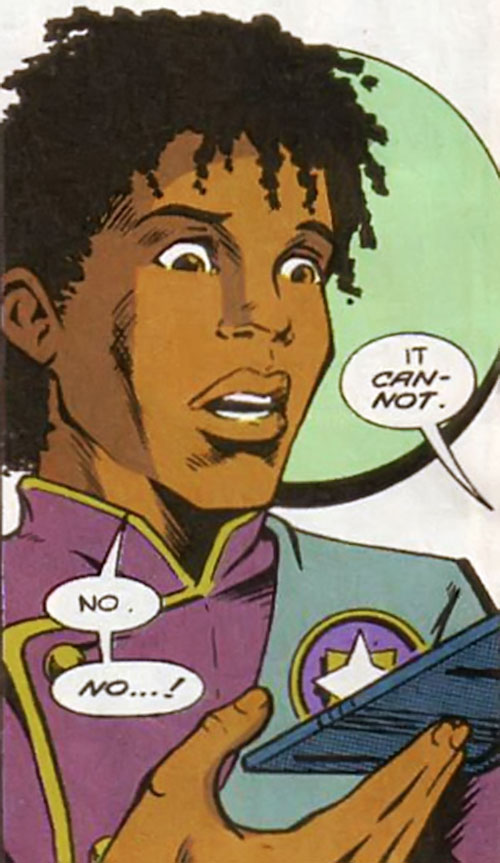 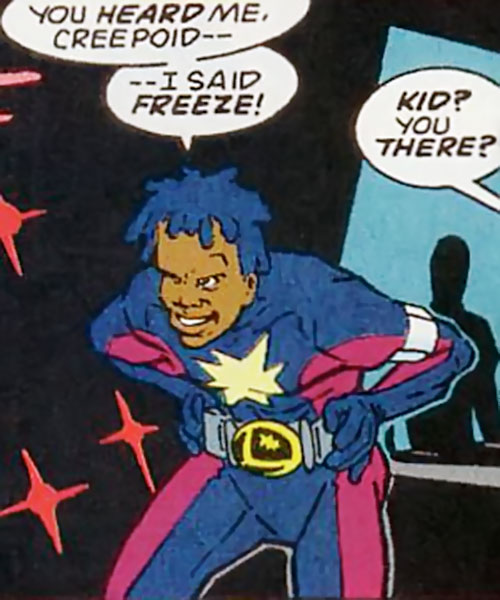