Jazmin has the ability to alter quantum fields, slowing time around a target. Her inborn power was originally very weak, but was raised through scientific experiments.

Jazmin Cullen was, like her brother James, born with the ability to create a time-stasis field in a limited area. She also augmented this with a power-belt.

After her brother died in part due to being overly confident in the belt, she studied the biophysics behind her powers. Then she had scientists increase her powers for her so that she’s never need to rely on external devices. The government of Xanthu then selected Jazmin to join the Uncanny Amazers, which her brother used to belong to.

Since James died on his first Legion mission, she bore a grudge against the Legion for not helping him more. But her attitude toward the Legion changed when she watched them fight against the Amazers for Star Boy’s services. This shift continued after she discovered that her brother’s own arrogance was the cause of his death.

Her respect for the Legion grew after she fought alongside the Legionnaires against the powerful sorcerer Mordru. When Xanthu was invaded by the Natra Dellons, Star Boy invited her to join the team, and she accepted. Her membership was later confirmed by an official vote.

Jazmin has dark skin and wears her hair poofed up. Her costume, like her brother’s, is black and purple.

Jazmin is fierce and strong-willed, but also kind and friendly. 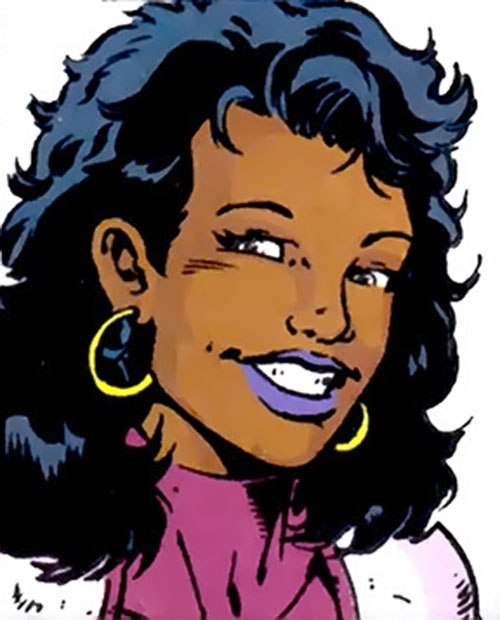 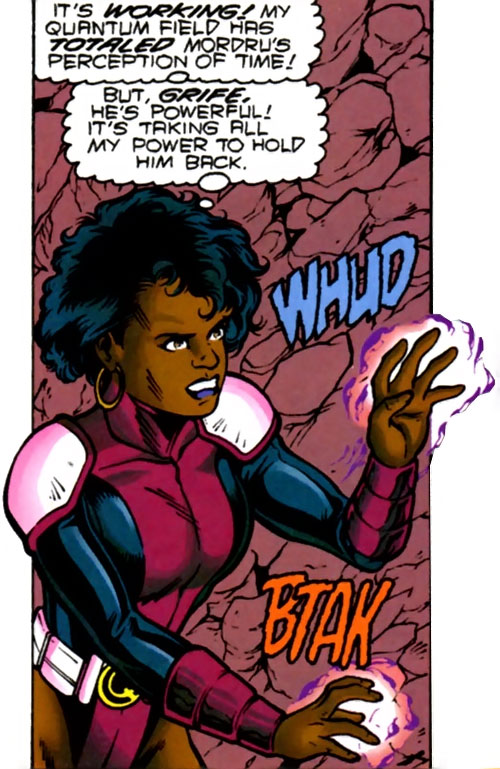